2 Kommentare March 30, 2018by Thorben
Hey, guys! Just a heads up: The linked offer is already a bit older and the price of the gadget might have changed or it might not be available anymore.

Doogee has made a lasting impression on us lately. At the Mobile World Congress 2018 the Doogee V with fingerprint sensor in the display convinced. But even beyond this flagship, the manufacturer has interesting end devices up its sleeve. The Doogee S50 serves the outdoor niche, receives IP68 certification and is even equipped with four cameras. 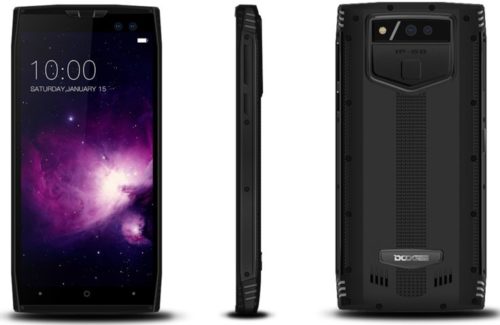 While you didn’t even consider the Vernee V2’s outdoor target group, you can clearly see that with the Doogee S50. At first glance, it even looks like the Blackview BV9000, due to its slightly chunky, angular design. A fairly wide border on all four sides surrounds the display, whereby the lower and upper screen borders are naturally wider. At the right and left edge there is a thin orange stripe which bends slightly towards both ends and gives the S50 an almost oval appearance. However, the black housing does not follow this, which means that the angular appearance remains.

The reason why the two screen borders at the top and bottom are so wide is that Doogee relies on touch-sensitive keys. They’ll be used underneath. There is room above for the two front cameras. This reminds us of the Doogee Mix 2, which also works with two front cameras. On the right side is the power button and the volume switch, opposite is the SIM slot. The headphone jack on the top is covered, as is the Micro-USB port on the bottom. The fingerprint sensor, on the other hand, is on the back. 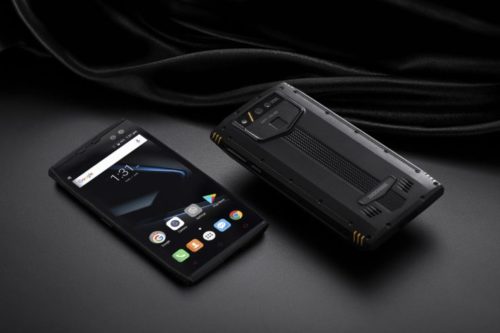 The display is 5.7 inch, just like the BV9000, and also only needs a resolution of 1440 x 720 p. This results in a pixel density of 282 ppi. That this doesn’t necessarily have to be bad, we also noticed with the Blackview device. In addition, a lower resolution will be reflected in the battery life.

Like the already mentioned Blackview, the Doogee S50 has an IP-68 certification. This means that it is dust-tight and protected against permanent immersion. Especially in the outdoor context, this is almost essential. The smartphone should also be shockproof. The back is made of TPU, thermoplastic polyurethane from Bayer (yeah!) and polycarbonate. The Chinese manufacturer has carried out several tests, whether in water or sand and certifies the S50 to be absolutely resistant to such external influences. You should also be able to take photos under water! 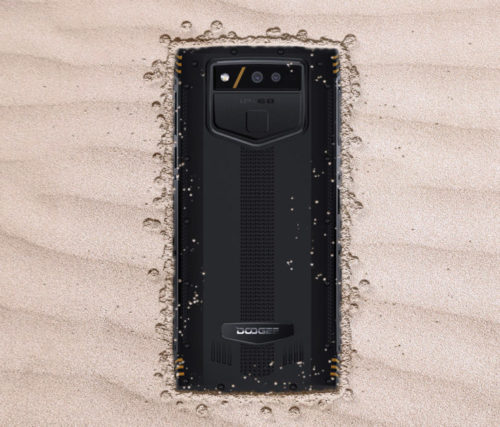 Hardware – one step ahead

One aspect in which the Doogee S50 is definitely ahead of the Blackview BV9000 is in the hardware selection. The Helio P23 processor used here makes more sense than the Helio P25 (BV9000). In the outdoor context, the minimally weaker performance is less important. But he is by no means weak. After all, the Helio P23 offers eight cores with a clock frequency of 2.3 GHz. The advantage is that it is more energy efficient than the Helio P25. Ideally, this means more battery life – an important criterion for an outdoor smartphone! In addition, there is 6 GB RAM for multitasking tasks and either 64 GB or 128 GB internal memory.

Speaking of battery life: Doogee uses a 5180 mAh battery, which in combination with the Helio P23 should achieve a good battery life. Here the Doogee could well pass the BV9000, which was not completely convincing in this area. 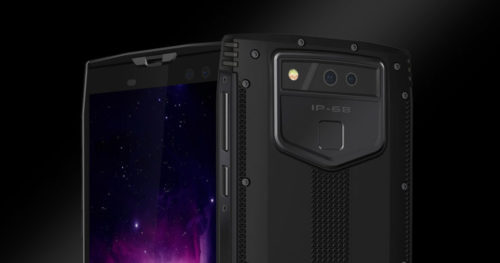 An interesting feature of the Doogee S50 are the four cameras, two at the front and two at the back. A combination of a 16 megapixel and a 13 megapixel sensor on the back and the dual camera, consisting of 16 MP and 8 MP, we know from the Doogee Mix 2. The highlight was definitely the wide-angle front camera, which is used here again.

The connection possibilities are not exactly unimportant with an outdoor smartphone. That’s why it’s good that Doogee thinks of LTE, Bluetooth, WiFi, OTG, but also GPS. The S50 also offers physical connections. The Micro-USB connector is located at the bottom and a 3.5 mm jack connector at the top. 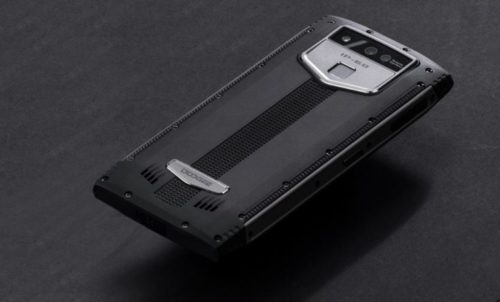 Admittedly, we are fans of Doogee and we have a lot of hope for this manufacturer this year. The concepts of the Doogee Mix 3 and Doogee Mix 4 prove that one is innovative, and the S50 also sounds very promising, especially the processor selection in connection with battery and display pleases me. They seem to be one step ahead of Blackview, who have already done very well with the BV9000 in our test. Blackview, on the other hand, provides the better camera. Both outdoor smartphones are definitely at eye level, a test could only produce a clear winner.