Double Eagle motorcycle with sidecar with 629 pieces for $58.99

4 Kommentare May 24, 2018by Thorben
Hey, guys! Just a heads up: The linked offer is already a bit older and the price of the gadget might have changed or it might not be available anymore.

Many of these Lego-style kits are primarily aimed at a younger target group. This Double Eagle motorcycle with sidecar, which places more emphasis on realism, is perhaps more for collectors. 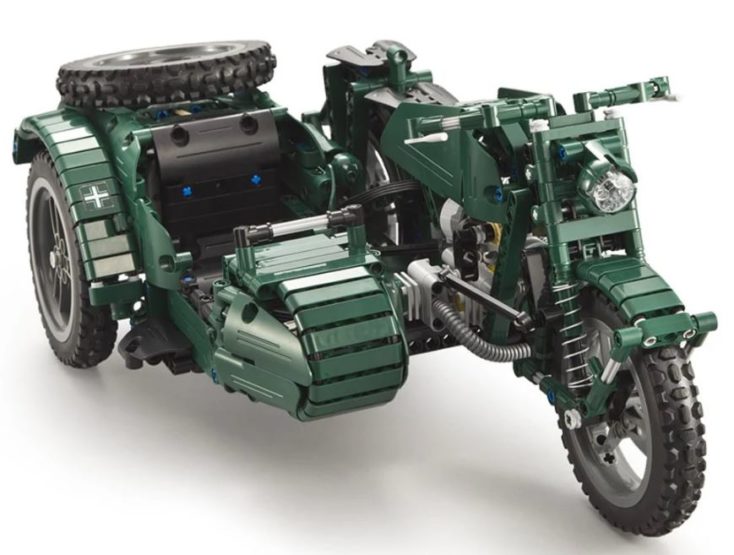 I confess that I am not an expert in motorcycles, especially those from the Second World War. Probably this kit is also based on a real model, at least it comes with a lot of small details. So especially building up here should be a lot of fun. A prerequisite for this is, of course, that the manual is comprehensible and well illustrated; unfortunately, photos of it are missing in the description. 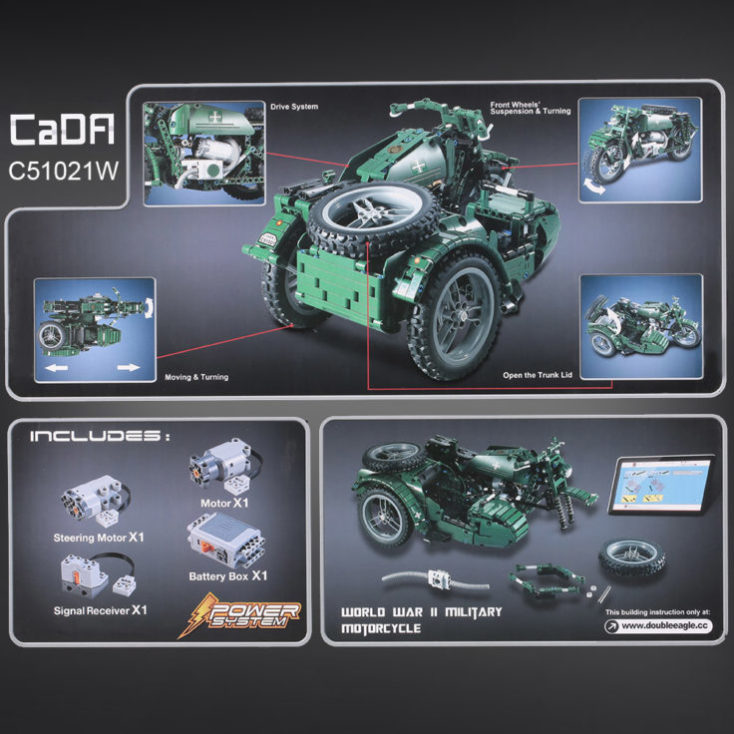 Besides the detailed design it is especially cool that there is a built-in motor. So the motorcycle can really ride and can be controlled with the enclosed remote control. It doesn’t have the familiar shape of quadrocopters or other RC cars, but is just a block with battery compartment and two levers.

This Double Eagle motorcycle consists of a total of 629 individual parts, which should probably take one to two hours to assemble. The finished model is then 360 x 224 x 185 mm. So you have to clear a little space in the showcase.

The manufacturer Double Eagle (sometimes called Double E) appears only sporadically in the different shops. There are no comparable models at TomTop, AliExpress has a tank made of nearly 1500 parts, but it is much more expensive. 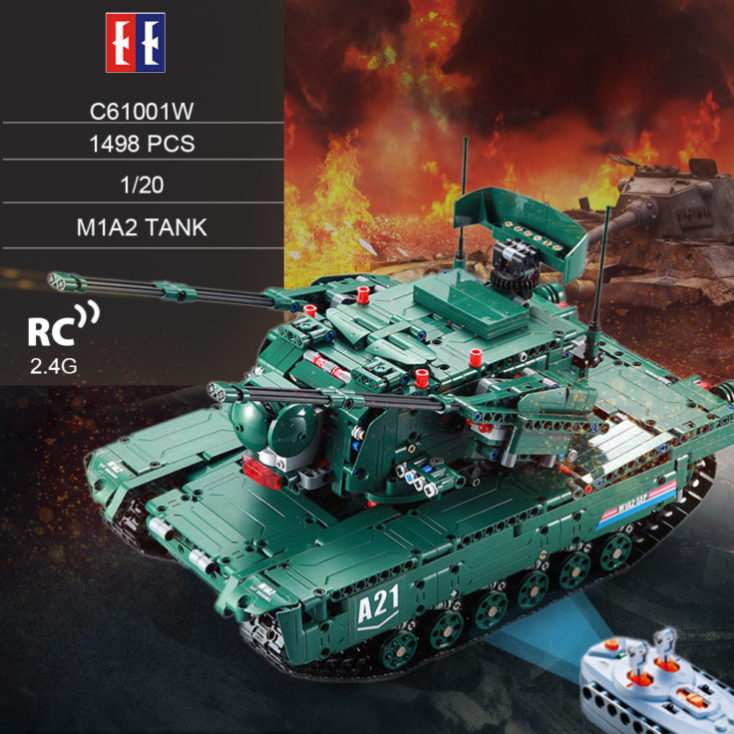 The price for the motorcycle is not really attractive. Yes, you probably pay more for a comparable Lego model (and Lego doesn’t actually have war vehicles in their range), but it’s not the great price. Over $200 for the tank is another house number.

What do you think of the models? What are you ready to spend on such sets? Do you have any at home yet?