Dreame has released the new version of its mop vacuum cleaner in its home market. There are innovations in the Dreame H12 at the mop head, which is now open on one side. But drying via hot air is now also possible. A sensible new model? 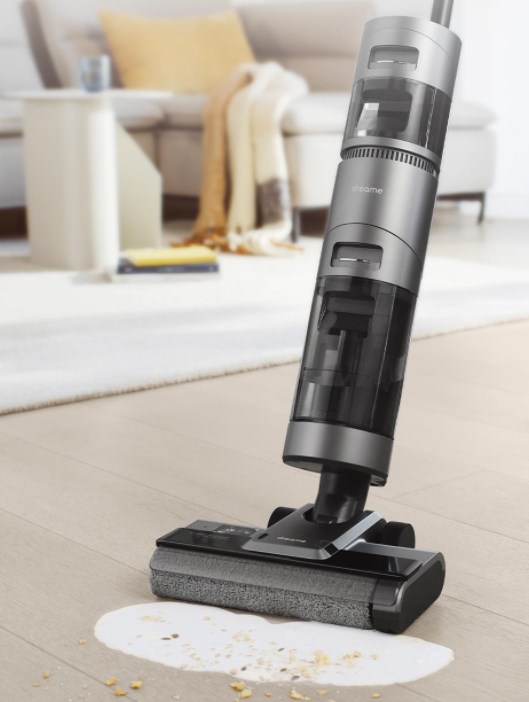 Looking at the Dreame H12, there is no doubt that it is the successor of the H11. Because nothing changes in the basic design here. The fresh water tank is at the top, which shrinks by 50 ml to 850 ml, and the waste water tank is further down with the same 500 ml capacity. 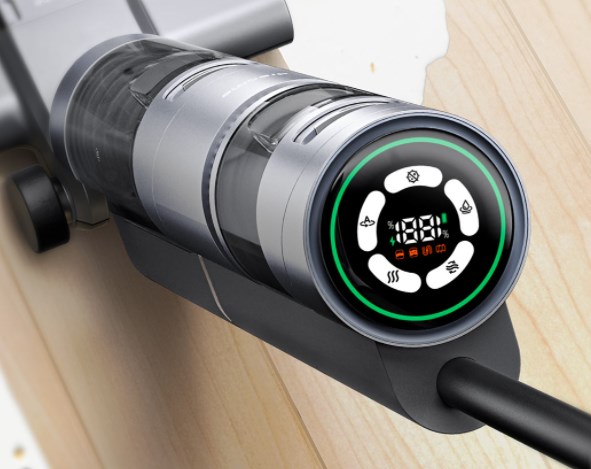 The first changes can be found on the screen, which still looks the same in the center, but now has a circle of additional displays. Also making a return is the voice prompt, which is kind of a thing with the wiping vacuum cleaners.

But the main innovation is the new wiping head. This is open on one side and thus allows cleaning up to the edge. This also works similarly for the Roborock Dyad. 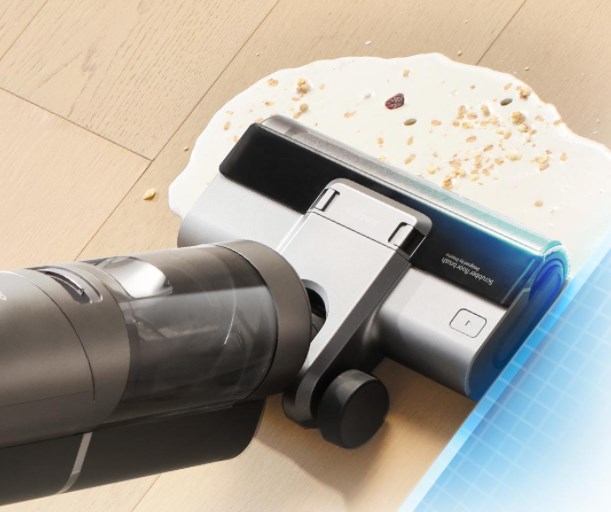 At the same time, the H12 also gets 100W more power, but we’ll have to see how that is reflected in practice. However, the automatic suction power adjustment, which I did not always like from the predecessor in the test, is also included again.

Hot air drying in the fight against mold & co.

Partly, it takes a very long time until the roller from the wiping vacuum is dried. Xiaomi has been inspired here and now installs a hot air drying system. This greatly reduces the drying time and does not give mold or the like the chance to form. 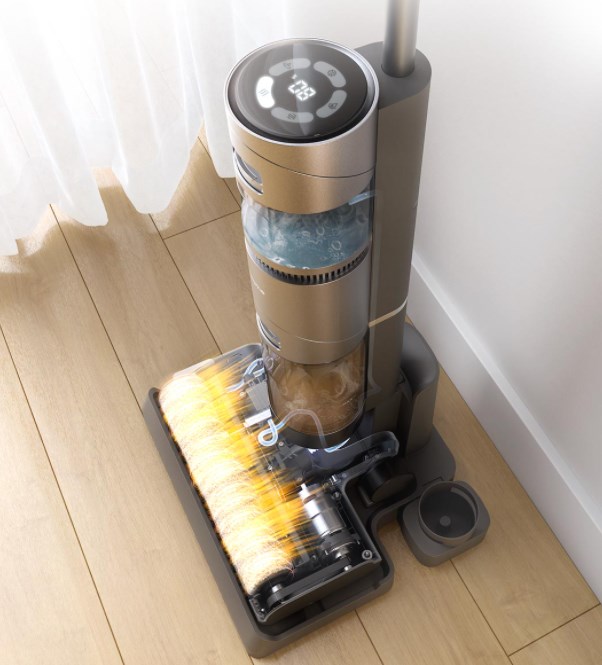 One feature where I’m still not quite sure if it really works and is even necessary is the electrolytic water disinfection. This is supposed to kill bacteria in the wiping water.

The innovations of the Dreame H12 are also limited. For our impressions of the predecessor, you can take a look at our review. However, most of the innovations make sense, especially the open wiping head, which means that edges should no longer be a problem. The hot air drying is also a plus point, as the roller of many battery-powered vacuum cleaners is still slightly damp after 24 hours.

It is not yet known when the vacuum cleaner will come to us. Surely, however, it will soon be available for import. However, the price in China is not exactly small, the equivalent of $459.49 (~2899 yuan) is what you want for it. If you look at the RRP of $427.79 (~2699 Yuan) of the predecessor, that could change quickly in retail, though. Because it is even available in our electronics store for around $330.