4 Kommentare March 11, 2021by Tim
Hey, guys! Just a heads up: The linked offer is already a bit older and the price of the gadget might have changed or it might not be available anymore.

It is extremely rare for a tester to be satisfied with every new model from a manufacturer. Dreame offers good value for money, technology and innovation. The fact that all models have been successful so far is also due to the fact that they build on each other. Thus, the Dreame V12 is again very similar to its predecessors, but brings new ideas and features. 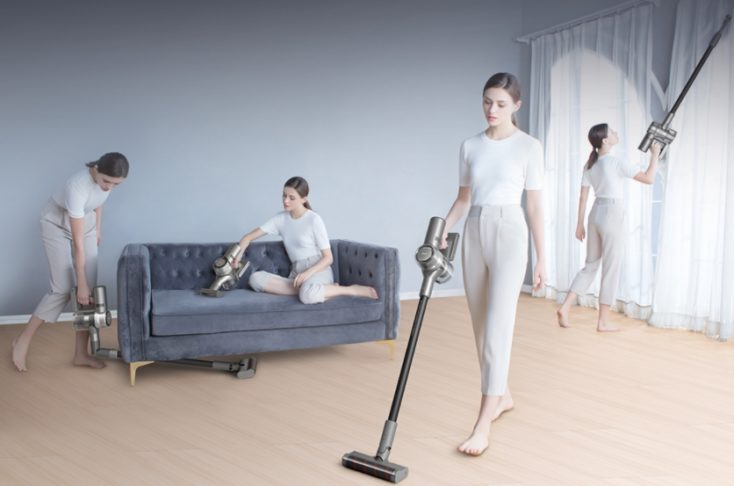 No Dreame vacuum cleaner has ever had more suction power, even the NEX 2 Pro only has 26,500 pa on the scoreboard. With 27,000 pa suction power, the Dreame V12 is – at least according to the technical data sheet – a whole 3,000 pa above that of the Dyson V11. However, before you get excited about a wiping function through the pictures, as with other Dreame models before, you should keep in mind that this was only ever included with Dreame (for whatever reason) in China. Accordingly, we can also assume here that the V12 will not be able to wipe.

So far, we have only had two battery vacuums to test here with the predecessor V11 and the Roborock H6, which brought 90 min working time. The Dreame V12 can also be used in larger rooms. The working time naturally depends on the degree of soiling of the four walls and the type of use (frequent changing of the suction levels). The selected suction level including battery power can be tracked via the built-in display.

Okay, so we have a higher suction power here, the vacuum is also not supposed to be too loud despite the lack of decibel specifications, but otherwise tried and true. But what’s really new?

Unlike the Jimmy JV85 Pro with a flexible vacuum tube, the V12 does not have a flexible plastic tube that can be bent. An intermediate piece included in the scope of delivery makes the suction tube more accessible for areas under furniture that are otherwise harder to reach. Here, Dreame was a bit smarter than Xiaomi’s own competitor, the Jimmy, since the intermediate piece allows the vacuum tube and the floor nozzle to reach further under furniture than with the Jimmy variant, where the vacuum tube is bent quite centrally. However, Dreame could also copy it from Jimmy, after all Jimmy was on the market with this technology before.

The topic of LED lights on the floor nozzle is a controversial one that Dreame has not been involved in so far. They still don’t, but they do install some LEDs on their crevice nozzle attachment, which is supposed to help you see dirt and grime better in dark areas during handheld vacuuming. 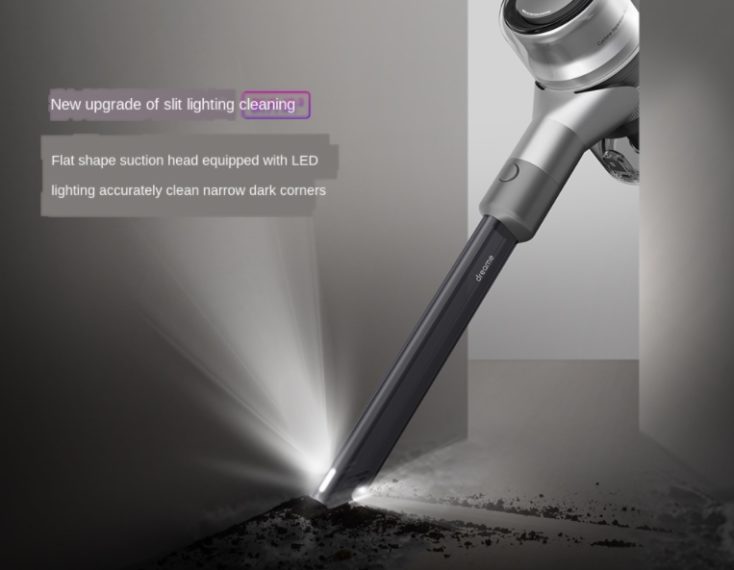 A good idea in theory, provided the LEDs also shine brightly enough. In addition, the question arises why this attachment of all things was equipped with them. In the following picture you can see, marked with the numbers 10 and 11, the mentioned attachment and middle piece.

The two flex hoses of different lengths (5 and 6) are also interesting. However, since this is most likely the China scope of delivery, it is unclear what the scope of delivery for Europe will include. At least not a replacement battery, since the 3000 mAh battery of the V12 is incomprehensibly permanently installed. The exact same main element as in the V11 was probably chosen and only the motor was replaced. However, a replaceable battery is now part of the basic repertoire of a flagship vacuum cleaner. This guarantees a longer lifetime for the vacuum.

Xiaomi has lost some ground with me lately, Dreame on the other hand continues to hold strong for me in terms of new products. Of course, Dreame is part of Xiaomi, but you can look at it differently with the many subsidiaries. A new flagship model first makes us want more. The specs read very well, the new features are appealing, and the price will be reasonable considering the scope – which has always been the case for Dreame. Apart from the non-replaceable battery, no other drawbacks can be found without a test phase. Of course, the price will also play a big role in the review.

When, how and where the vacuum will appear is still unclear. However, we would advise Dreame against a crowdfunding campaign after the T20 crowdfunding debacle.

Your opinion on the new Dreame?