0 Kommentare February 14, 2022 by Fabian
Hey, guys! Just a heads up: The linked offer is already a bit older and the price of the gadget might have changed or it might not be available anymore.

With what speed Dreame develops Vaccum Cleaner is really amazing. In China, they have now released the Dreame W10 Pro, which adds object recognition to the previous model. Is it worth the wait?

Pro version in a hurry?

Only recently, the Dreame W10 was released here, which attracted positive attention with its good suction and wiping performance. The model has been on the market in China for a bit longer, which is why the Pro version is already available there.

The new Pro version should also be seen as an extension of the previous model, because only a few innovations have been added. The actual cleaning performance remains the same. There are improvements in the navigation and the cleaning station.

Instead of only relying on navigation via the laser tower, the front of the W10 Pro now has cameras that are used for object recognition. Dreame calls this function AI Action. The Vaccum Cleaner should be able to recognize cables, furniture, etc. better. Experience has already been gained with the Dreame Bot L10 Pro. So far, the systems are not quite perfect and especially cables are a challenge for the models. Therefore, I hope for technical progress here. The camera is problematic for some, since privacy concerns can be raised here. 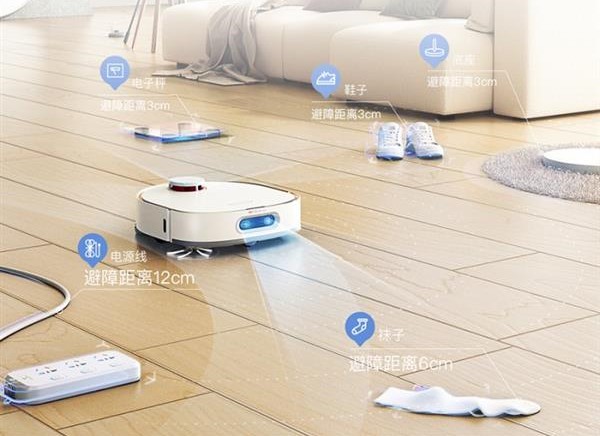 Another innovation is supposed to be the disinfection of the wiping water. Such promises are quite difficult to comprehend without a lab, and so far we couldn’t really see the benefit. Possibly just a useful feature to have, but regularly new water and cleaning should not be neglected.

Actually, we are already through with the innovations here. Of course, the price is still important. In China, it costs the equivalent of $746, but if you look at the European prices for the normal model, you won’t get it that cheap here. So rather expect prices above $1100 here.

So should Dreame W10 owners quickly exchange now? I don’t think so, because it will take a while until the model is released here and you will have to pay more. The object recognition is helpful, but I would have expected an integrated suction station in a Pro version. Maybe there will still be an Ultra version 🤷♂️

What do you say, should they have taken more time here and put together a more comprehensive package?