0 Kommentare March 28, 2019by Jens
Hey, guys! Just a heads up: The linked offer is already a bit older and the price of the gadget might have changed or it might not be available anymore.

Maybe one or the other has already seen this gel cushion in a permanent advertising programme. The seat cushion should be so soft and well padded that you can even sit on a raw egg without it breaking. Can that be true? 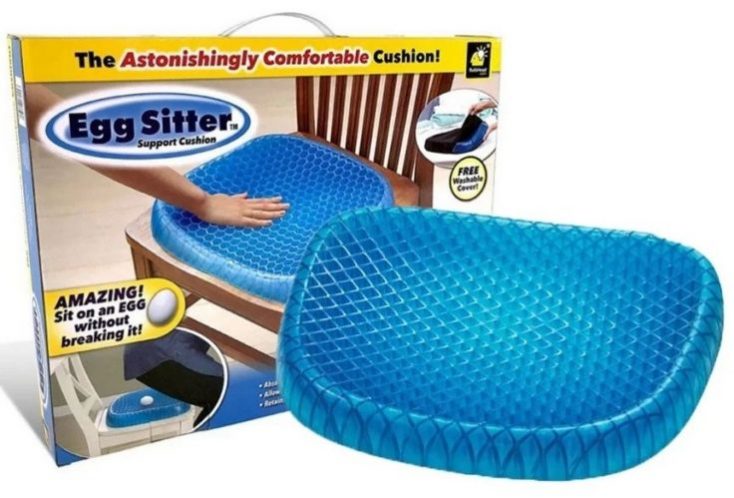 Whether the gel cushion is really the original is hard to understand. The Chinese deliver the cushion here in identical packaging at a comparable price. It seems to be the same cushion. And also TomTop, from whom we got the cushion, use the picture of the non-breaking egg to advertise.

The cushion is made of soft, extremely deformable silicone with a permeable honeycomb structure. The latter is supposed to provide the advertised stability. Thanks to the material it is easy to clean and of course washable with water. There is also a cover with zipper. It can then be machine washed. In addition, the cushion with the black cover naturally looks a little more beautiful than in the shiny light blue. 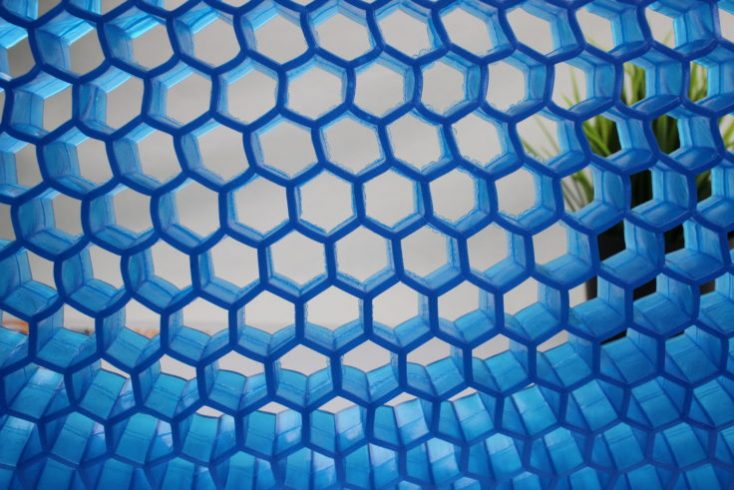 How comfortable the cushion is is relative to a certain degree. On an already reasonably comfortable office chair, the difference is not as big as on a hard surface. It’s definitely not uncomfortable, but the big WOW effect didn’t happen with almost all test persons. Whether the cushion has a positive effect on the general posture after several months of use is another question. The long-term test is still pending, but so far I am skeptical.

Certainly also depending on personal preference. I do not have the impression yet that I need such a cushion; Alex swears by the SISSEL Sit Fit Plus for a few weeks and also uses it here in the office.

The endurance test: a raw egg

The most important question that burns on everyone’s tongue is, of course, that of the egg. Can you really sit on a raw egg? On the packaging there is also talk of keys and wallets in your pocket, which you shouldn’t notice on the cushion. Here I was surprised that it actually works well. You hardly notice you are sitting on a bunch of keys, and the wallet in the back of your trouser pocket is also less annoying. The only question is how relevant that is. Just because I can do it theoretically doesn’t mean I’m going to sit on my keychain.

And the raw egg? We have tried it, and I have to admit, despite previous doubts: Yes, it works. I had a second pair of pants to change because I was sure I was going to have a little mess. And I had been looking forward to making fun of the false advertising promise. That was probably nothing. Since cushion and the lower human body end are both well padded, the weight distributes itself well enough.

The gel cushion is definitely more comfortable than an otherwise hard surface. On an upholstered chair it doesn’t make the big difference anymore. We can’t judge whether it has a lasting positive effect on posture – we need an orthopaedist for that.

The advertising promise with the raw egg can actually keep it – I honestly didn’t expect it. I must therefore express my appreciation to the manufacturer for this. But I don’t know what benefits I can derive from it now.

I personally (and I sit at least eight hours a day in front of the computer due to my job) can’t take much pleasure in the cushion despite everything. Yes, I sit quite comfortably on it, but I also sit comfortably in my office chair and the cushion doesn’t really enhance it now.