1 Kommentare August 13, 2019by Thorben
Hey, guys! Just a heads up: The linked offer is already a bit older and the price of the gadget might have changed or it might not be available anymore.

Elephone U2? U2? You, too? Yeah, Elephone too. The smartphone manufacturer also jumps on the bandwagon of the pop-up front camera, but doubles the number. The Elephone U2 is actually equipped with a double pop-up cam. Technical data of the Elephone U2

The retractable front camera also gives the Elephone U2 a rimless design, the manufacturer speaks of a 93.1% screen-to-body ratio. This is due to the fact that the 6.26 inch LC display occupies most of the front and the screen edges are relatively thin. Elephone states a thickness of 3.48 mm for the lower screen edge, but we can only confirm or deny this in a review. The panel offers a resolution of 2280 x 1080 p, which results in a pixel density of 403 ppi. On the back you will also find a currently popular design. As for example with the Xiaomi Mi A3 there is the manufacturer logo on the left underside, in the upper left corner there is a triple camera that has been split into two camera modules. Underneath is the flash. The glass back is available in either black or blue-green and is slightly rounded towards the sides.

The dimensions of 15.33 x 7.49 x 1.03 cm appear relatively normal, but the thickness of more than one centimetre is above average. The weight of 197 g is comparable to the weight of the Xiaomi Mi 9T, which is also equipped with a pop-up cam. The fingerprint sensor is probably located on the right side of the case frame.

Not only the design is exciting, but also the processor used is a wise choice. The MediaTek Helio P70 processor offers a clock frequency of 2.0 GHz and is combined with the Mali G72 GPU. We also know the P70 from the UMIDIGI S3 Pro and also there the CPU did a good job. Therefore, we are very satisfied with Elephone’s choice here, especially since the Elephone U2 also has 6 GB RAM and 128 GB internal memory. It can actually be expanded with a microSD card.

The mentioned triple camera is in fact anything but a triple camera. It consists of a 16 megapixel main sensor with a ƒ/1.6 aperture, a sensor for depth information and an additional “light sensor”. This also supports portrait shots, but unfortunately you don’t get an optical zoom or wide-angle shots. Too bad Elephone – that seems to me a bit too much like deception.

More interesting is the double front camera, which consists of a 16 megapixel and a 2 megapixel sensor. The secondary sensor also helps with portrait shots, as we already know from the Xiaomi Mi Mix 3. It’s exciting to see how well the mechanism has been tested and developed. After all, this mechanism is fundamentally susceptible to errors and must also be quick to drive out.

Otherwise Elephone relies on a relatively small battery. 3250 mAh are almost below average, because we don’t expect Elephone’s operating system to be especially optimized for battery life. This is based on Android 9, but should have been slightly adapted by Elephone. After all, this is adjustable to several languages and it is equipped with LTE Band 20 and 28. In addition there are GPS, A-GPS, GLONASS, Bluetooth 4.2 and ac-WiFi, but unfortunately no NFC – too bad! 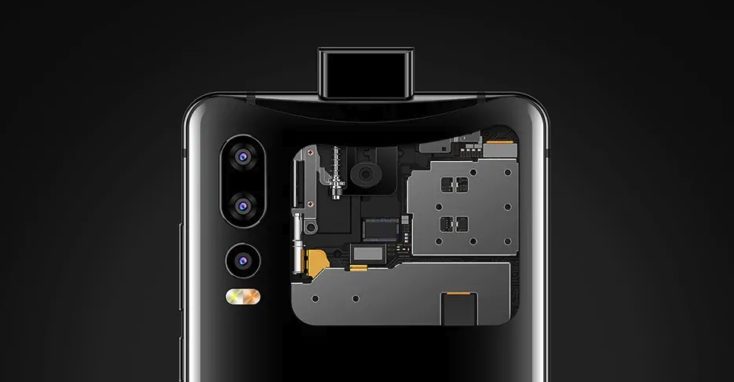 The hybrid SIM slot allows either two Nano SIM cards or the use of one SIM card and one microSD card. In addition, there is a USB type C slot and a 3.5 mm jack input.

Elephone didn’t convince us recently with the Elephone A5. But the Elephone U2 looks at least interesting, even if it allows itself a few blunders for the price. No real triple camera, no NFC and a below-average battery cloud the overall picture. Nevertheless, we’d definitely like to give the Elephone U2 a chance. How do you see it or do you think the phone is a bit too expensive?