eufy Security Smart Drop – The smart safe for your orders ($199)

So that the long anticipated online order (perhaps a new China gadget?) won’t have to lie unprotected in the rain, eufy has just introduced a smart storage box for packages. Eufy Security Smart Drop is the name of the box, and is designed to protect the delivered package from prying eyes and potential thieves. 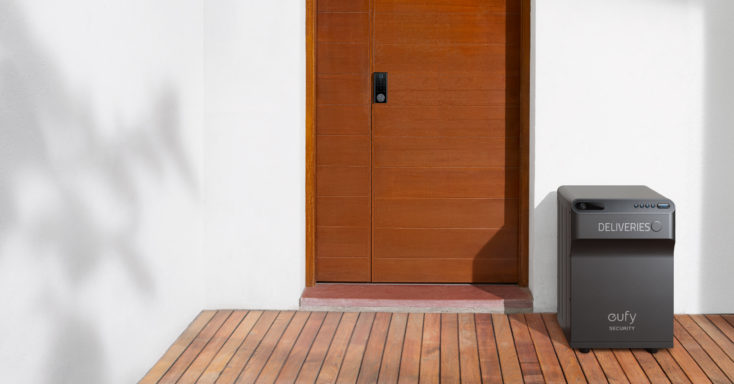 Even the mailbox is smart now

In simple terms, it is an electronically lockable box with a built-in camera that monitors who puts parcels in or takes them out. In detail, the whole thing works like this: When the box is empty, the lid can be opened at the touch of a button and a parcel inserted. Afterwards, however, the lock is activated and to access the contents you have to enter a PIN code. An infrared sensor also detects if someone is directly in front of the box, which activates the camera. The owner is informed via his smartphone and can both see who is at the front door and communicate with the person – ingenious.

In the video you can see how eufy imagines it to work.

Definitely intended for the US market

This becomes clear after watching the video at the latest: The box is primarily intended for the American market. In the United States it is much more common than in European countries to leave parcels at the door and not to hand them over to the recipient personally. There are many videos on the Internet about “Porch Pirates“, thieves who steal parcels from the porch in front of the front door. It is therefore a real problem that the eufy Security Smart Drop is designed to solve. 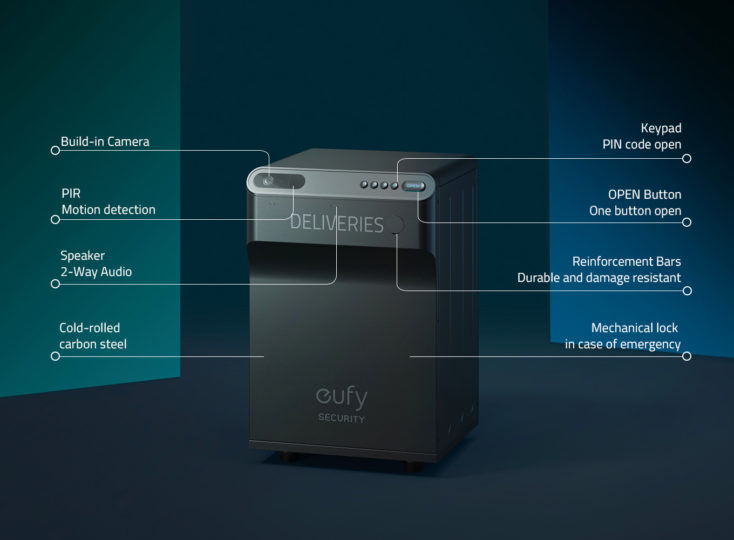 The box is 114.19 cm high and has internal dimensions of 58.42 x 36.57 x 32 cm, which is sufficient for most medium sized packages. Depending on what you order, however, packages can quickly become larger than this and then no longer fit inside. IP65 means protection against “strong jets of water”, so rain cannot harm it. The box can be “anchored” in the floor or in the wall of the house, so that a resourceful crook does not simply take the box itself. How exactly the anchoring is done, however, has not yet been shown in any videos.

How useful is the eufy Security Smart Drop?

Is eufy Security Smart Drop useful for you and me? Yes and no. Basically, it depends on where and how you like as most of us receive our parcels directly pressed into our hands at the front door by our mail man (or be allowed to pick them up from a neighbor or at the nearest post office) and might therefore have no use for this smart box. But for homeowners and people in the suburbs or in the country, it could be an interesting purchase if you order a lot but are often away from home. Instead of a delivery note such as “please put it behind the trash cans” you could use the Smart Drop as your preferred storage place. Maybe there are some people who would like to consider this; feel free to tell us what you think in the comments.

That leaves the price. The device in the Kickstarter campaign costs a whole 199 dollars. Wow, the security of your packages must be really important to you. I think this is still a very cool idea, but it’s usefulness depends a lot on your living situation. For all those anticipating the box: the eufy Security Smart Drop is scheduled for delivery from the third quarter of 2021.