0 Kommentare February 1, 2018 by Maike
Hey, guys! Just a heads up: The linked offer is already a bit older and the price of the gadget might have changed or it might not be available anymore.

Certainly, the MGCOOL explorer pro 4K action cam is not the first action cam to offer 4K in the low-price segment but the basic data and the price are already tempting. It is very similar to its older brother, the MGCOOL Explorer 1S 4K. But a closer look is worthwhile with these kind of product because when it comes to the resolution or other features not everything is completely right. Also the Explorer Pro is no exception. 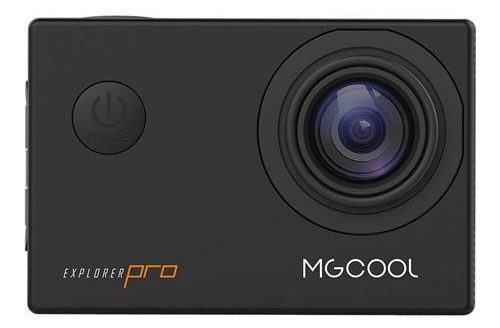 The case of the MGCOOL Explorer Pro 4K Action Cam is made of plastic and provides a grippy surface so that the camera does not slip out of your hands as quickly. The IP68 certified case protects the camera against dust and water up to 30 m depth. Without the Case, the Action Cam is not waterproof, as its connections are exposed, as you can see on the picture. 64 GB of maximum memory is enough for a few hours of video material.

On the back is a small 2 inch TFT display with a resolution of 320 x 240 pixels. This is not a touch screen. To navigate the menu and adjust the camera, you can either use the app or the physical buttons of the camera. To do this, you have a mode switch on the front, the shutter button on the top, and a toggle switch on the right side. 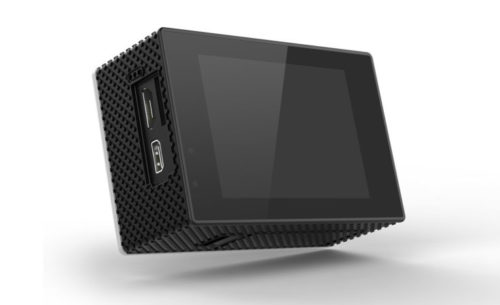 According to the manufacturer, the small Action Cam creates 30 frames per second, in 4K. The built-in Sony IMX179 sensor can represent a maximum of 8 megapixels, 3264 x 2448 pixels, but 4K is officially defined as a resolution of 3840 x 2160. So the chip does not support native 4K. Thus the 4K can only be interpolated.

Up to 60 FPS in Full HD resolution and 120 FPS in HD can be recorded, which is for slow motion recording no problem. This is very nice for action sequences and creates a cool effect. With the 170° wide angle SharkEye lens you can also create a generous image section that should capture action-packed events completely.

In addition to slow motion recordings, also timelapse recordings are no problem and apparently an interval of up to 60 seconds can be set. The APP provides also the function of loop recording, too. This means that the memory card is always re-recorded, which would theoretically also be suitable as a dashcam. 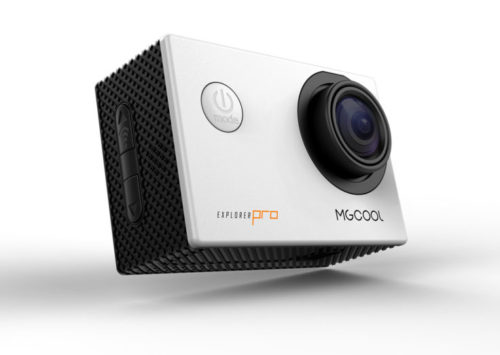 “You get what you pay for” seems to be the clear motto here. Of course you get for only 30 pounds no real 4K recordings, which most of the people hopefully know now. Nevertheless, with the MGCOOL Explorer Pro 4K Action Cam one gets either a solid entry into the world of action cams or you have a cheap second or third camera to record a scene from several angles. In addition you get for this price additionally some accessories, so are ready to start.