0 Kommentare January 15, 2022by Henning
Hey, guys! Just a heads up: The linked offer is already a bit older and the price of the gadget might have changed or it might not be available anymore.

A powerbank is useful anyway. Combine that with a jump start for the car and Fanttik T8 Apex comes out as a jump start package. So not only your phone gets a power boost for the ride. 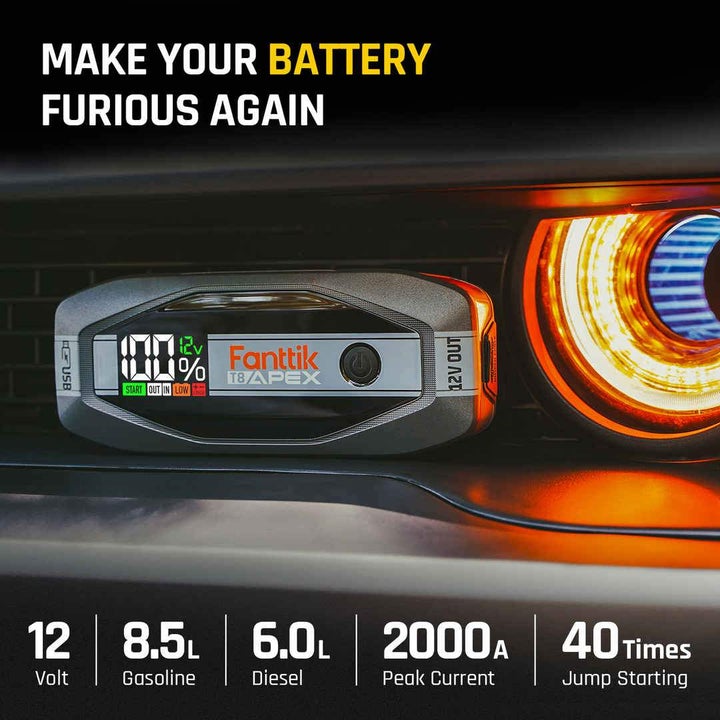 Jump start kit for your pocket

The jump start kit is a gadget for your car that will help you get it running again. The jump starter has a 3 inch LC display. On this you can see how much battery the device has as well as the current status. Also included are two USB cables, one with USB-A to USB-C and one with USB-C to USB-C, as well as a small bag to store the accessories. With an IP-65 certification, the little helper is also protected against splashing water and dust.

When you need a jump start for the car, you need to hook the included clamps to the battery and press the button. After that you can start the engine and drive off. However, please do not forget to remove the jump starter again. When jump starting, a peak current of 2000 A is supplied, which provides instantaneous jump starting. Supported are gas engines with 8,5L and diesel engines with 6,0L. Apparently you can also get boats running again with the jump start. The built-in powerbank has a capacity of 20000 mAh, making it one of the larger ones of its kind. Unfortunately, we don’t get any information about the size and weight per se, which is why I suspect that the pictures make it look a bit big.

The powerbank gets its power via USB-C. This can be used both as an input to charge the powerbank or as an output to power other devices. Besides the USB-C port, there is also a USB-A port that can only be used as an output. The maximum charging power of 65 W is really good for a powerbank and charges cell phones, tablets and the like quickly. A full charge of the powerbank battery takes just under 90 minutes and it is ready for use as a jump starter after five minutes. 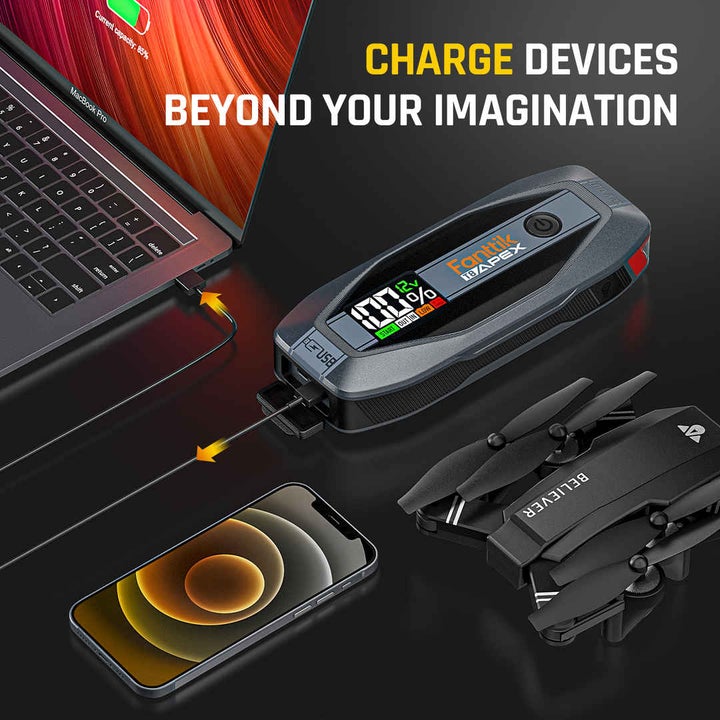 The jump start kit is a really handy gadget. You don’t need another car for jump starting and you always have everything in a small bag in the car. With the flashlight, built-in powerbank and IP-65 rating, you get features that are also useful.

I find the flashlight handy in the dark to be able to jump start properly. The powerbank is 20000 mAh and provides a power supply via USB with 65W. In the car itself, I would rather use the integrated powerbank for emergencies when you have no power. The IP rating also allows the device to withstand a bit and be used in light rain

With a price of $100, I think the device is too expensive, especially when you consider that a similar jump start package from other manufacturers can be had for less. You probably pay the extra price here for the quality and the better powerbank.