FeiyuTech G6 Plus: DSLR gimbal for $275 at Amazon

0 Kommentare September 21, 2018by Thorben
Hey, guys! Just a heads up: The linked offer is already a bit older and the price of the gadget might have changed or it might not be available anymore.

We’ve already tested FeiyuTech’s Gimbals, among other things we’re currently still using the Vimble 2 for some recordings with our smartphone. However, the FeiyuTech G6 Plus plays in a another league, because it can also carry SLR cameras weighing up to 800g. 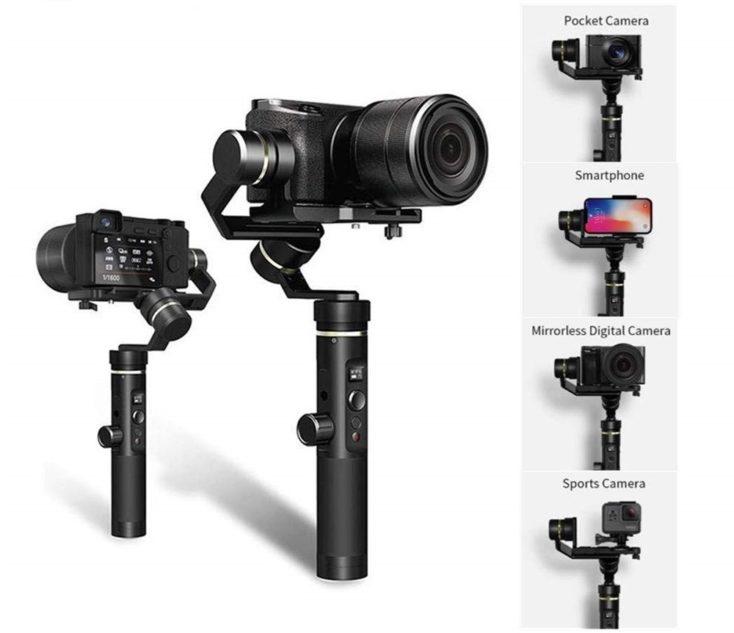 So far we have mainly presented and tested gimbals for smartphones and action cams. Remember: a gimbal stabilizes your camera by compensating for its inclination. A gimbal that can rotate in any direction is called a three-axis gimbal. The difference between the G6 Plus and the previous models is above all the higher payload. A more powerful motor is used, which also needs a more powerful battery, which results in a higher overall weight. The gimbal weighs over 600 grams, 1.5 times much as the above mentioned Vimble 2 from the same manufacturer. 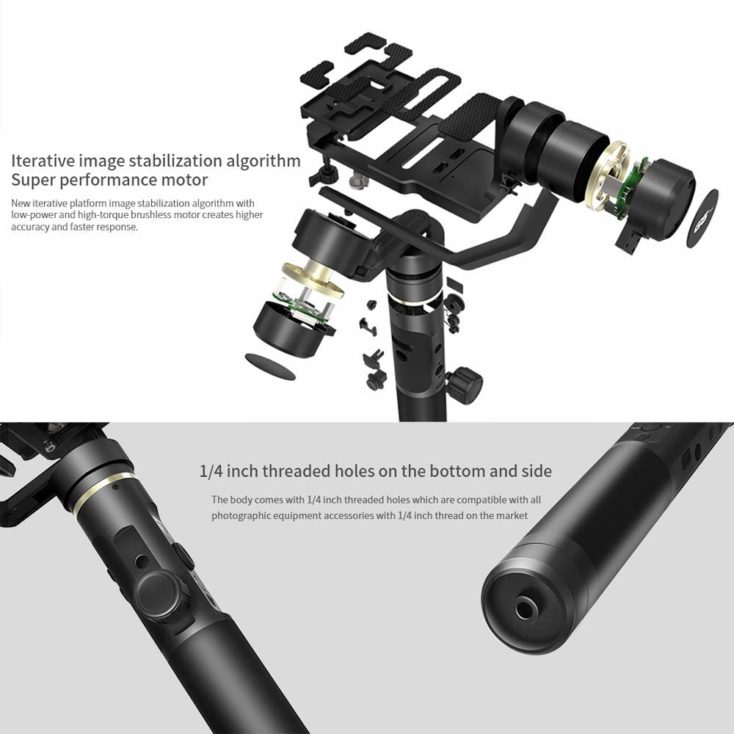 Although you can also use a smartphone or an action cam here, the G6 Plus is almost not worth it. Here you want to use your DSLR camera.

However, there are still limits here; the camera must not be higher than 7 cm, which excludes many larger models. By the way, it is not advisable to mount a camera anyway, because it fits somehow. The changed center of gravity damages the engine of the gimbal in the end. The manufacturer mentions on the Amazon page a handful of cameras that can be used with the gimbal. These are mainly Canon and Sony models, such as the Sony A6500. 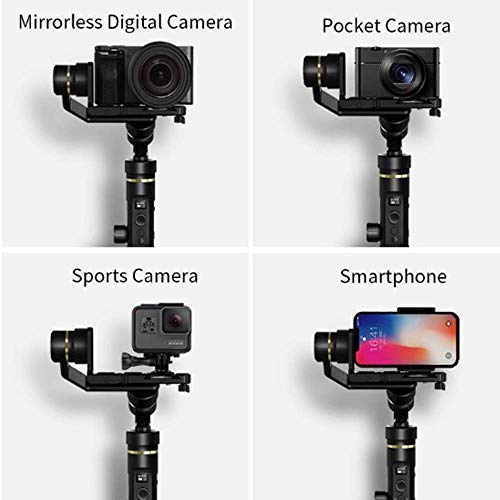 We already know most of the control elements from other Gimbals. Thus, the camera can either be actively rotated in all directions by the central stick, or you can use one of the predefined modes in which one or more axes are fixed. This leads to the desired effect that the recording is stabilized. The camera can be connected via Bluetooth or WiFi, given the model supports it. Then the shutter can also be released via gimbal. In addition, the G6 Plus has a multifunction button called the “Magic Focus Ring”. You can use it to make adjustments such as zoom and focus. 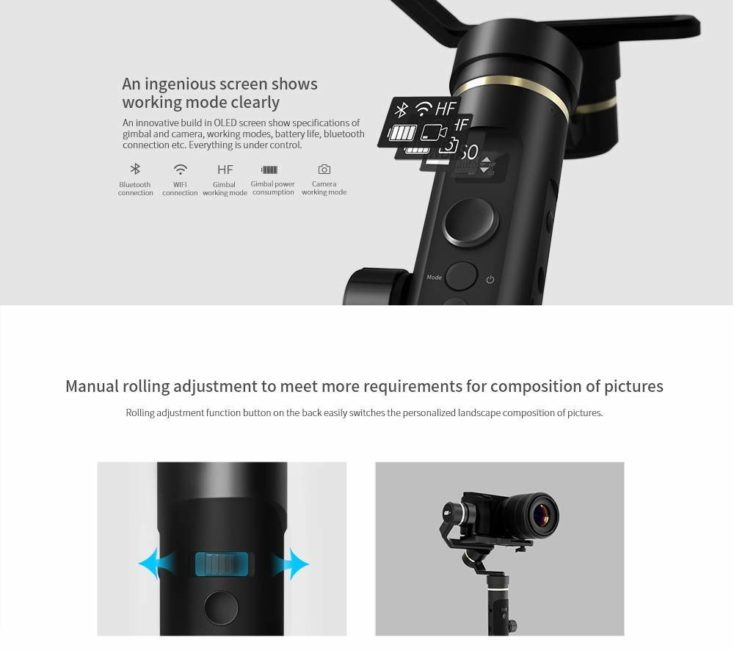 There is a small OLED screen above the keys that displays information about the current mode and the battery status. Speaking of battery: According to the manufacturer’s description it should last up to 12 hours. Even if we assume that this value will probably never be reached in practice, it’s very decent.

If you have a small DSLR and want to make stabilized recordings with it, you might be interested in the FeiyuTech G6 Plus. Our experience with the brand’s Gimbals has been positive so far. The G6 costs a little more now, but still little compared to the cameras for which it is intended. Nevertheless, the price is a point of criticism of course, and if you only film with a mobile phone (almost always under 200 g) or action cam (under 100 g), you don’t need such a device. Then a device in the category $100 will do, like the Hohem iSteady Pro or the already mentioned Vimble 2 by FeiyuTech.

How do you photograph and film? Do you use a DSLR, point-and-shoot, are you on the move with action cams or is the smartphone camera enough for you?