0 Kommentare January 29, 2022by Jens
Hey, guys! Just a heads up: The linked offer is already a bit older and the price of the gadget might have changed or it might not be available anymore.

Ultra-short-throw projectors are already pretty cool, take up little space and are placed directly in front of the screen. It gets even more practical when the projector itself is also particularly small. The Fengmi R1 Nano is such a short-throw projector and probably the smallest of its kind so far. 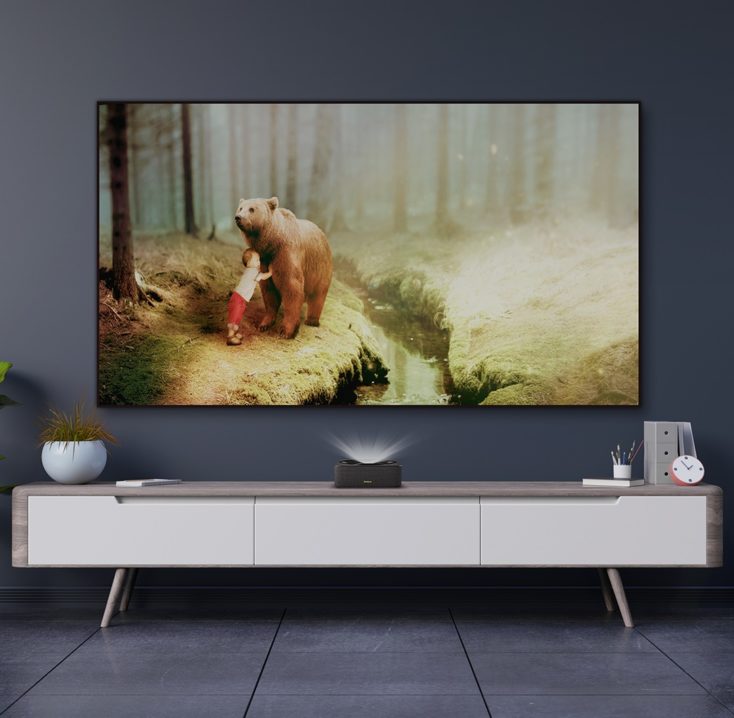 A brief refresher on the subject of short-distance projectors, in case this is the first time you’ve heard of them: the name actually explains everything, the projector is placed at a very short distance in front of the screen. The projection is diagonally upwards and despite the short distance, enormous image sizes of often up to 150 inches diagonally are possible – with razor-sharp resolution.

The Fengmi R1 Nano also falls into this category. The resolution of the display is 1920 x 1080 pixels, which is Full HD. However, video content with up to 4K resolution can also be played back. The contrast ratio is 2000:1 and the brightness, which is so important for projectors, is specified with 1,200 ANSI lumens. A laser serves as the light source here, and the technology behind it is called ALPD. The projector supports HDR10+, Dolby Audio and DTS-HD.

According to the product description, a screen diagonal between 40 and 120 inches is possible. Just for classification: 120 inches correspond to about three meters, you have to have that much space first. The projector is positioned between 20 and 60 cm away from the (screen) wall. The further you pull it back, the larger the image – logically. 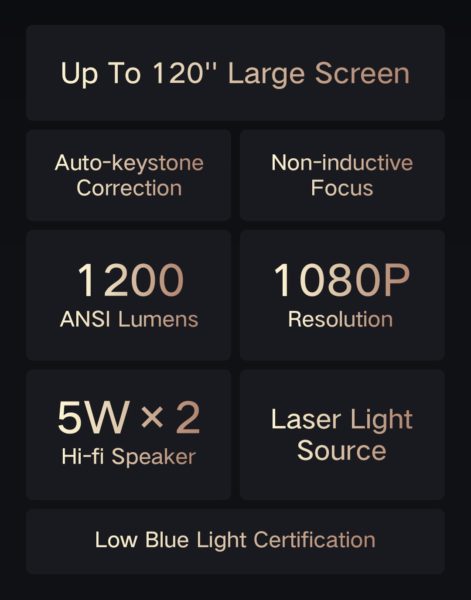 The special thing about this very model is its size. While other models like the very well-known and popular beamers from Xiaomi weigh up to 7 kg and measure roughly 40 x 30 cm, the R1 Nano is 1.44 kg light and 20 x 20 cm small. From the pictures, it almost reminds me of a TV box. Besides the obvious difference that it takes up much less space, it’s also easier to transport. Want to show your new projector to friends during a game or video night? No problem, just put it in the backpack.

But the projector also has other functions. Since the light is very bright and comes from a laser, safety is an important aspect. For this, there is a sensor that detects movement or people in front of the projection and turns off the image so that you don’t look directly into the light source. Since the projector is directly in front of the wall, this is unlikely anyway (and you can also deactivate the function), but it makes sense to have this option. 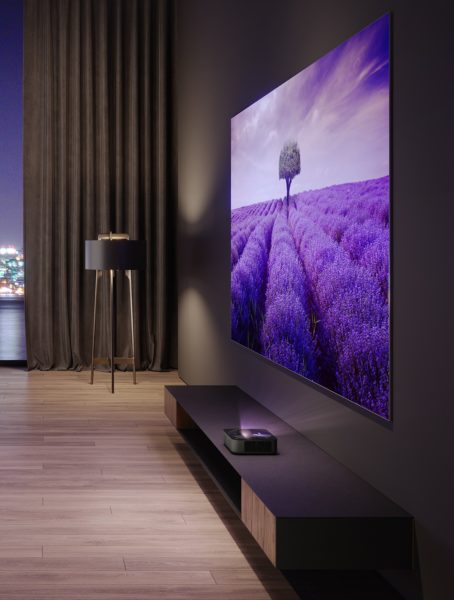 Keystone correction is optionally automatic, which means that the image is adjusted so that you get a rectangular display. The image sharpness is also controlled automatically.

Only as a “China version” for now

At least Banggood does not give any information about the operating system, but we strongly assume that Feng OS is used, just like in the Fengmi R1. The system is primarily aimed at Chinese buyers and includes many offers that can only be used in China. Customers in Europe can of course also use the projector, but they would be better advised to connect an external device, such as a laptop or a TV stick for Netflix, Prime & Co or a console like PlayStation or XBOX.

That’s why I would wait and not immediately buy it – even if you like the projector and everything about it. It can’t be ruled out that there will be an adapted version for the international market with a different OS. The price might also change, maybe the Chinese version will be cheaper. However, there is already a voucher available: With the code BGFMRNN, you can get the beamer for around $804.02 at Banggood.