After the worldwide success of the fish flops, the parrot slippers followed shortly after, which were not quite as successful, but also very funny. After it was really very long quiet in the slippers business, now comes the banger: Flip-Flobster! 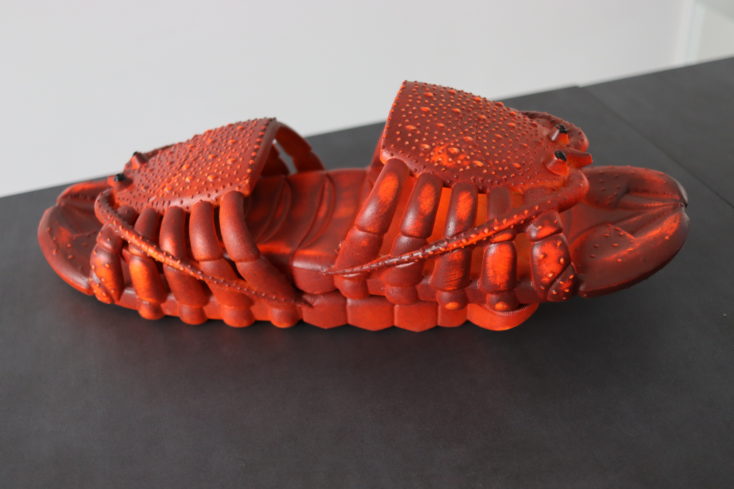 The name is hot, the slippers themselves even hotter. The plastic slippers are shaped from the sole like the body of a lobster, including tail fins on the heels and the two claws on the toes. One of the claws is larger in the real lobsters and is known as the cracking claw, the smaller one is for grasping. Then on the top of the feet is the head of the lobster, two cute little ball eyes and the antennae. With the help of these, the tasty sea creatures grope, communicate and defend themselves. But hardly keeps people from snatching the tasty morsels. But this is actually not so easy in the wild – fortunately, there are these flip flobsters.

Of course, connoisseurs know, the live lobster does not have this beautiful red coloring, for that it needs some boiling water 😉 In nature, the animals are usually dark shades of brown, blue and green, with bright red antennae (by which they can be recognized in the sea).

The Flip-Flobster manufacturer takes a cue from the colorful variety and also produces its wonder in different colors. You can choose from dark red, red, orange and green. And best of all: the slippers are available in shoe sizes from 3,5-13! That is unusual in the China stores. 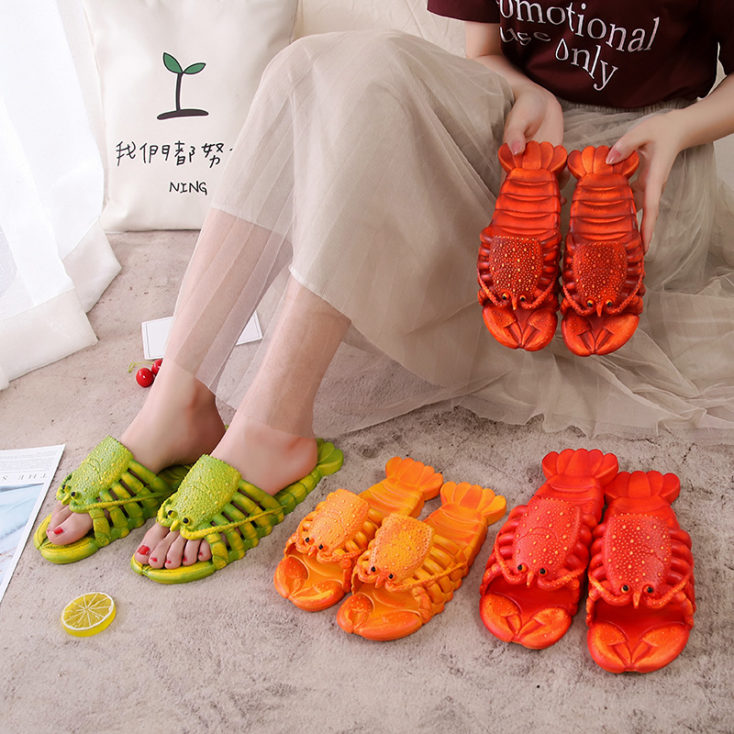 Whoever can say this question three times in quick succession has earned a cookie. Otherwise, I would just like to answer this question: Why not both? Fans of marine animals will get their money’s worth. And all the others just reach for the parrot slippers if they have to. No matter which choice you may make in the end, with these slippers you are in any case the eye-catcher in the swimming pool, pool, bathing lake or even while shopping in the city. These slippers go always and everywhere, fin on it.