Foldable water hammock for the holiday for $9.99

0 Kommentare July 31, 2018 by Maike
Hey, guys! Just a heads up: The linked offer is already a bit older and the price of the gadget might have changed or it might not be available anymore.

Once again you lie in your hairy swimsuit on your sand-free beach mat, the fruity towel lying beneath, the burning sun over you. But after a while, you’ re in desperate need of a cooling off. Good thing there’s a foldable water hammock. 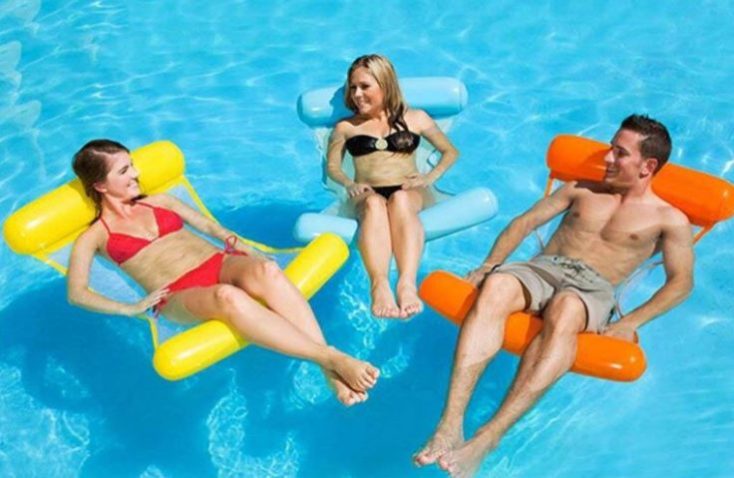 In the uppermost picture no photoshop error can be found, accordingly it can be assumed that the three models actually made it on three hammocks at the same time. Of course, it is impossible to say how long this took. The dimensions of a hammock are 130 x 73 cm, the load capacity should be 200 kg (!). You can hardly imagine the latter with such a small hammock, but at least this could be a small indication of whether you can lie on the mat without falling off.

The ratings at Amazon vary between four and five stars. Here it is said that the pump supplied does not work too well, but the cushions can also be inflated in the conventional way. Perhaps the foldable hammock is also less for the sea but rather for the pool. Depending on the waves it could be possible that you can fall off the mat quickly.

In general, the hammock looks like a relaxed place to lie – after all, on hot days it keeps you cool because half of your body is still in the water.

Maybe one of you already has the hammock at home and can describe his experiences? ?