0 Kommentare May 3, 2019by Thorben
Hey, guys! Just a heads up: The linked offer is already a bit older and the price of the gadget might have changed or it might not be available anymore.

Some time ago we introduced the Xiaomi Mijia Fishbone Sneaker to you. Not only did we convince many of you, but also ourselves, after all Alex, Tim, Jens & Julian wear the Mi Sneakers themselves. A look at Xiaomi’s YouPin-Shop brought us to the next pair: the FREETIE 3D are again a kind of Adidas clone, but with a 3D printed sole! 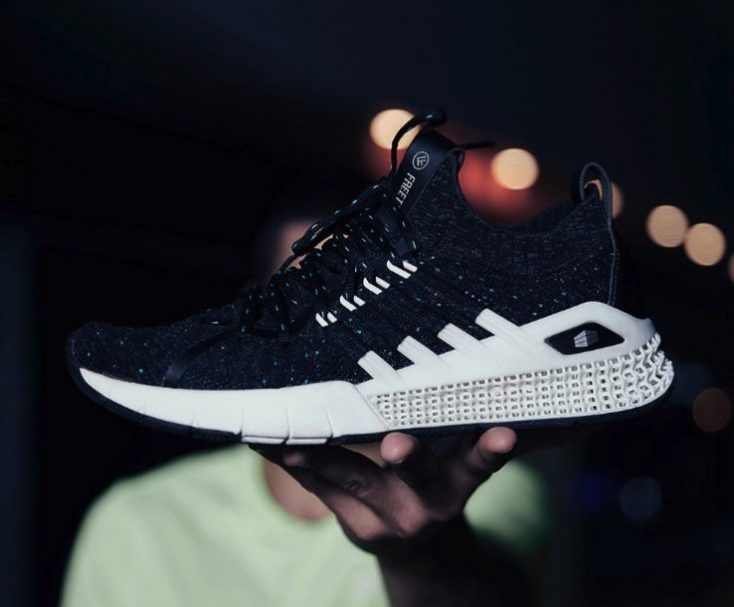 The fact that sneakers are becoming more and more innovative has been apparent for quite some time. The manufacturer FREETIE, which is sometimes associated directly with Xiaomi and sometimes with Amazfit in China shops, uses various ideas from the German company Adidas here. As with the Fishbone Sneaker, the upper material consists of a mesh fabric, which is relatively elastic. Due to the missing tongue one has to deal with a kind of “sock” which adapts to the foot due to its elastic nature.

The FREETIE 3D are available in three colours: blue, black and grey. In all three versions the sole is white, the connection of the two elements is similar to other Xiaomi sneakers. Again, the fishbone design is used, giving you four “stripes” instead of three. 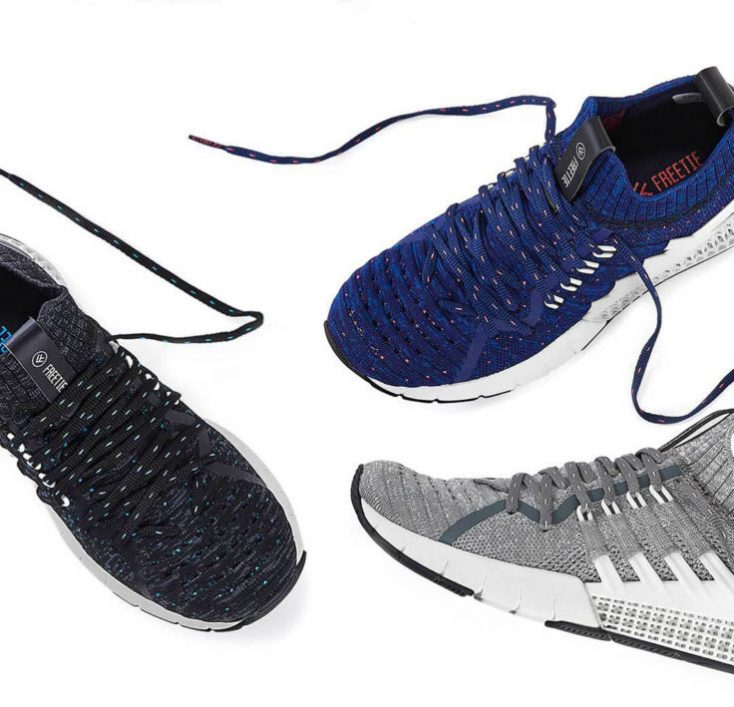 The whole sole again consists of several layers, for example the breathable inlay and the black rubber profile on the underside. It is interesting to note that the midsole is divided into two parts. The front half is made of EVA, ethylene-vinyl acetate copolymer, which is often used in sneakers. Since this is particularly bendable, it is used for the front part. This is especially suitable for jogging or other sports such as volleyball. 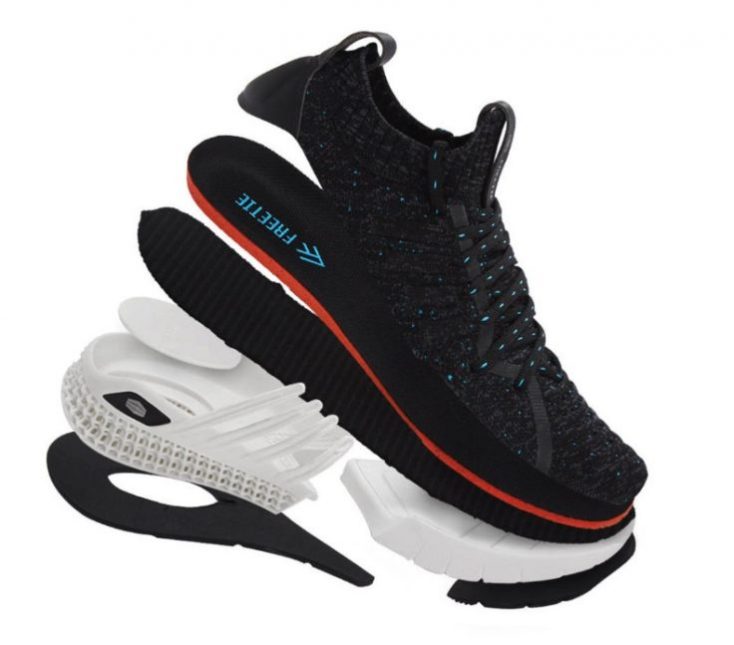 Sole from the 3D printer

But the rear part of the midsole is a bit more exciting. Like the Alphaedge 4D from Adidas, the FREETIE 3D uses a 3D-printed sole. This net structure should allow a good rolling, but also a good cushioning of the foot. This structure allows the wearer to cushion and absorb the pressure on the foot. The Chinese manufacturer sticks with the white of the fishbone structure and does without another color element, while Adidas offers this sole in a pale green.

TPU is used here, a thermoplastic polyurethane that behaves similarly to rubber. The SLS process is used, whereby the powdery material is fused by a laser. According to the manufacturer, this part takes about 1h 30 minutes to print. 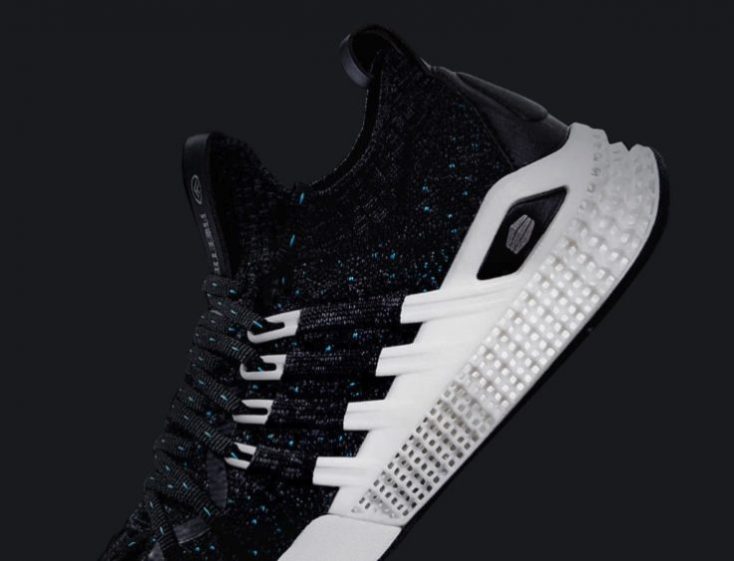 There are also two reflectors on the heel, i.e. the back of the shoe. As this is a sports or running shoe, this is of course an important criterion for joggers.

In my opinion this is not a cheeky fake or a cheap copy, but an own sneaker, which combines some “techniques”. These are however clearly copied from western manufacturers, which is however justifiable. After all, other shoe manufacturers are not able to acquit themselves of this either. It is interesting to note that FREETIE combines two different mid soles, which we haven’t seen before. Yoshi and I will definitely order a pair for testing.

What do you think of the FREETIE 3D? Is that the future or is that too much frills for a sneaker?