0 Kommentare September 3, 2018by Thorben
Hey, guys! Just a heads up: The linked offer is already a bit older and the price of the gadget might have changed or it might not be available anymore.

A usable camera in a mini drone? Of course, we listen up, even if we still have doubts. The FuriBee H801 features a camera with a resolution of 720p, which at least meets the definition of HD. We took a closer look to see if this is as good as it sounds. 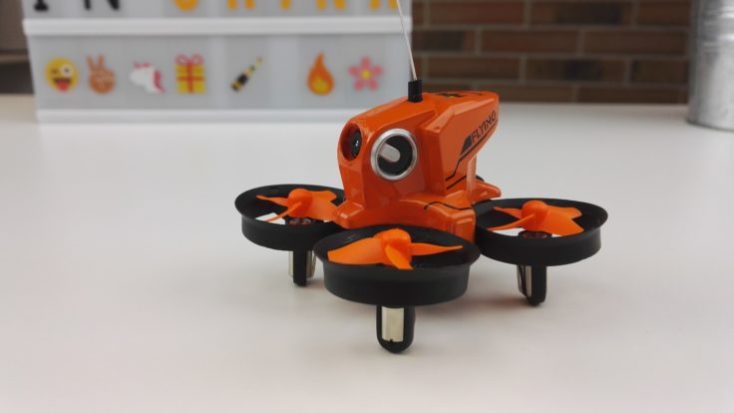 Packaging and scope of delivery: Well…

The drone comes in an ordinary box, which explains the functions (radio frequency, headless mode, etc.) as well as the FuriBee itself. There are no special features here. However, the website www.furibee.com shows a single model, the FuriBee F36 – a completely different model. A short product description, a link to Amazon, and that’s it. Nothing about the H801 here. 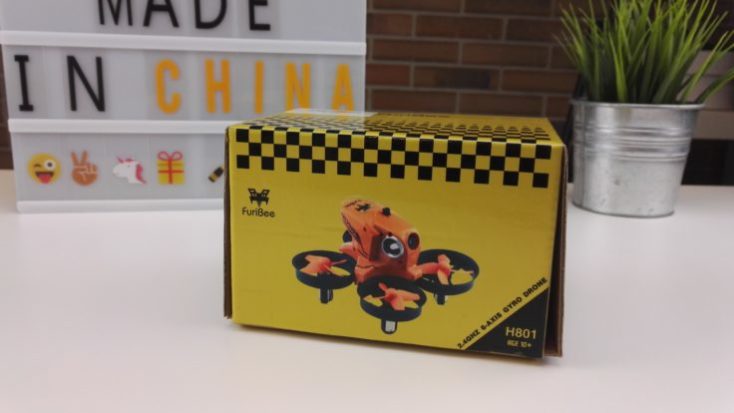 In addition, the box does not come with an instruction manual. It is easier to find out for yourself which button on the remote control does what and how to charge and connect the battery. Of course, it’s not a big problem, but somehow something is missing here. After all, there are four spare rotors and a small screwdriver for the battery compartment of the remote control. 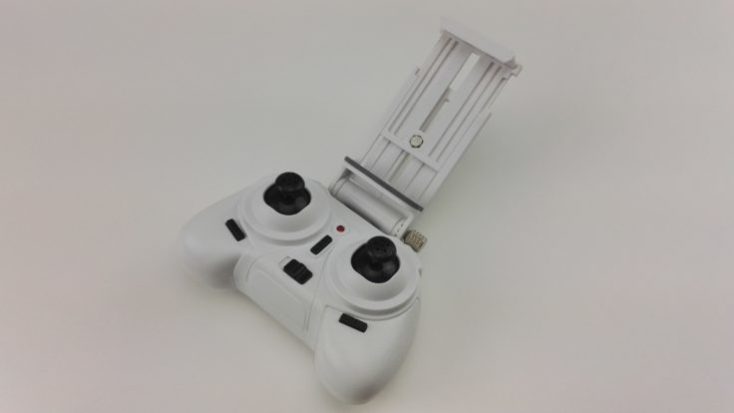 By the way, there is also a holder for your smartphone. It is not equipped with a spring, but must be locked with a screw and adapted to the respective mobile phone. The bracket can simply be attached to the back of the remote control, the two screws supplied and the predrilled hole on the bracket are unnecessary, as nothing can be attached here. The smartphone is not extremely stable (no hectic movements) and the higher weight of the mobile phone compared to the remote control feels unusual in the hand, but the holder itself does its job.

The look of the FuriBee is supposed to remind of a grasshopper. It remains to be seen whether this has really been successful, but any animal or insect can be recognized in the unusual design. The attachment is not really firmly installed, and all parts are a bit too flexible and loose for me. If you don’t use too much power when inserting the battery, the drone remains intact. The electronics on the bottom are visible and the motor connections are accessible without having to open the quadrocopter. 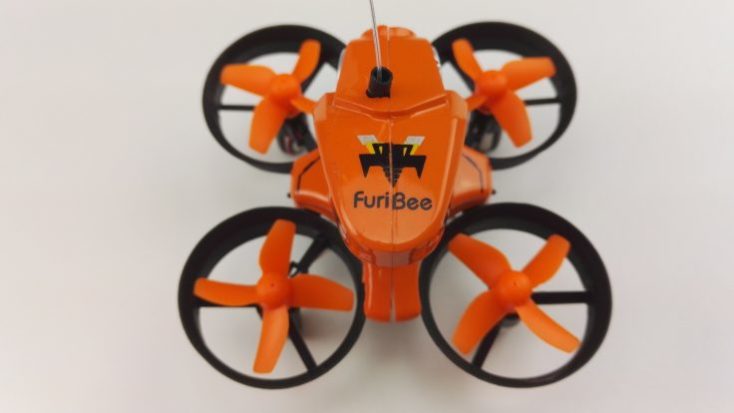 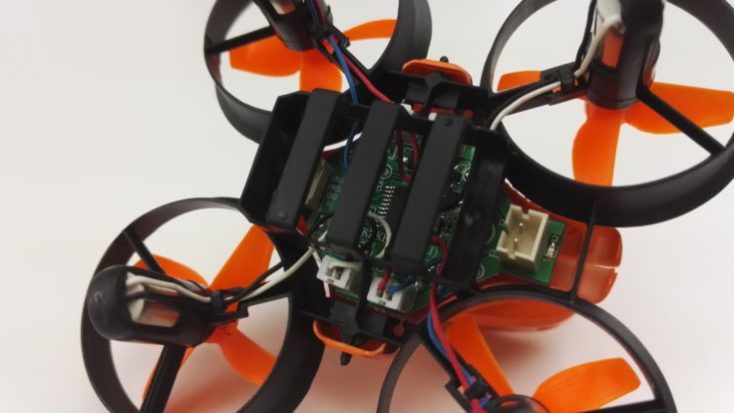 The flight characteristics I would describe as average. As usual, there are three speeds which can be changed by pressing the right stick. At stage three the drone moves quite fast, but unfortunately it rises and sinks very, very slowly. Altitude Hold works well and the height remains constant as usual, i.e. it occasionally fluctuates slightly.

The battery is not the strongest and lasts for just five minutes – maximum. Charging takes about the specified one and a half hours. Unfortunately, our cable has a loose contact, and you have to take care to place the battery correctly when charging, otherwise nothing happens.

Since there is no hint of an app on the box, and a manual as mentioned above is missing, you have to search for it yourself. However, the search term “furibee” will find the appropriate app in both Playstore and iTunes, which will then also be installed. The design is the same as any other drone app, and it can be flown via smartphone or remote control. The drone’s WiFi signal is called JJRC-xxxxxx. 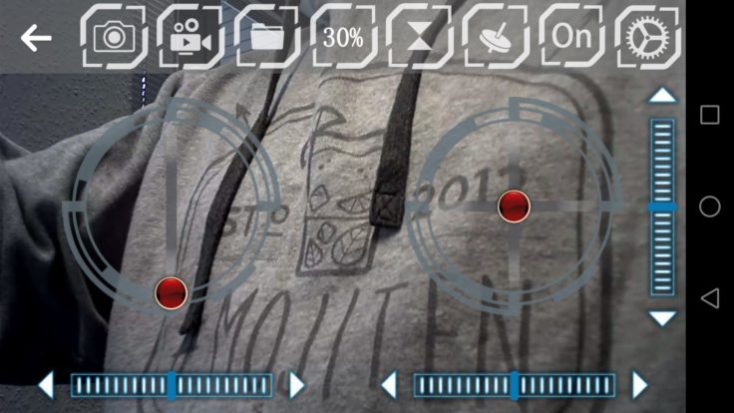 I don’t want to say too many words about the app, there are simply no special features and no real points of criticism. I still don’t think much of the control on the display compared to the classic remote control, but the inclination control via gyro sensor in the smartphone is okay.

What makes the FuriBee H801 special is the built-in camera. I’m happy with her for once. Don’t forget, the drone costs about $40, and for this price one of the best cameras I’ve seen so far is installed here. 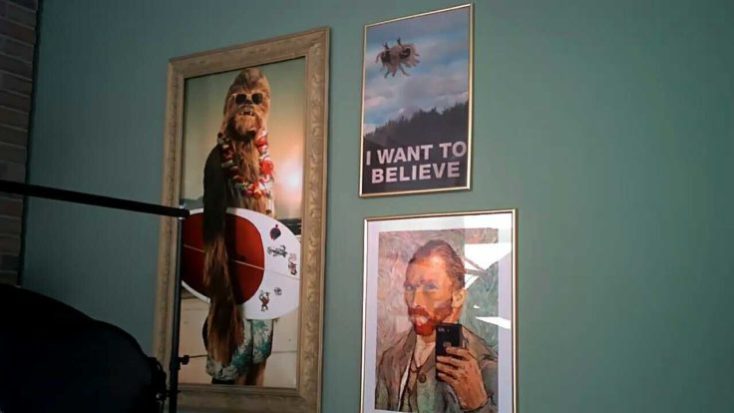 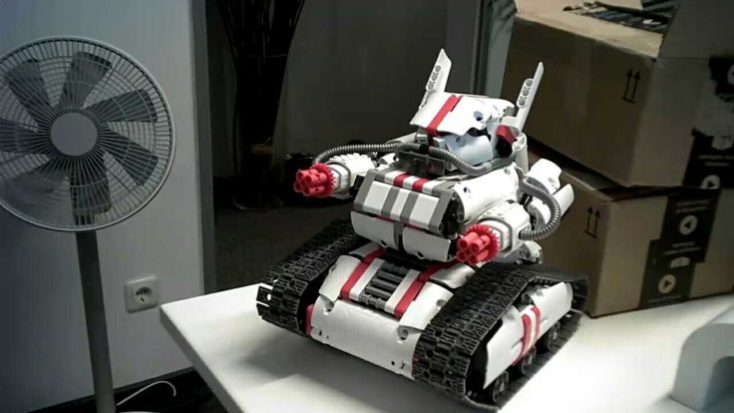 There is also another beauty mode, which consists of saving each image twice and brightening it up extremely once. I’m gonna call a spade a spade: It’s completely unnecessary. Dear Chinese manufacturers, save yourselves the ink needed to print the information on the package, because even that is not worth the function.

I am sceptical when I see a drone in this price range whose best feature is its camera. Too many models, whether 0.3 or 2 MP, simply deliver unattractive and maximum average images. Most of the time it’s enough for FPV on a smartphone, and that’s it. Here photos and videos are at least usable.

Apart from the slow ascent and descent speed, the control is also absolutely fine. The biggest problem I see is the very weak battery, which breaks down well before the five-minute mark when filming.