2 Kommentare July 29, 2018 by Maike
Hey, guys! Just a heads up: The linked offer is already a bit older and the price of the gadget might have changed or it might not be available anymore.

If you’re over 20, you’re probably connecting some memories with the classic Game Boy. Long before we had smartphones and even mobile phones, Nintendo’s hand held the first experience of video games for many in the 90s. It is not without reason that the Game Boy is a cult today. Here you can find the design on a power bench, which not only looks damn cool, but even lets you play some games. A power bank can’t get much better than that ? 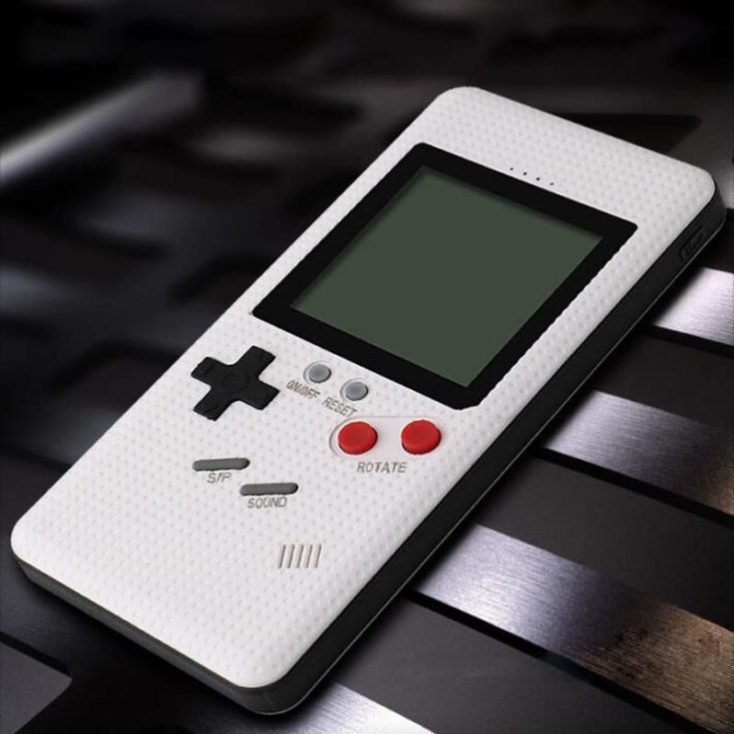 What is this gadget about? First of all, it is a power bank, a mobile battery that can be used to charge smartphones and other small electrical devices (Bluetooth speakers). With a capacity of 10,000 mAh it corresponds to the widely used standard, which can fully charge most smartphones (battery slightly over 3000 mAh) approx. 3 times. With two USB ports, two devices can be charged simultaneously, but then at reduced speed. The Powerbank itself is charged via a micro-USB connection. 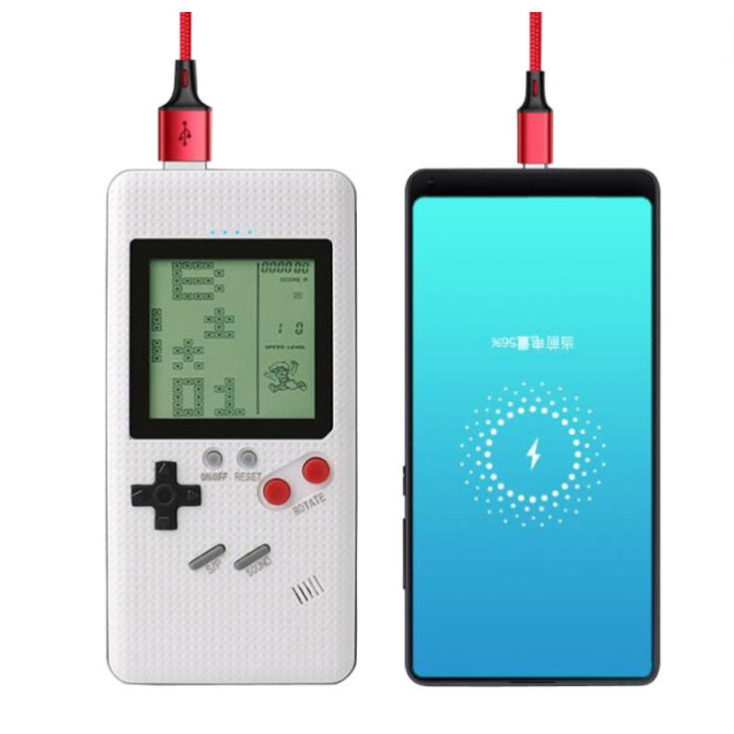 The above can also be done by other Powerbanks, but they don’t look like that. On the back is a display and several buttons. That alone makes the battery an eye-catcher, but here you can even really play a few mini-games. We’ve seen it the same way with these Game Boy cases. These are not full-fledged games in the style of a Super Mario, but they also include the classic Tetris. 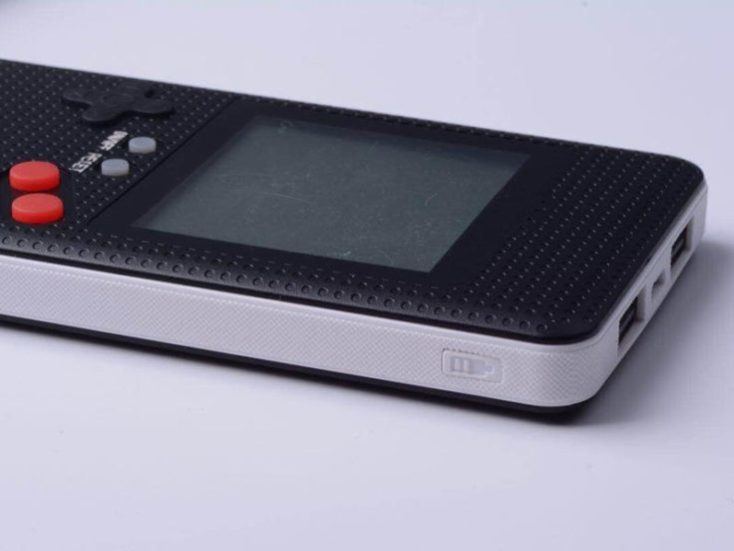 So if the phone should be empty, you can quickly play a round on the power bank while charging. Everyone who will be shown the Powerbank will certainly want to try it out for themselves at least once. And be it just to bring back memories of the first gaming experiences of childhood ? 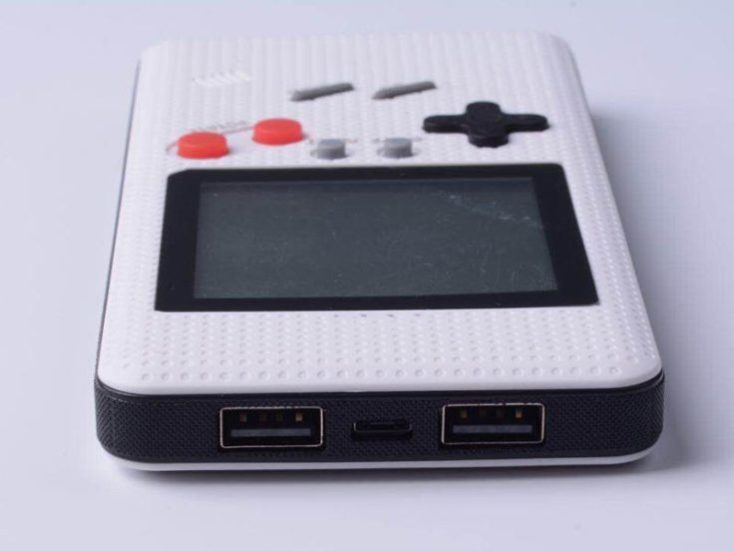 It is pleasing that the price seems to be quite fair despite the design. Around $10 for a power bank of this capacity is fine, manufacturers often add at least the same amount to the top for the design.

Do you still have your Game Boy at home?

All that remains is to ask: Do you like the Powerbank as much as we do? And while we are at it: What are your memories of Gameboy and Co?