0 Kommentare May 30, 2020by Jens
Hey, guys! Just a heads up: The linked offer is already a bit older and the price of the gadget might have changed or it might not be available anymore.

With increasingly powerful smartphones, mobile gaming is also changing. Whereas mobile games were frowned upon in the past, today more demanding games are also possible on smartphones. Accessories like the GameSir F4 are supposed to give you a small advantage over your opponents. 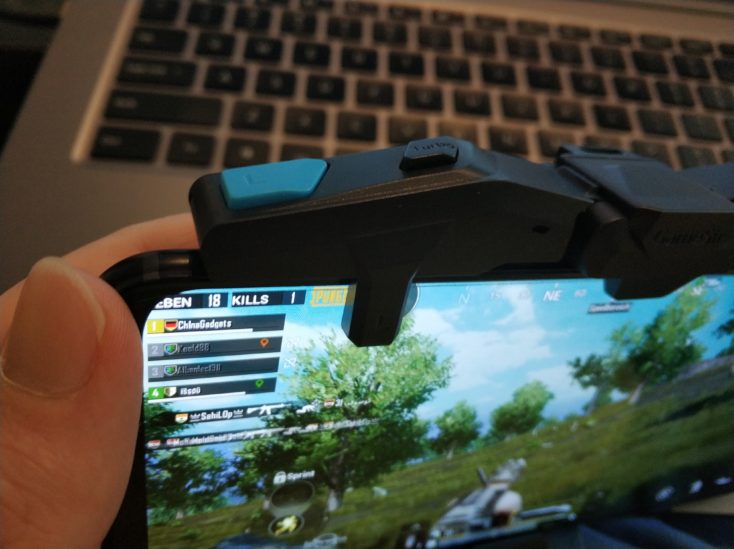 What is this and why do I need it?

The F4 is an adapter that plugs into your smartphone and adds shoulder buttons like on a gamepad. This is not necessarily directly visible, because the small gadget can be folded up and is then only about as big as a (very thick) lighter. For a mobile phone gadget that you can take with you when you’re on the road, this is a good prerequisite. There is also a battery installed. To charge it, there is a USB-C port on the top side. 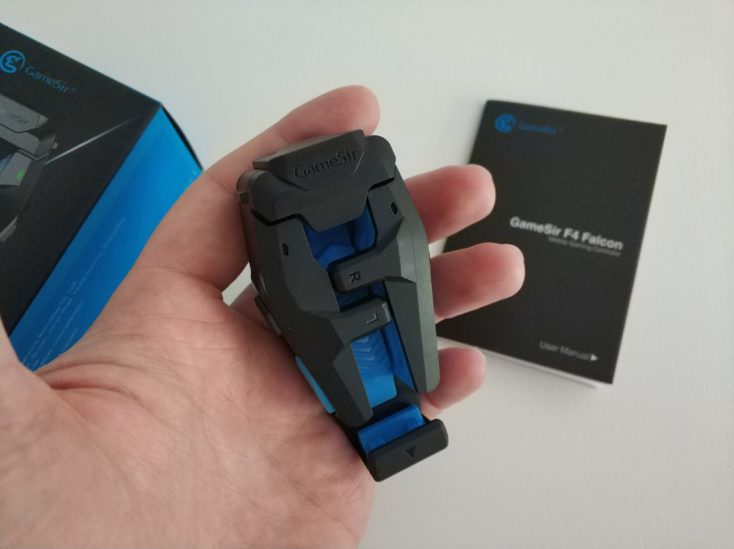 The main purpose of this controller is the use in shooter games. The two additional buttons replace typing on the left and right side of the screen. So you can shoot while moving (with both thumbs) at the same time (with the index fingers on the shoulder buttons). 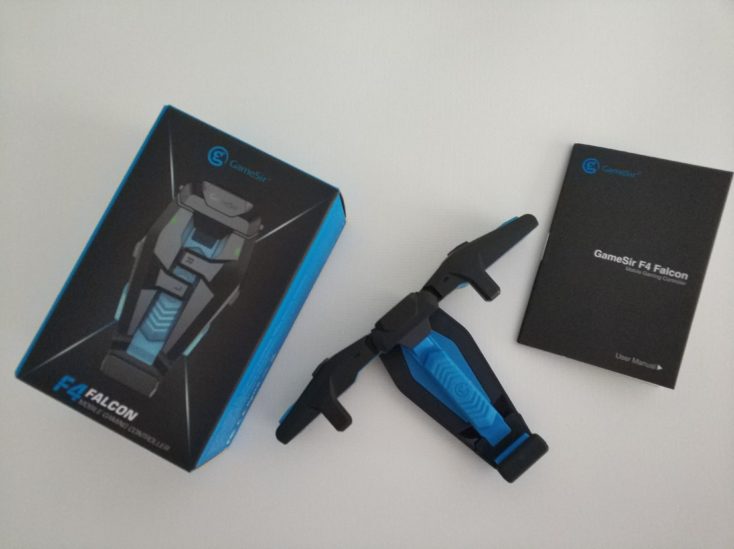 GameSir F4 and PUBG on the Nubia Red Magic 5G

How to use the controller now? If you unfold both arms, a smartphone can be clamped. To try this out, I simply grabbed the Nubia Red Magic 5G – what could be better suited for the test than a gaming smartphone? The Nubia is already quite big, but fits into the cradle without any problems.

I then tried it with PUBG Mobile. In the game, the two virtual fire buttons first have to be adjusted manually so that they overlap with the two real buttons (see photo below). Then it can start. 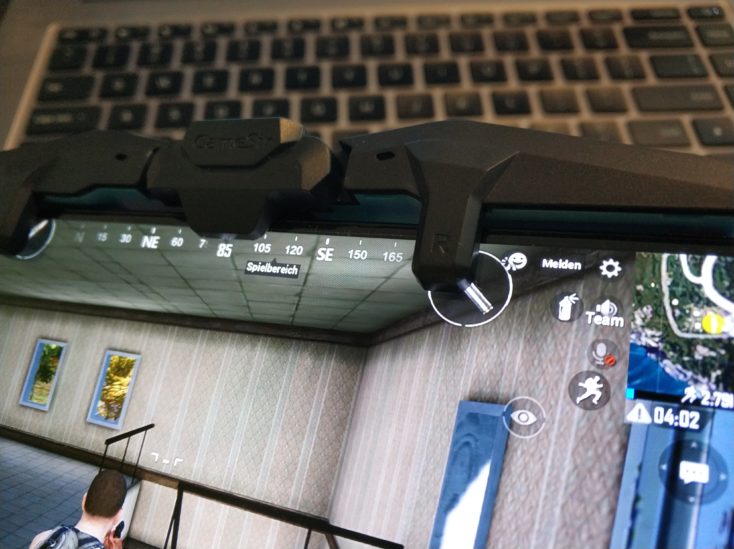 Firing with the shoulder buttons works intuitively. As someone who doesn’t really play Shooter on a mobile phone, after the few matches I’ve played, I honestly can’t imagine playing without the extra keys. My fear that the keys could trigger too easily or by themselves, or on the contrary, not even react at all, didn’t come true. I can’t remember any situation where a shot was fired unintentionally or where it didn’t work.

The two additional “turbo” buttons on top allow different burst modes, where the buttons were pressed several times in short sequence when pressed. But I didn’t really need this function.

Conclusion of the short test

The GameSir F4 Falcon does exactly what it is supposed to do and works reliably. The fact that the gadget doesn’t feel perfect in the hand is more to do with the smartphone. To be fair, I’m not a person who plays a lot on a mobile phone, let alone a shooter. But now that I’ve done that, I was really grateful for the controller. It may not come close to a real controller (there are also controllers for smartphones), but it is much smaller and fits in your pocket, unlike such a gamepad.

The question you have to ask yourself in the end is: “Do I play so much on my mobile phone that such a gamepad would be a sensible purchase? And if so, is it worth the price?” I can at least imagine that. For gaming on the smartphone I would probably get some kind of controller. If the controller should be as compact and “on the go” as possible, the GameSir F4 is a good choice.