0 Kommentare November 14, 2021by Henning
Hey, guys! Just a heads up: The linked offer is already a bit older and the price of the gadget might have changed or it might not be available anymore.

After we have already tested the Ambilight alternative and the smart light bars from Govee, we now have the Govee Glide wall lamp. This offers a modular design layout with RGBIC technology and Govee-typical a variety of different modes and settings. 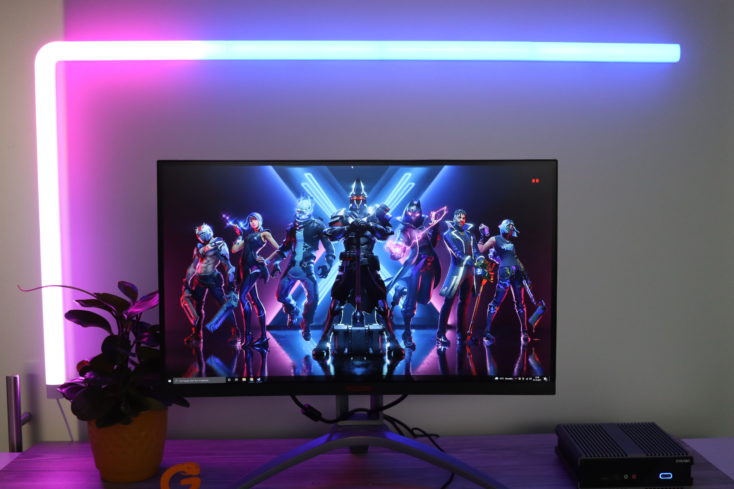 The packaging is Govee typical in the color black, which makes the light of the products much more prominent. If you open the flap you can see the lettering “Thanks for Choosing Govee!”, a small detail that I like. 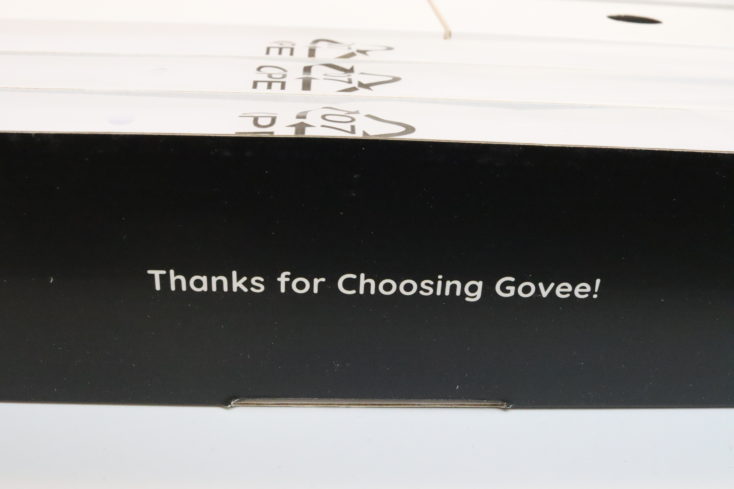 Inside the box are well-padded the six straight Glide segments and two other boxes. In addition to the corner segment, the larger box contains the control element for the wall light and the power supply with cable is in the smaller box. On top of that there is also small stuff in the form of operating instructions, the assembly instructions and the QR code for the app (Android/iOS). 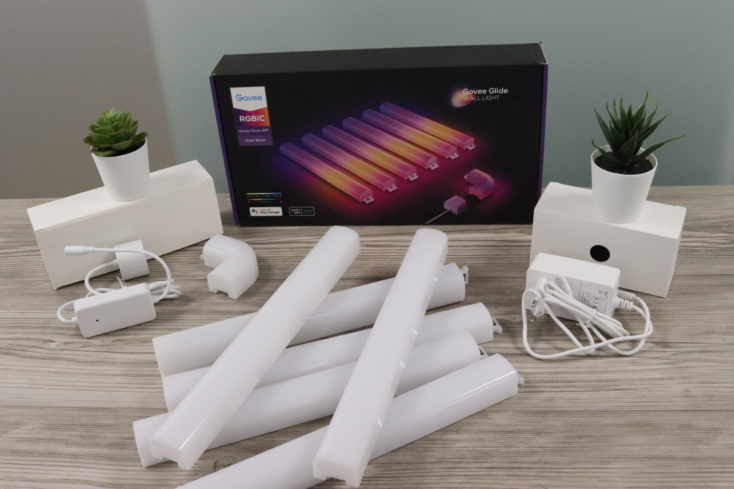 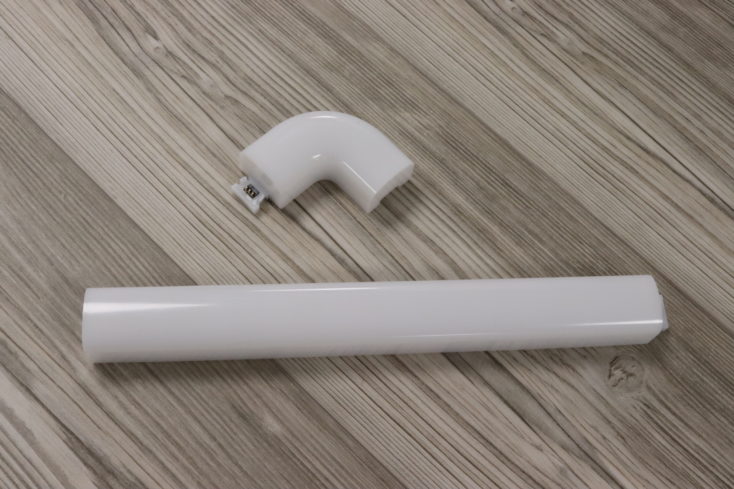 It would have been nice if Govee had included a detachable power supply or a USB port with the Glide wall light, but instead a power supply that can be connected to the connector on the cable is included. Too bad. 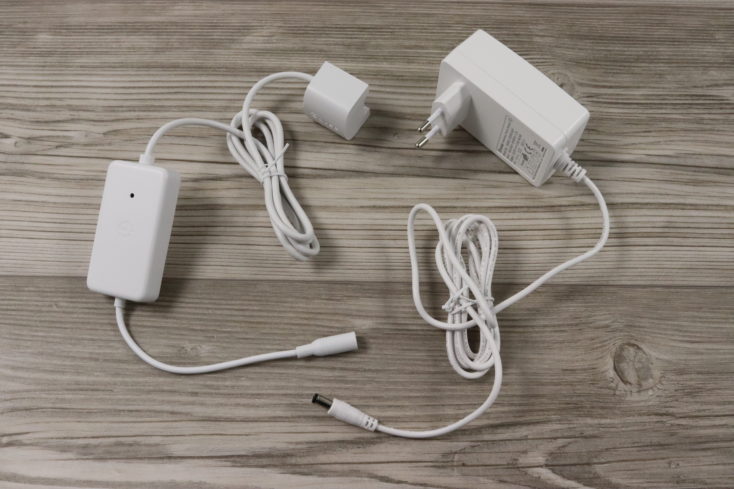 The assembly is quick and simple. The segments have two different connections, which can be clipped into each other. Fixing the individual segments is well thought out, but poorly implemented and requires some force. Nevertheless, when the modules are fixed, they hold very firmly. 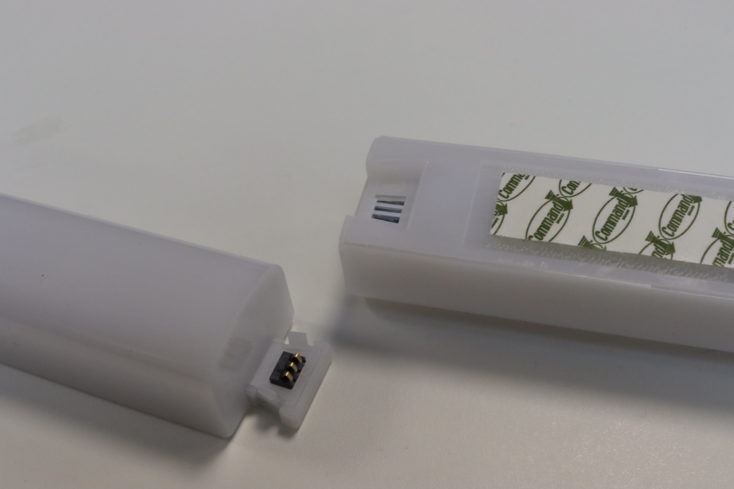 The order of the segments does not matter, the only important thing is that the power supply is at the edge of the wall lamp. When everything is running, each segment of the Glide should light up briefly and then light up permanently. The straight light segments all look identical, so they can also be swapped and extended. Unfortunately, Govee doesn’t offer any accessories, so if you want to expand your set, you’ll have to buy a new set.

On walls, you can mount the Govee Glide with the adhesive foils on the back, which are connected to the segments by Velcro. Here, mounting with screws would suit me more, because the adhesive strips loosen over time.

Like actually all Govee products that we have already presented, the Govee Glide wall lamp can be adjusted not only with the included control unit. It can also be controlled via the Govee Home app (Android/iOS) and voice recognition. So you can connect the wall lamp with Alexa and Google Assistant to be able to adjust it conveniently.

To use the app, you must initially register with an email address and then confirm it. Registration with Google or Facebook is not possible. The setup also works without any problems.

Within the Govee Home app, various scene modes can be edited and defined for the wall lamp. Thus, the individual segments of the wall lamp also offer the possibility to change color again to the sound of tones through the built-in microphones. Govee advertises here that up to 6 music modes, which are titled as Energetic, Rhythm, Bounce, Hopping, Strike and Vibrate, are recognized and executed by the Govee Glide wall lamp.

Of course, any effects and modes can again be adjusted individually in DIY mode. Modes such as a timer are also available in the app, allowing the user to schedule the switching on and off of the individual segments. In total, there are up to 40 different effects and scenes.

All Govee products can be used via the Govee Home app, if you want to know more about the app, there is a more detailed explanation at the Govee RGBIC LED bars.

The LED technology installed in each segment is RGBIC. This ensures that you can display multiple colors for each segment. Another advantage of RGBIC is that it makes the light of the wall lamp much brighter than “normal” RGB panels.

Conclusion – Is the Govee Glide worth it?

Due to the modular design of this wall light, you can use it in many different ways. Whether as ambient lighting behind a monitor/TV or as a light source at the bedside, the Govee Glide wall lamp can be a colorful eye-catcher anywhere thanks to the built-in RGBIC technology. Through the possible integration with voice assistants and control via app, the user also has enough options to personalize the wall lamp.

In terms of price, the Govee Glide wall lamp starts at just under €80, which is definitely not as cheap as some other Govee products. However, it is so far the only product of the brand, which is placed directly on the wall. Alternatively, you can also attach the cheaper RGBIC bar from Govee to a wall. If you want an even cheaper LED set-up, you can get this with the brand’s “simple” RGB bar. With these two alternatives, however, it must be mentioned that it can be a little more cu