0 Kommentare April 3, 2022by Henning
Hey, guys! Just a heads up: The linked offer is already a bit older and the price of the gadget might have changed or it might not be available anymore. 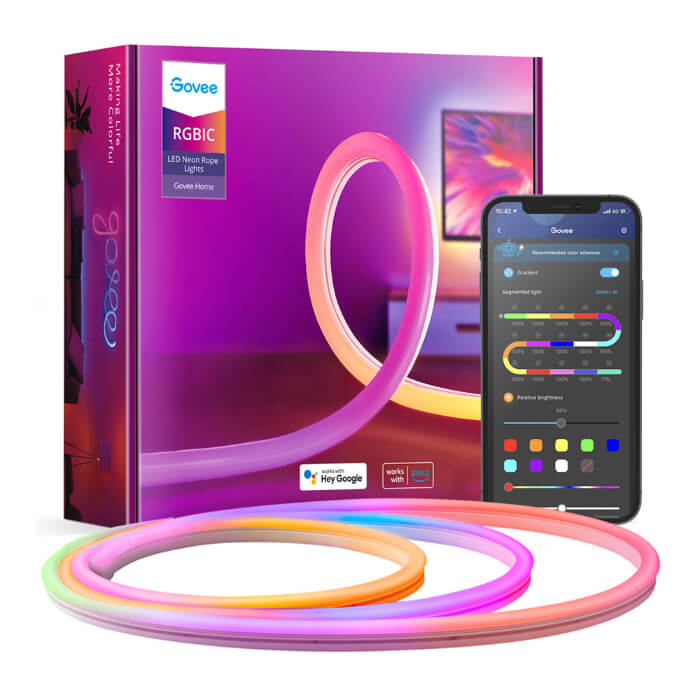 The Govee Neon LED Strip is a flexible light strip. Unlike LED strips, the strip here is fully illuminated and has 252 LEDs, which are intrigued in a silicone tube. The tube covers a length of three meters and is supplied with power via a power plug. 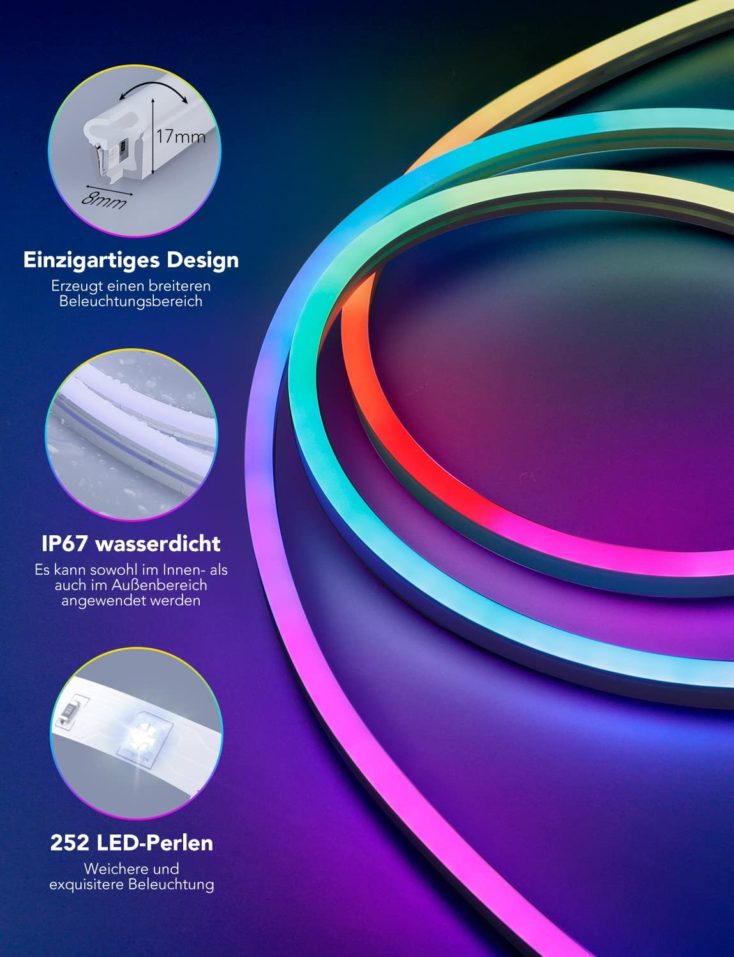 For the LEDs, Govee relies on RGBIC technology. The built-in IC chips have the advantage that they can shine much brighter. In addition, each LED can be controlled individually and display different colors. This gives you more vivid and colorful colors. The disadvantage of IC chips is that they cannot be cut. This is not so practical with an LED strip, but it should be less of a problem with the Neon LED strip. 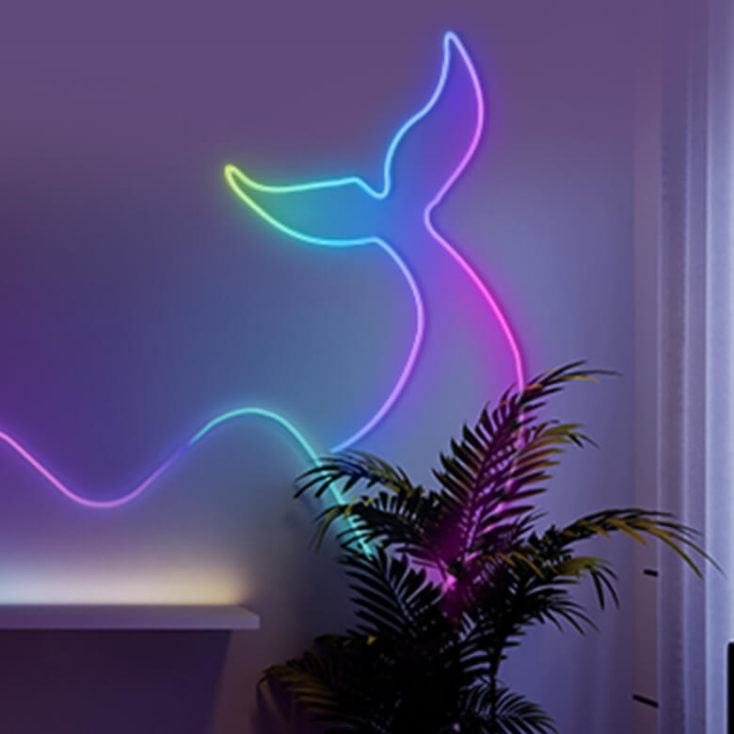 Thanks to the IP-67 certification, the device can also be used outdoors. Nevertheless, it must unfortunately be said that the controller and power plug of the neon LED strips are not waterproof. Which is why I would recommend a roofed installation. I find it a pity that the Govee Neon LED strips only have a length of three meters to choose from. Thus, one is somewhat more limited in the attachment.

For the installation of the silicone hose, a mounting kit is included in the delivery. Suitable tools are not included, unlike with the Govee Lyra. Is there a reason for this, Govee? 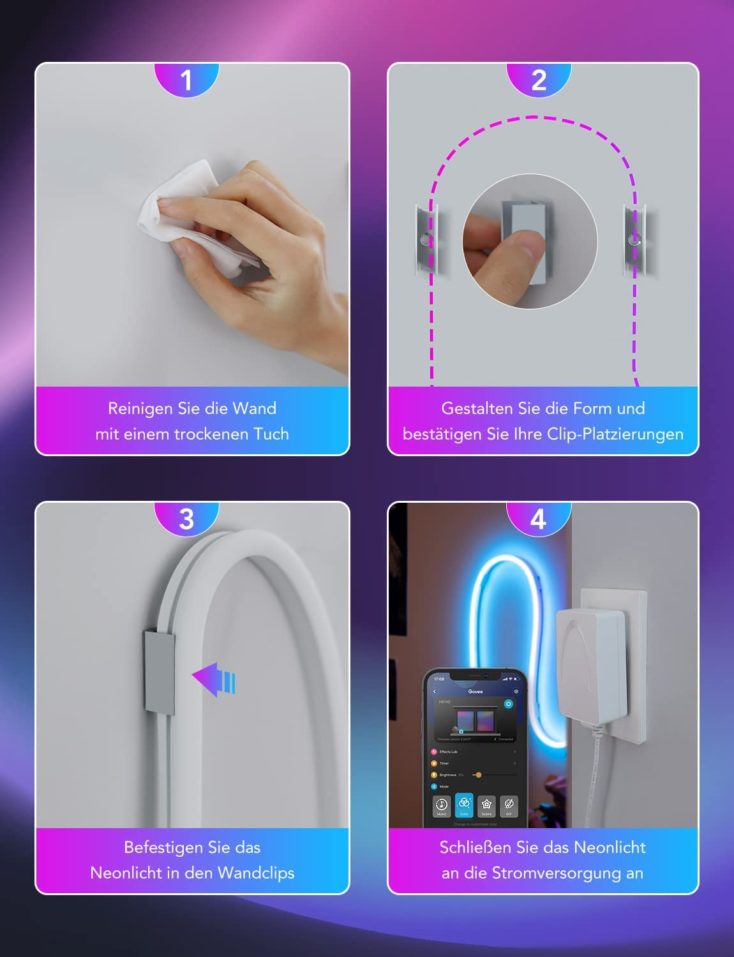 One app, many functions

As with the other Govee devices, control is via the Govee Home app (iOS/Android). The device is paired via WiFi or Bluetooth, which gives you access even when you’re on the go. The Govee Light supports the voice assistants Google Home and Amazon Alexa. With which you can use the devices by voice and not necessarily have to be on the phone or in the app. 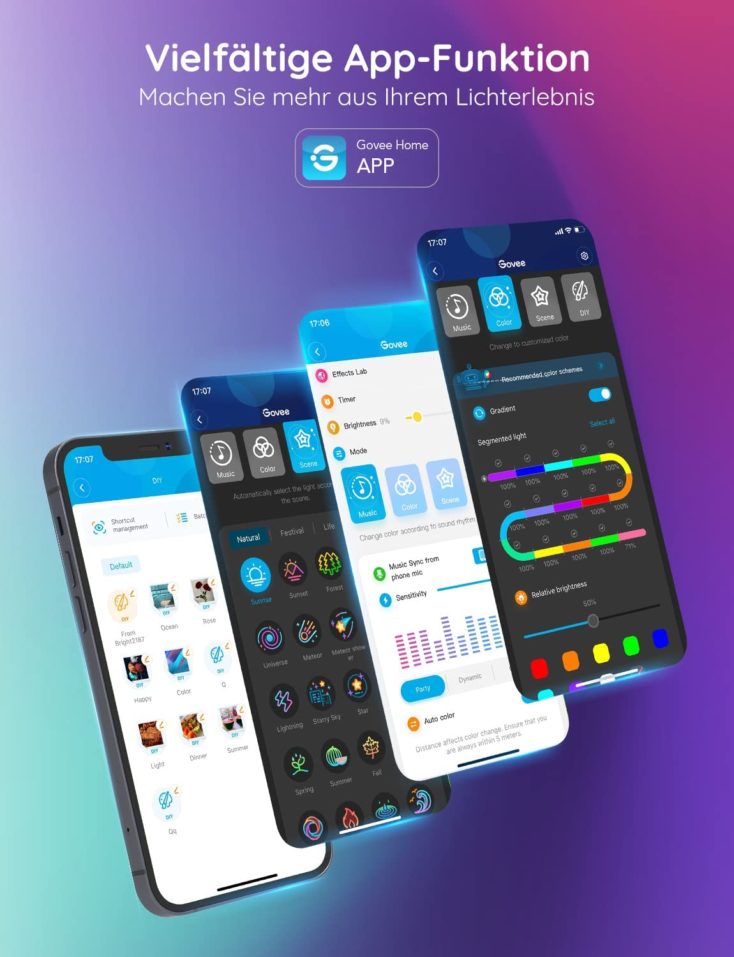 Various functions can be set via the app. You can let the light shine in one color, dim it continuously or switch it off via a schedule. But there are also the typical Govee functions. In addition to the DIY mode, a music mode with 11 color effects and 64 animated scenes are available. Using a group control, different products from the Govee ecosystem can be coupled with each other and thus be used together. 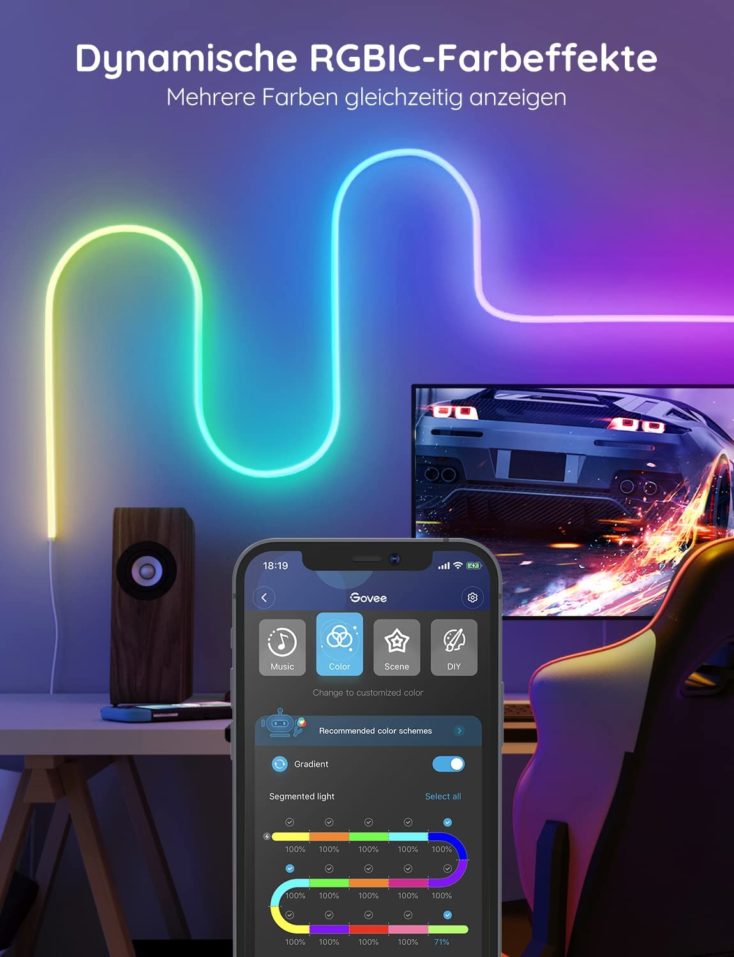 We have already tested the app in several reviews of other Govee products. You get a lot of functions and are literally overwhelmed by the mass. Nevertheless, you quickly find your way around and have enough gadgets for everyday life.

Evaluation: Should you buy the Govee Neon LED Strip?

With the Govee Neon LED Strip, Govee expands its product range. The LED tube is flexible and can be attached in many ways. The IP-67 rating even makes it waterproof, unfortunately this only applies to the tube and not the controller and power plug. I find it a shame that the LED strip is only available in one length. Govee is definitely not lacking in light modes, as you can use the well-known Govee Home app.