0 Kommentare August 26, 2021by Thorben
Hey, guys! Just a heads up: The linked offer is already a bit older and the price of the gadget might have changed or it might not be available anymore.

The manufacturer Govee has attracted attention with the Ambilight kit. Besides the LED backlight kit, they also offer regular LED strips that can even be controlled via app. This set is even especially cheap for the length! 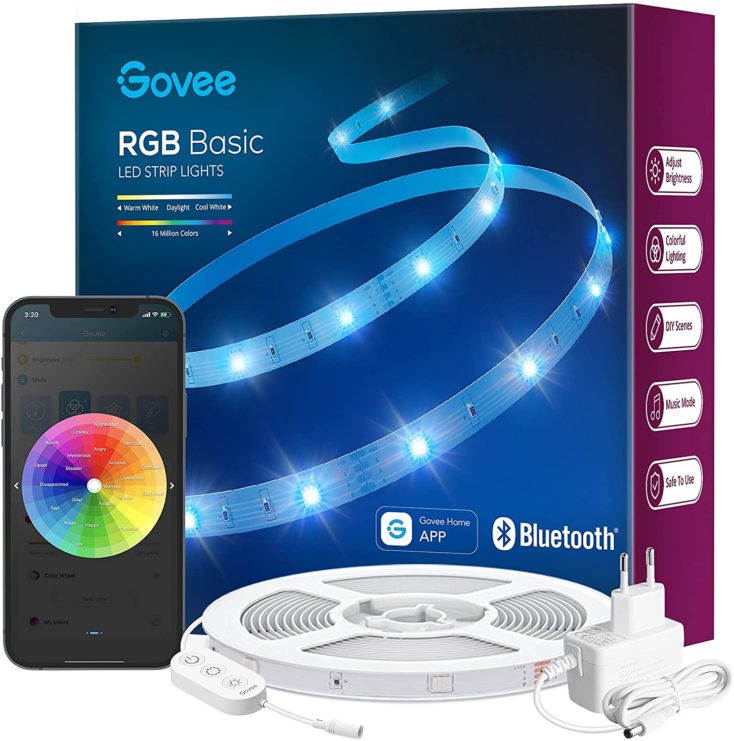 The Govee RGB LED Strip with 32.8ft length is a bit unusual just because of its length. If you compare it with the popular Yeelight LED Strip 2, the one from Govee is about five times as long! In addition to the LED Strip, the package also includes ten mounting clamps, the user manual, the control box and the US power supply. The power consumption is 12W, which is as high as the first Yeelight LED strip, but Govee’s model also has more LEDs installed. Due to the length of 32.8ft, the Govee RGB LED strip is rather intended for large rooms. Unfortunately, it lacks an IP rating, so the LED strip is not waterproof. 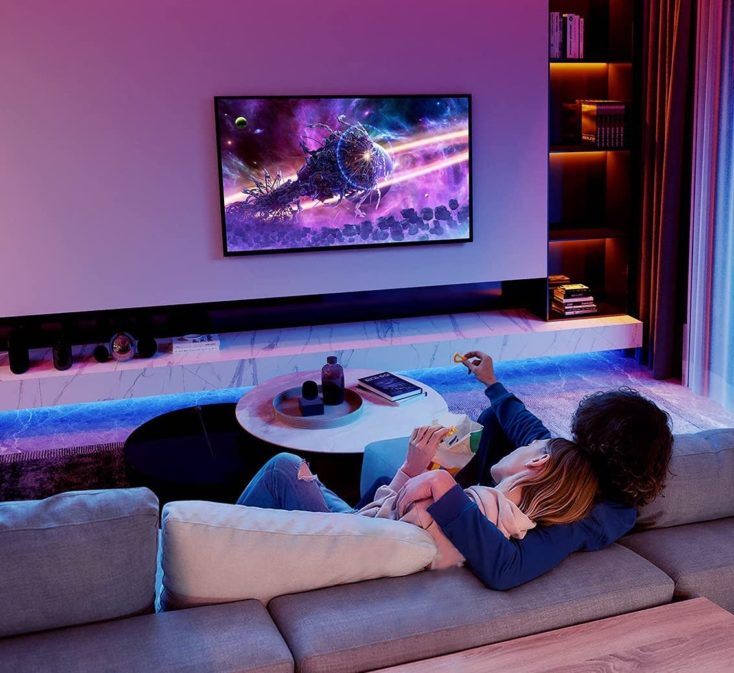 You can also use the included control box for control, but the control via app is more exciting. Via the Govee app, you have significantly more setting options and can program the LED strip. The RGB LED strip has over 16 million colors that can be set individually via the app. However, there are also 64 preset scene modes. Our review of the Ambilight clone shows that the Govee app is well done. Besides the presets, you can also upload your own picture, for example, and the app reads out the colors and can display them on the LED strip. Of course, a timer, color change, a dimmer and a music mode are also integrated. 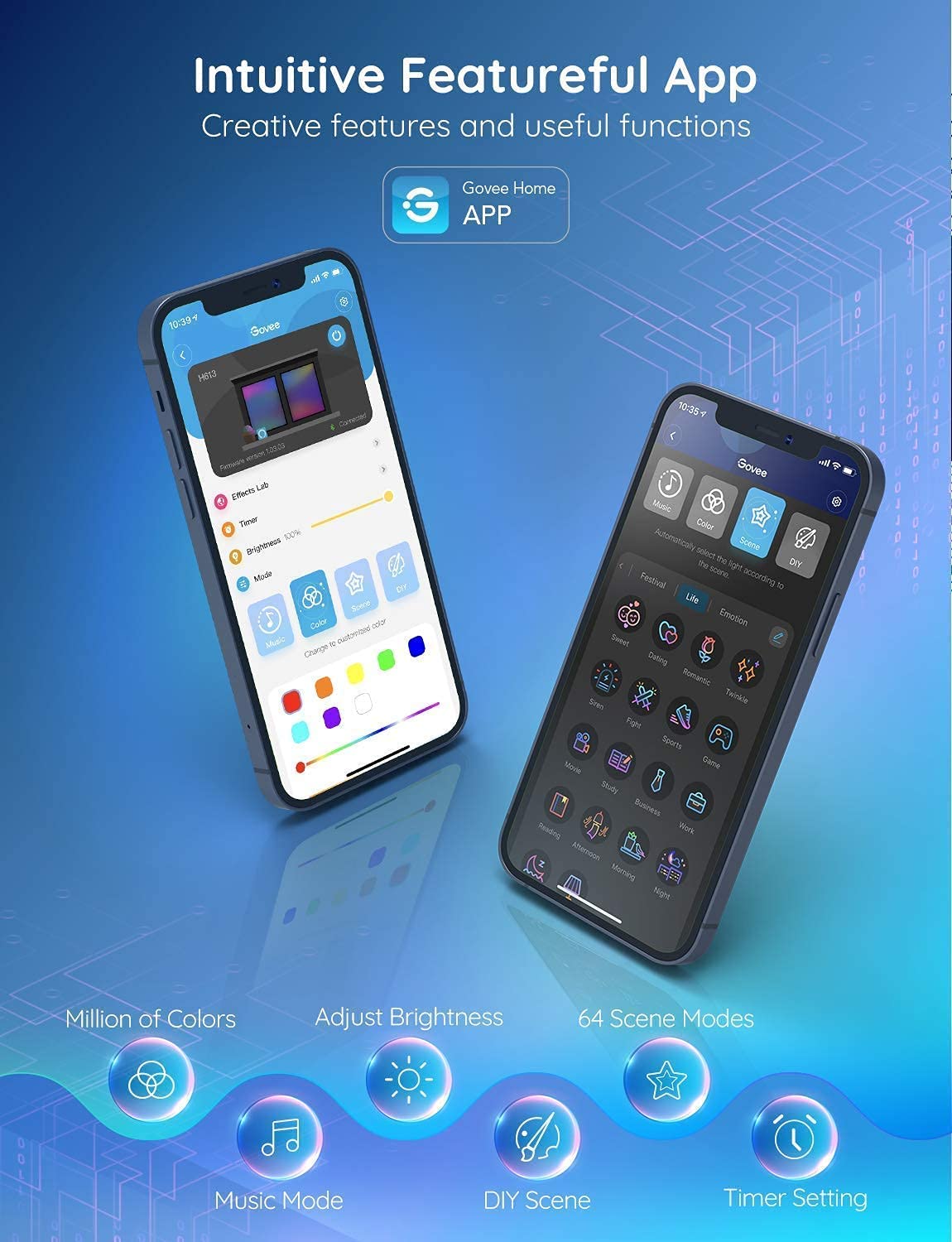 Unlike the Govee RGBIC LED strip, this one relies on RGB LEDs. These do not have an IC chip, which means they can only shine in one color in one cell. In addition, the individual LEDs are not quite as bright as the RGBIC LED strip.

Especially those who are looking for a very long, smart LED strip can easily strike here. We have had good experiences with the manufacturer so far, and the advantage of Govee is the good app. If you can do without an app control, you can also get simple LED strips for significantly less money instead of the Govee RGB LED strip.