0 Kommentare December 13, 2021by Tim
Hey, guys! Just a heads up: The linked offer is already a bit older and the price of the gadget might have changed or it might not be available anymore.

Everyone knows it, no one talks about it. After some time of use, earwax residues settle in and on (semi-) in-ear headphones. If you have the headphones then also often in the pocket, dust and other dirt may be added, which mix with the sticky mass. With the HAGiBiS (half) in-ear headphone cleaning pen you can and should clean the earphones and its charging case regularly, after all, you put “the dirt” in your ears again and again. 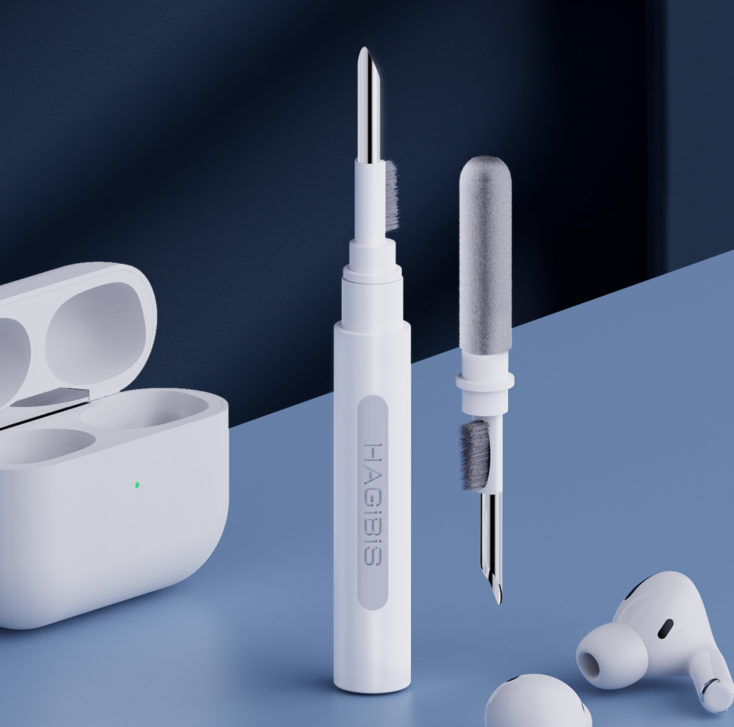 We found the practical tool, as so often, on Xiaomi’s sales platform Xiaomiyoupin. After a short search, we also found it on AliExpress and even Amazon. However, without Prime shipping, i.e. it will only arrive after Christmas. Whether you want to give away something like that, I think rather not.

The HAGiBiS headphone cleaning pen has the dimensions of 108 x 13 mm. So it is a small, quite compact tool. It’s made of light gray plastic and weighs 35 g, so it’s also perfect for traveling, as it hardly takes up any space.

Three cleaning tools in one

The tool consists of two brushes and a metal tip. The latter is intended for removing earwax residue from the earpiece output. When inserting the earpiece, this tends to settle in the corners and can be scraped out again with the metal tip.

The bristly short-hair brush, which sits below the metal tip, is used to brush away the last dirt. The charging contacts and other recesses on the earpieces are also cleaned with this tool. 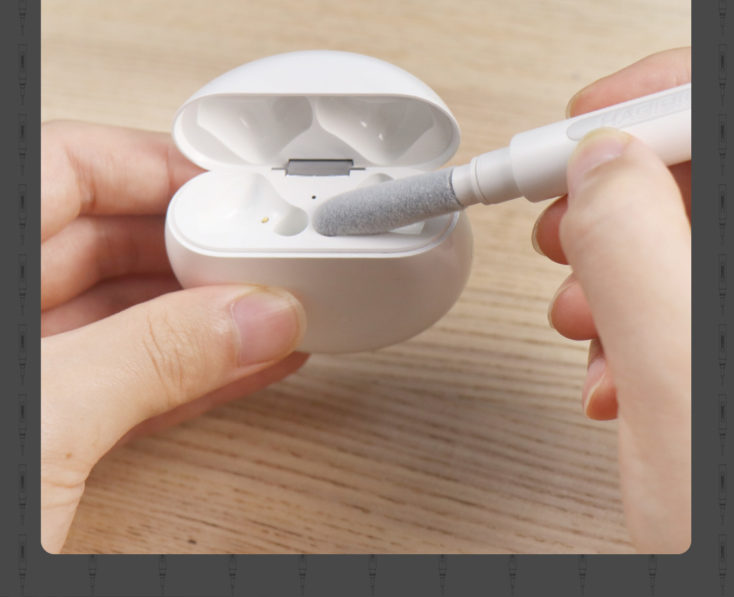 On the other side of the cleaning pen is a kind of fluffy pipe cleaner. This is intended for the charging case. This is used to clean the cavities for the earpiece rods in charging cases where the earpieces are inserted vertically.

The HAGiBiS (half) in-ear headphone cleaning pen is a useful tool in my opinion. After all, you regularly put your headphones in a body orifice. Therefore, you should clean and disinfect them regularly in any case. Accordingly, I think the price of just under $10 on Amazon is justified and well invested.