The Chinese manufacturer Haier is the world market leader in the field of large household appliances (e.g. refrigerators), but the company has also included vacuum robots in its product range for some time now. On Indiegogo a vacuum robot will soon be in crowdfunding, which could be a serious competitor to Roborock, Ecovacs and Co. We will tell you everything you need to know about him. 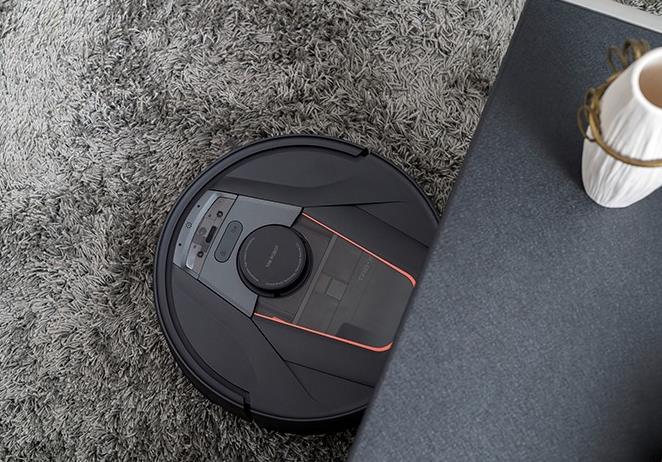 At this point, we would like to point out that when financing a crowdfunding project, there is no guarantee that you will receive the supported product with certainty. You invest in a project and therefore in a company, but you have no guarantee that it will be implemented. However, with an internationally active manufacturer like Haier or its subsidiaries, the concern is less than with other projects.

Too many technical data are not yet known, but this will change with the start of the crowdfunding campaign in April.

From the Chinese refrigerator manufacturer, we had already got to know the “XShuai” product range, which was primarily designed for the Chinese market and which scored with good budget models such as the HXS-C3, the Xiaobao HXS-C1 and T370. All of them not outstanding, but with interesting features. However, that was already a few years ago, which is half an eternity in the fast-paced tech age. However, HaierTAB, Haier’s subsidiary for household goods, is launching a model that seems to be technologically up to date, if crowdfunding is successful.

If the anti-tangling technique works well, this would not only set an example, but could put an end to the annoying removal of animal and human hair. Like most of the current top models, the vacuum robot works with a laser distance sensor (LDS) on the top side. The robot thus scans the premises and draws the outlines of the four walls on a map, which can be called up at any time from anywhere in the TATA Future (Android, iOS) app (live mapping). In this way, the robot can be started while on the move, for example, and it can be traced where it is located in the apartment.

This is made technically possible by the installed SLAM algorithm (Simultaneous Localization and Mapping). This was provided by Google (latest version of Google Cartographer). Virtual walls can also be drawn on the map (saveable). So you can tell the robot where not to go for vacuuming/wiping.

The HaierTAB Tabot also wants to score points with an integrated manual vacuum cleaner in addition to the typical vacuum robot functions. How so? An attachment with a brush head is included, which can be placed on the removable dust chamber. We like that and it looks like this:

Like many models today, the Tabot is a hybrid model that can both vacuum and wipe. Following industry standards, HaierTAB also uses an electric water tank to regulate the amount of water in the app. The owner can choose between 50, 80 and 110 ml, which can drip onto the microfibre cloth (the mop, so to speak) on the underside.

Outlook: Is the HaierTAB Tabot worth it?

As you can already see from the technical data in the table above: Some information is still missing. This will be comprehensible with the start of the Indiegogo campaign in April. The Tabot from HaierTAB is definitely an exciting model due to its novel innovations, a little worried about the app functions here.

With today’s top models, one would expect software features like selective room division, storage of multiple maps and carpet recognition. None of this has been mentioned yet. It is also not quite clear whether the model is intended for the western market.However, with great interest in the crowdfunding campaign and a quickly completed financing, the step outside China for a Haier subsidiary is conceivable.

What do you expect from Tabot?