1 Kommentare November 4, 2019 by Maike
Hey, guys! Just a heads up: The linked offer is already a bit older and the price of the gadget might have changed or it might not be available anymore.

This might be a great gift idea for Christmas: Harry Potter and Fantastic Beast Wands from AliExpress from $3.36.

If the Harry Potter music box from another article wasn’t enough for you, we now have supplies for all Harry Potter fans. This time it will even be magical, because the Chinese have imported magic wands from Diagon Alley. Also the wands of some legendary magicians. 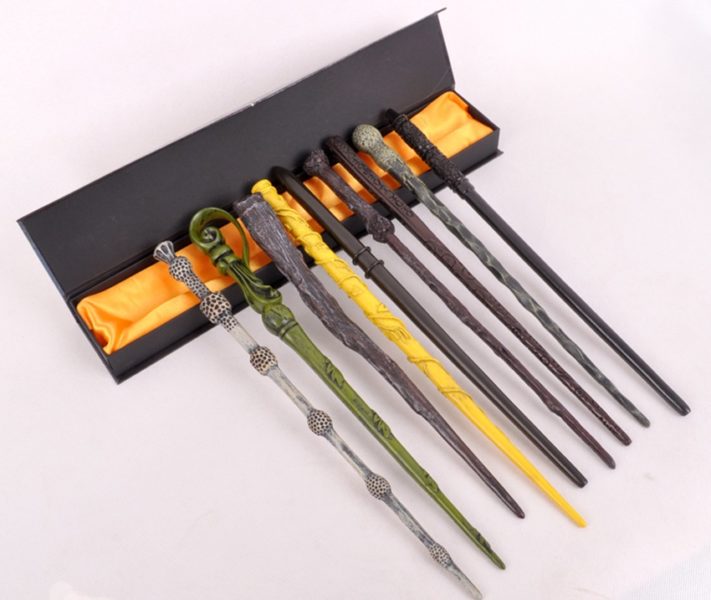 Even if the casting of the known spells will remain unsuccessful, the wands look amazingly detailed in the pictures. So we as Muggles can at least admire them. After all, no matter what season of the year carnival, Christmas, Halloween or the next cosplay is not far away.

The wands are approx. 37 cm long and are made of PVC plastic. They are packed in a box which is lined with a fabric. Therefore they are suitable also as a beautiful gift for a Harry Potter fan. The selection is amazingly large, we find the sticks of Harry, Hermione and Ron but also Fleur and Krum’s magic wand have found their way into the Muggle world. If you’re a fan of the newer stories around Newt Scamander, you won’t go away empty-handed.

With the large selection possibility it is really difficult to decide. But why not order more than one? Which of the wands is your favourite?