1 Kommentare February 17, 2018 by Maike
Hey, guys! Just a heads up: The linked offer is already a bit older and the price of the gadget might have changed or it might not be available anymore.
The market for Chinese action cams has been fierce for some time, be it the SJCAMs, the Yi from Xiaomi or the Mobius for example. Today we want to introduce you to another action cam from the Far East: The Hawkeye Firefly 6S 4K Action Cam. The interesting thing about this camera is, among other things, that it can record in 4K and comes with an image stabilizer. 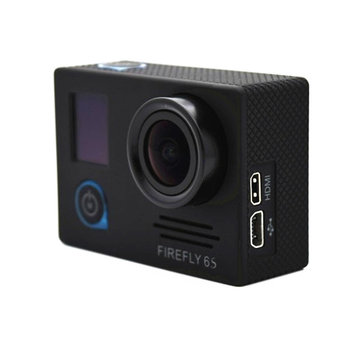 The Sony sensor used in the action cam is the same as in the SJCAM SJ5000X (Elite). In combination with the Novatek 96660 chipset, it can record videos with a resolution of 4K @ 24fps. As with the other Chinese action cams, the 4K resolution is not real, but rather interpolated. On the front there is a 0.65-inch display, to tweak setting or read off the status. 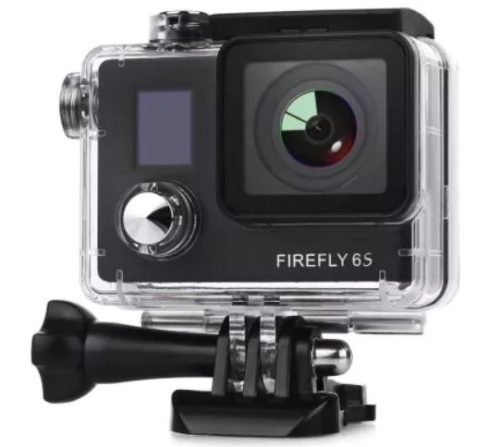 The most interesting feature with the Hawkeye Firefly 6S 4K Action Cam is the built-in image stabilizer, which is hardly found in competing products from China. In addition, the action cam measures 59 x 41 x 12 mm and thus has the same dimensions as the GoPro Hero. This, of course, also brings some advantages: The Firefly 6S fits, for example, into the underwater housing of the GoPro Hero and the compatibility with other accessories is also likely to be high. The Chinese manufacturer of course also provides an app to make settings or view the live image on the smartphone.

Have you already had experiences with the Hawkeye Firefly 6S 4K Action Cam?