0 Kommentare May 26, 2021by Tim
Hey, guys! Just a heads up: The linked offer is already a bit older and the price of the gadget might have changed or it might not be available anymore.

Haylou is arguably one of the most industrious headphone manufacturers, and they release the Haylou T33/MoriPods, a pair of headphones with a semi-in-ear design. Equipped with a modern Qualcomm chip, it also features the aptX adaptive Bluetooth codec, which has more and more compatible players due to modern Qualcomm smartphones. An alternative to the AirPods? 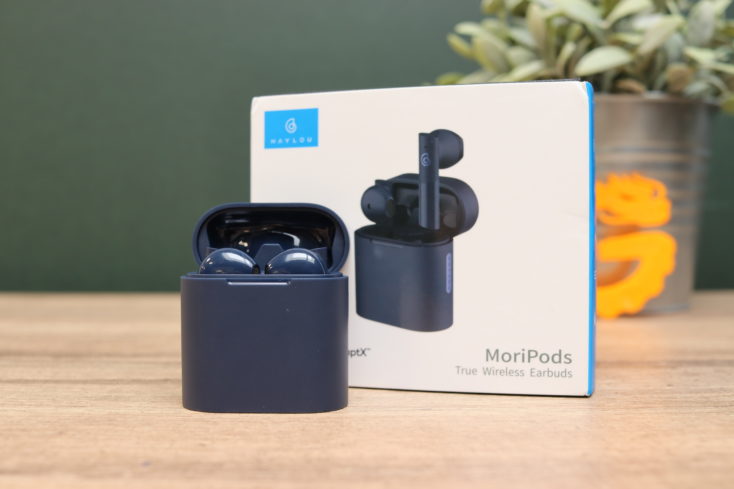 The headphones can currently be found under two names. Once as Haylou MoriPods and then as Haylou T33. So don’t be surprised if the stores each have a different name for the headphones.

Just like the other headphones from Haylou, the Haylou MoriPods come in a small black box, which has a blue and white cardboard slipcase over it. There is a product picture on the front and product information on the sides, which is also present on the back. When you open the box, the headphones are already in their charging tray.

Underneath is another cardboard box, which has a Haylou logo punched out at the top. Inside is a USB-C charging cable and the manual, which is also written in understandable English.

When it came to the design, I immediately thought of a pair of headphones, namely the Xiaomi Air 2, which look almost exactly the same. Because here, too, an oval rod ends in an ear part in a half in-ear design. At the same time, you also have virtually the same shape of the charging case. Compared to the Xiaomi headphones, however, they rely on color here.

Thanks to their light weight of 4.36 g and semi-in-ear design, the headphones are really comfortable and almost disappear in the ears. Nevertheless, they sit securely in the ear and can also be used for sports. For this, they are also equipped with IPX4 water resistance, so they are protected from water and sweat.

Sound of the Haylou MoriPods

Due to their semi-in-ear design, the headphones’ characteristics are already somewhat affected. The bass is restrained here, which is present but far from the bass of an average in-ear with ear pads. If bass is the most important thing in a headphone, then you should rather look at the Haylou GT1. However, vocals come across very well and the design also makes the stage seem more open and wide. The highs are definitely emphasized here and the mids also sound very good. 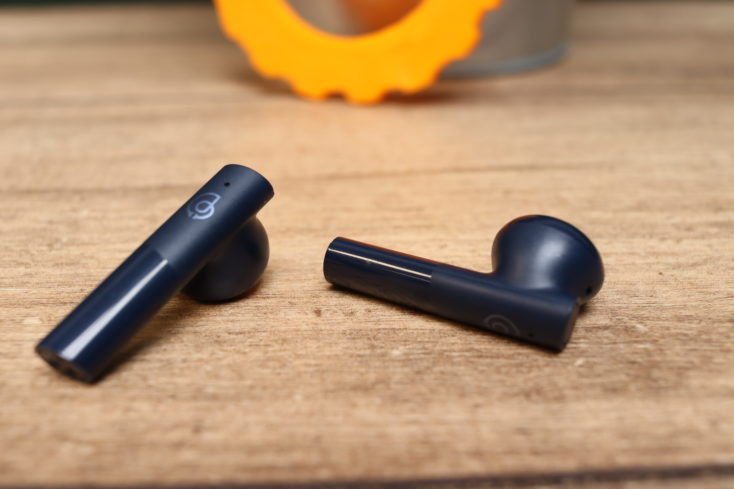 More and more people also regularly listen to podcasts or audio books, which are also reproduced well with the MoriPods. Only the lack of isolation due to the construction can be annoying in loud environments.

The Haylou MoriPods are also suitable for making calls. The recording is clear and background noise is filtered out quite well. Only the Operating Volume could be a bit louder, but it is clearly understandable.

There is a touch sensor on the back of the earpiece, which responds reliably. A confirmation tone sounds for every recognized gesture. You can trigger some functions with this.

There is no wear detection like the Haylou T19 have for example.

The Haylou MoriPods are connected via Bluetooth 5.2, the built-in Qualcom QCC3040 chipset is responsible for that. The latest aptX Bluetooth codec aptX adaptive is also supported. This gives you more bandwidth for music with higher quality, and the latency is also low when gaming or watching videos. This works really well in practice, because videos are perfectly lip-synchronized. However, the headphones are also backwards compatible with the regular aptX Bluetooth codec. 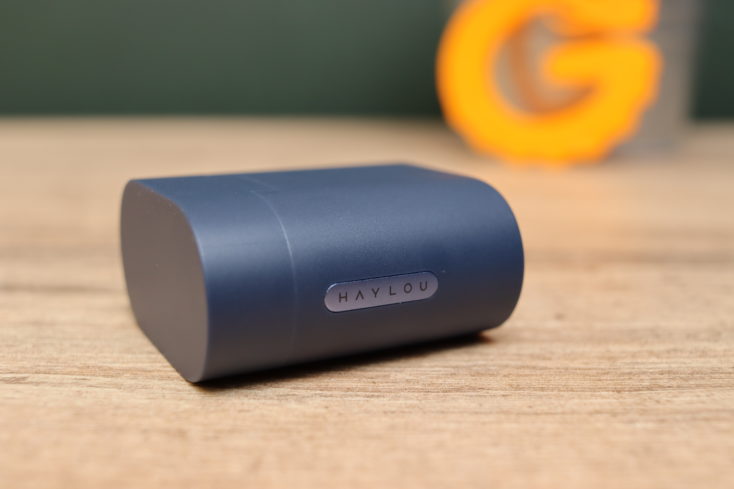 I can only say good things about the connection stability as well. Even after 15 meters in open space, the headphones still retain the connection and they can also penetrate a wall. On the road, the connection is also not disturbed by external influences and is constantly stable.

Often, Bluetooth headphones only give the battery indicator in 10% or 25% increments, but the Haylou MoriPods give this as 1%. The repetitive charging reminder from 25% remaining battery in the form of a sound is a bit annoying; they could have started at 10%.

When a new pair of Haylou headphones comes out, it’s usually something to be excited about. The brand really delivers consistently good models, which definitely includes the Haylou MoriPods. Criticisms here are really only with missing additional features like wireless charging or the lack of a volume control.

But to be honest, a pair of headphones does not have to offer everything for the price, as long as the rest is right. It certainly is, because I really like the sound, even if I miss a bit of bass in the semi-in-ears. Support for the aptX adaptive Bluetooth codec is also pleasing, as it means you can be sure the headphones will have low latency across many different devices. Likewise, the microphones are somewhat good, so you can use them well in video calls and phone calls.

You can”t go wrong here for the price and I can only recommend the MoriPods.