0 Kommentare November 20, 2021 by Maike
Hey, guys! Just a heads up: The linked offer is already a bit older and the price of the gadget might have changed or it might not be available anymore.

As eager readers of our blog may have already noticed, we have a few frostbite in our team. And we love gadgets that not only warm your heart, but also your body. After the very cool SOTHING mouse pad, which we were able to test recently and already differently heated clothes some time ago, today we present you a heated scarf. I wore it for a few days and let you share my experience. 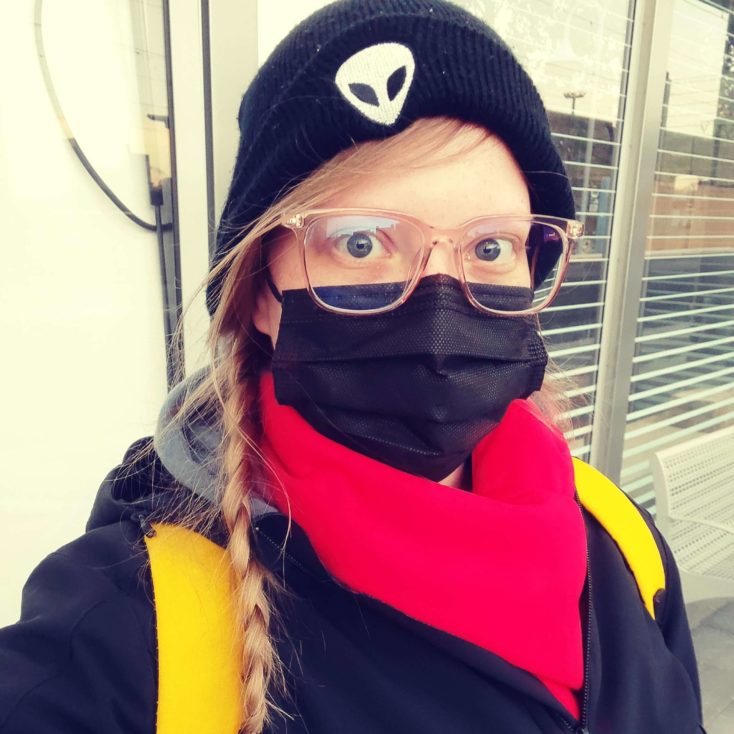 Neck pain or a cold?

Ignoring the really poorly photoshopped images on the product page (where did the man’s shirt collar come from?), we see that the scarf shouldn’t be overly large or obstructive. And in reality, it is. With a size of 10 x 84 cm, it is still large enough to fit around the neck without any problems, but also not too large, so that it would be obstructive. At 150 grams, it is not necessarily heavier than other scarves, but that is also only the case with the small mini powerbank. Endurable, but in a change to a larger model in the long run already somewhat difficult.

In advance, the integrated powerbank is probably as bad as the product photos, for smaller walks or trips that last no longer than 20 – 30 minutes maybe still okay. But everything else is too much for the 1200mAh battery / powerbank (18650 5V). But it is also very light with just 56 grams, which also includes a short micro-USB charging cable. In the test, I replaced it with an Anker Powerbank, which works successfully and significantly longer with 10,000 mAh. However, this also weighs 245 grams, which can be very strenuous for the neck in the long run. If you want to replace the powerbank for a longer runtime, then I definitely recommend paying attention to the weight. It might be worth investing in a mini powerbank like this one. 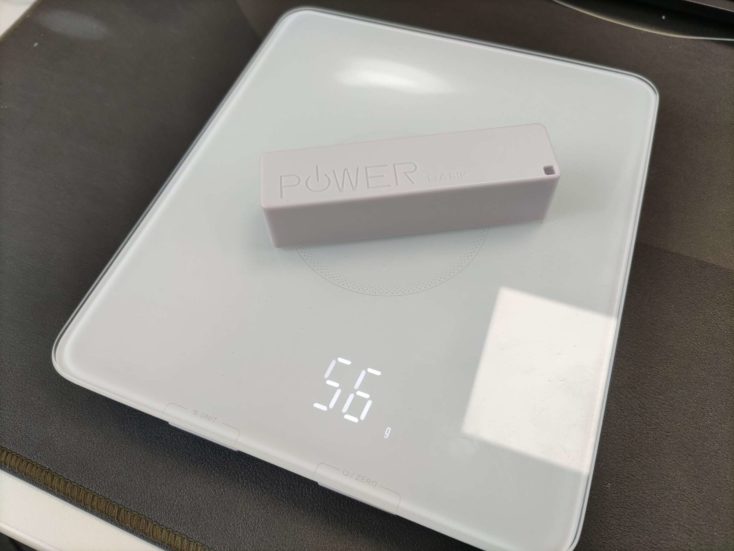 Apart from the weight, however, I think the heating function can already help with neck pain or a cold, if heat is the right tool at that moment. However, you should keep in mind that not the entire scarf is hot, but actually only the neck area. But is enough to keep warm and also distributes pleasantly. In addition, you simply do not notice the carbon fibers almost at all. 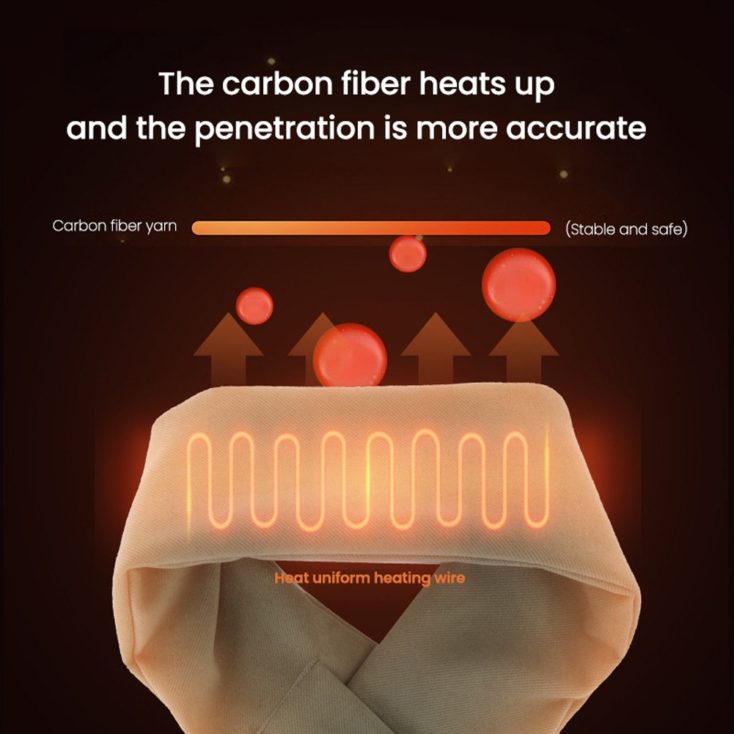 Top quality for a small price

The scarf is made of a cotton fabric that can even be washed in the washing machine. For this, of course, the powerbank must be removed and then the open USB-A port can simply be closed with the attached cap. This actually also fits very tightly and should keep tight. I haven’t had the scarf long enough to wash it yet, but as soon as that happens, I’ll add that here. 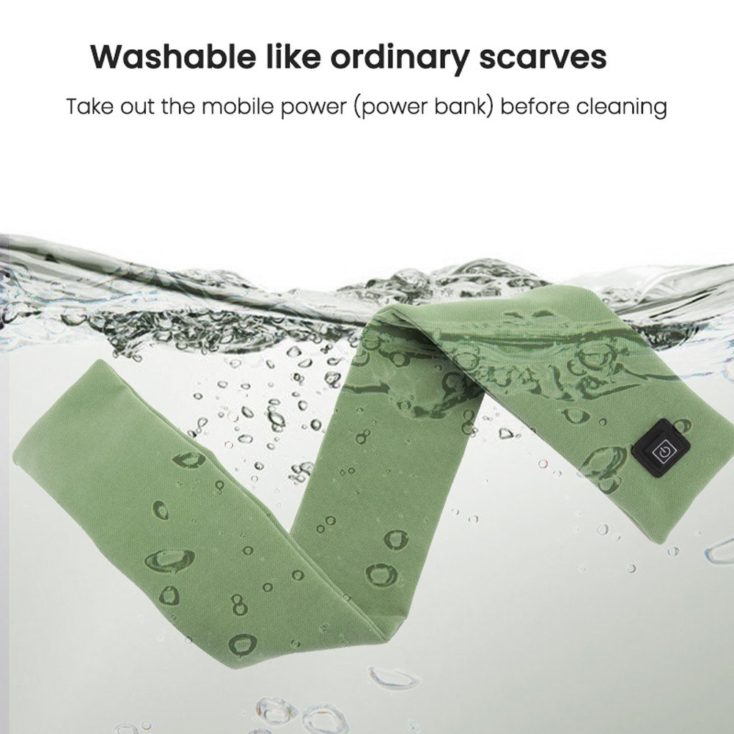 Overall, the scarf is really super processed, I see nowhere processing errors or open seams / threads or adhesive residues, which is otherwise more often the case with something. On the contrary, the power button, for example, is made of very soft silicone sewn cleanly on the scarf. However, it could be a bit smaller and less noticeable. 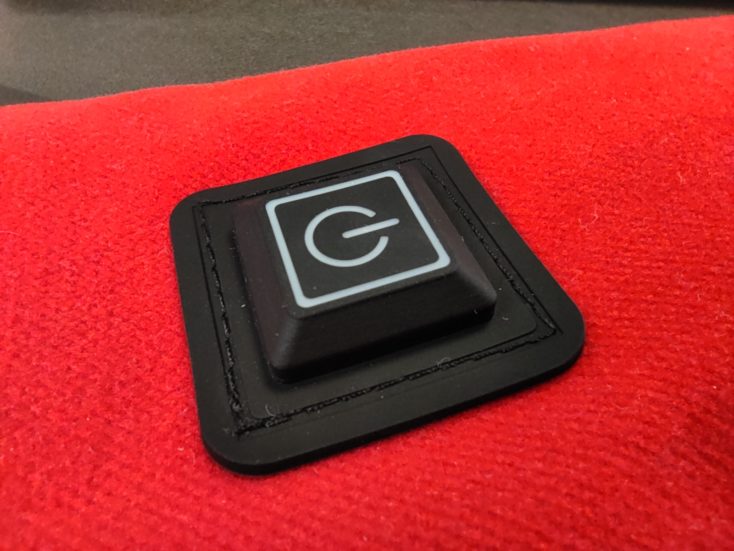 The tube of the scarf is also padded with a little filler and nestles very comfortably around the neck, the feel test in the office went very positively. Even with prolonged wear including heat development on the neck nothing starts to itch or scratch, and I have very sensitive skin, good to know. 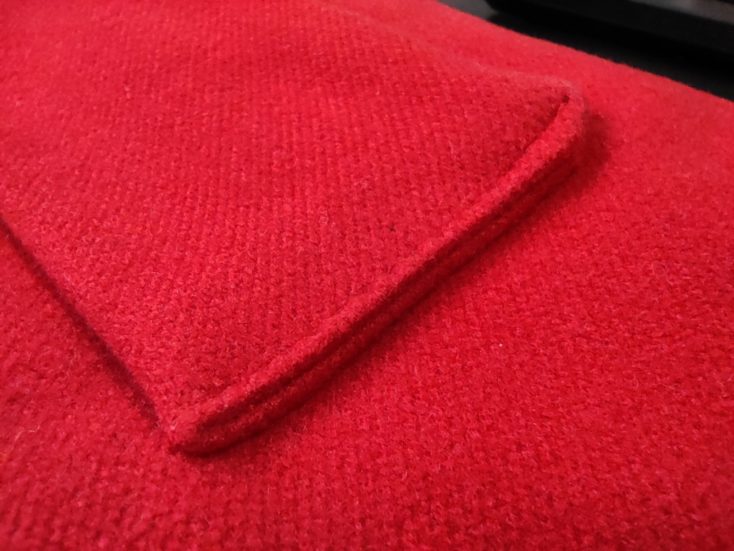 Three temperature levels and up to 55°C

The scarf is filled with a carbon heating mat from the inside in the middle. On the outside of the scarf is the power button, via which the scarf can be switched on and the three different temperature levels can be set. The pressure point of the button is very pleasant, the button itself is made of soft silicone, you do not get stuck with it unpleasantly or bothered greatly. Especially on the road with jacket on and scarf in the collar, I have often forgotten that there is a power bank and cable hanging on me. Above all, you then also do not see the light of the button, which indicates the heating level and flashes during the heating process. Personally, I didn’t notice that at all, even when it was hanging outside, until someone told me that he was slightly distracted by it in conversation.

In the picture below you can also see how long the heating function can be used at which level. Of course, the battery lasts longest on the lowest level, white, with about 40°C for 3 hours. I wouldn’t assume that after wearing the scarf and trying it out with the included powerbank. On the highest setting, I got about 30 minutes of runtime, instead of the stated 1.5 hours. Calculated down, I would also at least half the duration at the other two heating levels. 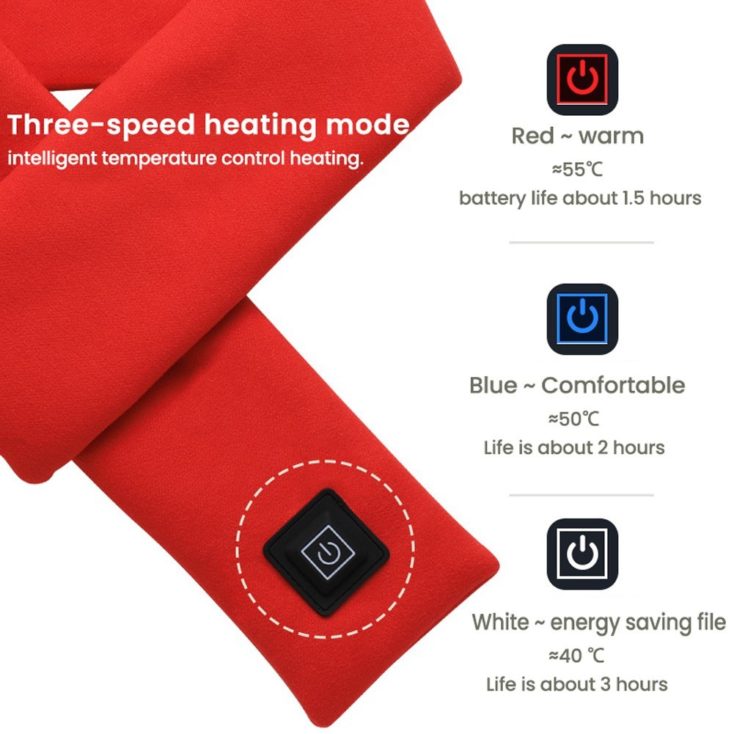 In my opinion, however, that does not have to be a big disadvantage, because when do you need the heating function longer than a maximum of 1.5 hours? I can’t think of many examples, except for hiking or going for a walk, but even then I don’t think the heating function of the scarf is permanently necessary. But, even if you should have longer use for it, that’s no problem. As already written above, any power bank can be used to operate the scarf. So here you can simply change or use in advance a powerbank with significantly more power.

The one scarf to warm them all

So how worthwhile is this scarf? A little hard to answer, because here it depends on the cold sensitivity of each person. But I think for people who get cold quickly, but just don’t want to unpack the heated jacket or a blanket, this can be a good, cheap and easy alternative. Especially as a gift something like this is not to be despised. Reminds us of course other heated things, such as the vest, down jacket or socks, which all work more or less on the same principle and have already been successful or popular with many people. I myself find the scarf really top, at the small money you can not do much wrong, in an emergency you can warm up briefly and otherwise you have a quite stylish and well processed scarf for everyday life.