0 Kommentare October 29, 2021by Jens
Hey, guys! Just a heads up: The linked offer is already a bit older and the price of the gadget might have changed or it might not be available anymore.

The HIMO C20 is unfortunately only available within the EU

Even though the HIMO C20 almost looks like a real mountain bike at first glance, it is much more compact. Thanks to retractable handlebars, it is even transportable and, with a range of 80 km, more than practical, if it weren’t legislation. 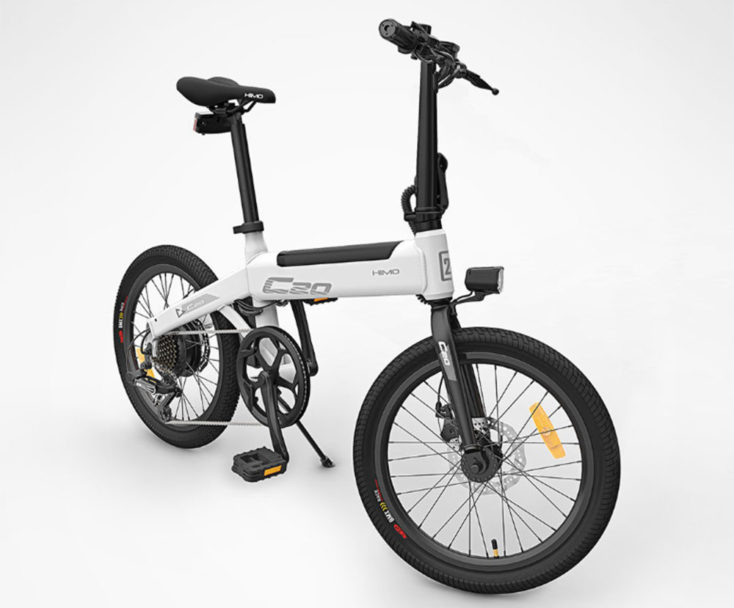 While the HIMO V1S, which we already introduced to you a while ago, immediately shows its status as an e-bike, you have to take a closer look at the C20. Here, HIMO does not install a curved frame with a low step-in like the HIMO C16, but instead goes for a more classic design of a men’s bike with a center bar. With a steering wheel height of 1.09 meters, it is relatively large, but still suitable for smaller people. The saddle is, of course, freely adjustable. The manufacturer produces the e-bike in two colors: Anthracite and White. On the frame is the manufacturer and model name references, which almost distract from the battery installed in the 20-inch frame. With the key, you can easily remove this and replace it if necessary. The air pump is just as hidden, as it is located in the seat post. If you remove it, a plastic cap can be removed and the floor pump is revealed – very practical. The front vertical rod contains as already a hinge, with which you can also fold this rod. 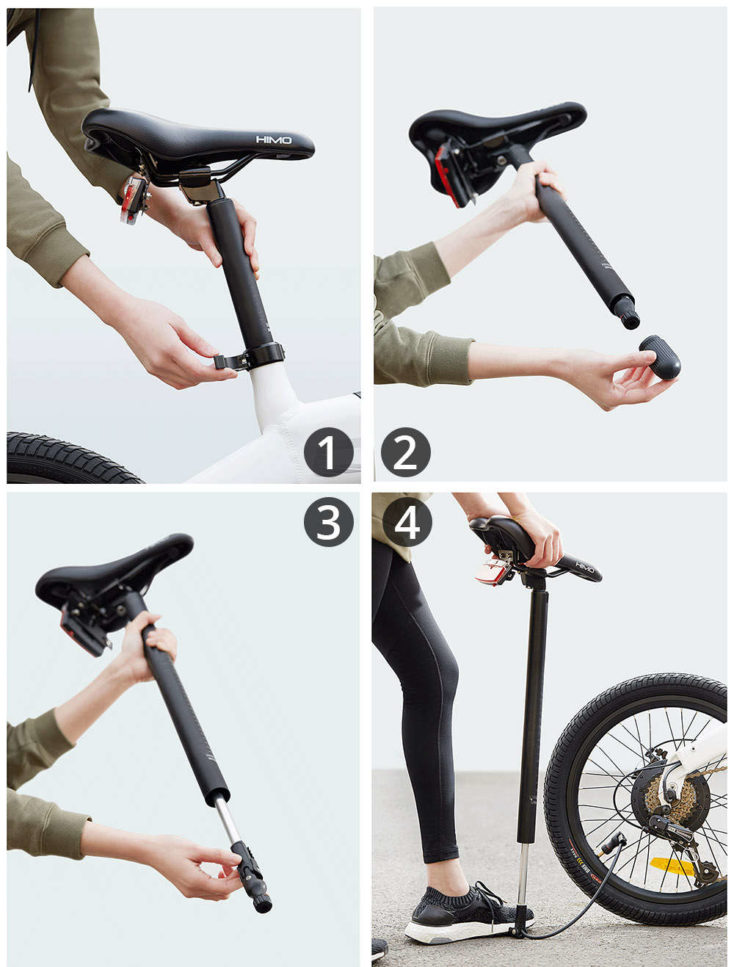 Despite these technical refinements, the HIMO C20 e-bike can withstand a payload of about 100 kg, while it itself weighs 21.1 kg. In fact, we would have thought that it would be a bit lighter. HIMO’s V1S is lighter there at 16.7 kg, and you would certainly notice the difference during daily transport.

In return, you get a bit more range out of the 250W motor than out of the V1S. If you are only driven by the electric motor, you get a range of 50 kilometers, in support mode even up to 80 kilometers are possible. That’s 20 km more than the smaller HIMO e-bike, but also 5 km more than the HIMO C16. To have an overview of its range and the 10 Ah battery, you can of course again use the display on the handlebars. It takes about six hours to fully charge the HIMO e-bike. 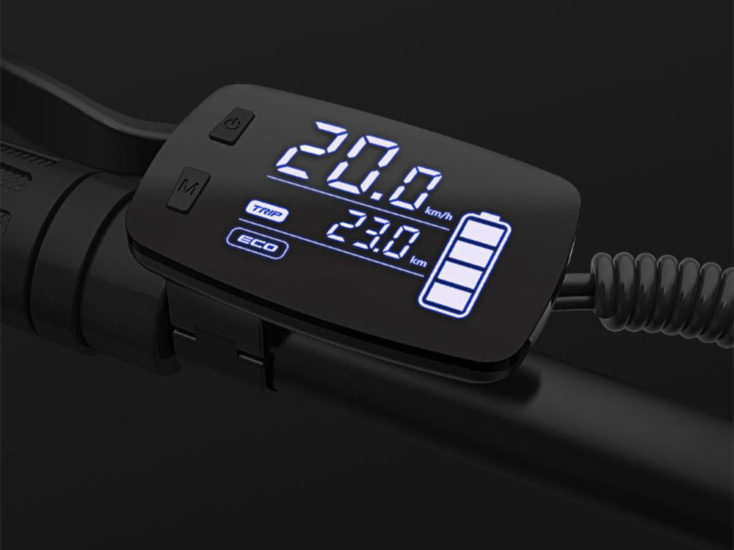 Besides the assisting mode and the completely electric drive, you can of course also ride the HIMO C20 just like that. In all three modes, however, the brake is of course crucial when you reach the 25 km/h top speed. The braking distance is given as four meters on dry ground and six meters on wet ground. The integrated Dual Brake System takes care of that. The Chinese e-bike also uses a gear shift from the Japanese industry giant Shimano, which offers six gears.

We have not yet been able to test a HIMO e-bike, but we have heard positive experiences about the HIMO V1S from some of you. The C20 is currently the strongest model from the Xiaomi manufacturer and we like it because of the clever features like the air pump and the hidden battery. In addition, there is a high range of 80 km. The actual Chinese price of 385€ is super interesting, in the import stores you are unfortunately quickly at twice as much money.

Especially because of the anti-dumping duties on Chinese e-bikes, it is convenient that some stores also offer the bike from the EU warehouse. Nevertheless, you would have to apply for a general operating license for this HIMO C20 e-bike at the TÜV, which will probably remain unsuccessful due to missing papers.