1 Kommentare September 12, 2019by Jens
Hey, guys! Just a heads up: The linked offer is already a bit older and the price of the gadget might have changed or it might not be available anymore. 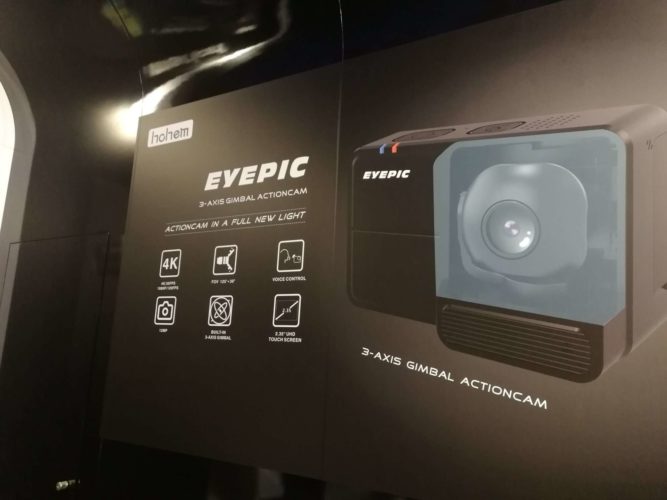 Actioncam manufacturers are outbidding themselves with ever better technologies for image stabilization. Now that 4K resolution is becoming more and more the standard, this remains one of the points where you can stand out from the rest. Hohem has mainly produced Gimbals, we had the iSteady Pro for Action Cams a while ago, which is now also available as iSteady Mobile for Smartphones.

The new camera is then simply equipped with what one does best: A gimbal. The EYEPIC doesn’t look any different from any other action cam except for a thicker bulge around the lens. This is where the real special feature lies: a small 3-axis gimbal. The camera sensor is attached to it, which is otherwise permanently installed in the housing.

Correctly implemented, the technology is superior to electronic image stabilization and should provide significantly more stable images even without an external gimbal. But the remaining specs will also decide how good the camera as a whole is. The maximum resolution known so far is 4K (30fps). On the back there will be a touch screen, which is called “UHD” on some graphics. However, the fact that this is a UHD resolution is highly doubtful.

For the Hohem EYEPIC a campaign will start on Indiegogo; when exactly is not yet known – just like the price. We also visited Hohem at the IFA in Berlin, we were promised November as the launch date. If you register now with your mail address you can get a 40% discount on the final price. Since we find the concept quite exciting, we will keep an eye on the further development and inform you about news here.