0 Kommentare November 27, 2020 by Maike
Hey, guys! Just a heads up: The linked offer is already a bit older and the price of the gadget might have changed or it might not be available anymore.

The Hohem iSteady Gimbal Series and all the different Gimbals for low prices on this special day. For example: the Hohem iSteady X Gimbal for Smartphones at TikTech for $58.99 with the coupon code Hohemx80m.

Gimbals are one of these things you actually never buy but always could use in a certain situation. Well, that’s only my opinion. But I did experience quite a few situations already in which a gimbal would have been really nice to have. So why not the Hohem iSteady Gimbals? 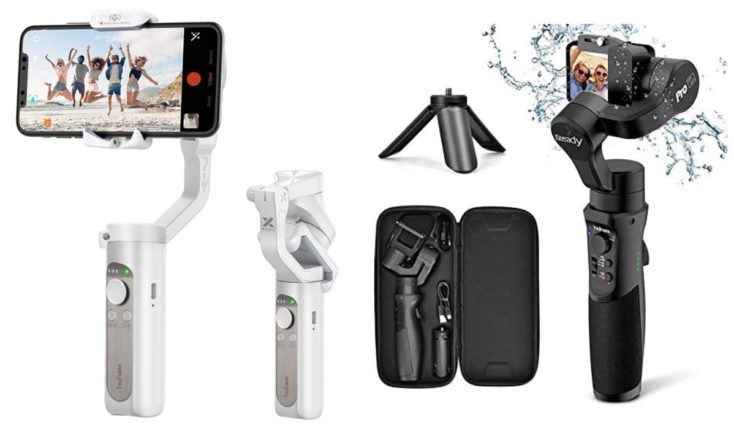 As both gimbals are so similar, we will present them in one article. The only real difference is that one is for action cams and the other for smartphones.

As you can see in the table, there are more differences than just whether it is suitable for an action cam or a smartphone. The Hohem iSteady X Gimbal for Smartphones is able to pan with a radius of 320°, roll of 320° and tilt from -30°~+30°. That is possible because it has a 3-axis stabilization. In comparison, the Hohem iSteady Pro3 Gimbal for action cams also has a 3-axis stabilization but a panning radius of 600°, rolling of 320° and tilting of 320°. 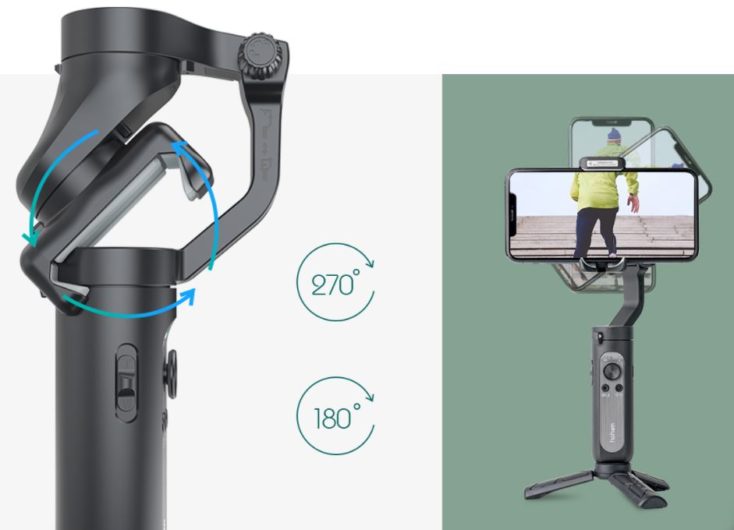 Furthermore, you have different kinds of image stabilization with the different models. Where the gimbal for Smartphones advertises a moment mode and anti-shake algorithm…

…the action cam gimbal offers a special sports mode with an ergonomic design of the gimbal and a 30° beveled angled roller so that you’ll always have a clear view of the display of your action cam. For image stabilization the gimbal offers the 3.0 iSteady Tech, which supposedly helps to capture videos with fast movement, such as sports videos. 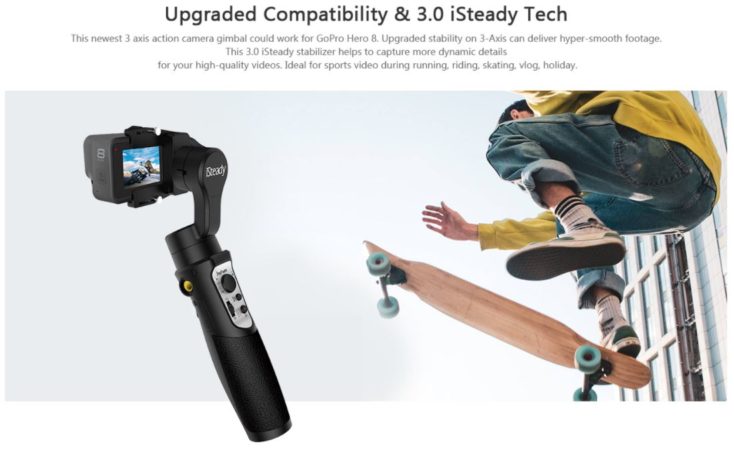 Control via the gimbals

Both gimbals offer you different ways to control your attached devices. The Hohem iSteady X has three extra buttons on the handle for starting and ending a recording or switching between landscape and portrait mode.

The Hohem iSteady Pro3 has a few more functions, especially with the connection to the app, you’ll be able to adjust the stabilizer parameters or switch between the different modes. There’s also a wireless control module only for GoPro action cams though.

Battery, runtime and other extras

Both gimbals advertise a very long runtime but do have different battery capacities. The Hohem iSteady X has a 2000 mAh battery and offers a runtime of 8 hours.

The Hohem iSteady Pro3 on the other hand has a 3600 mAh battery and offers a runtime of 12 hours. It also has an IPX4 water resistance rating, which in my opinion should really be a given. 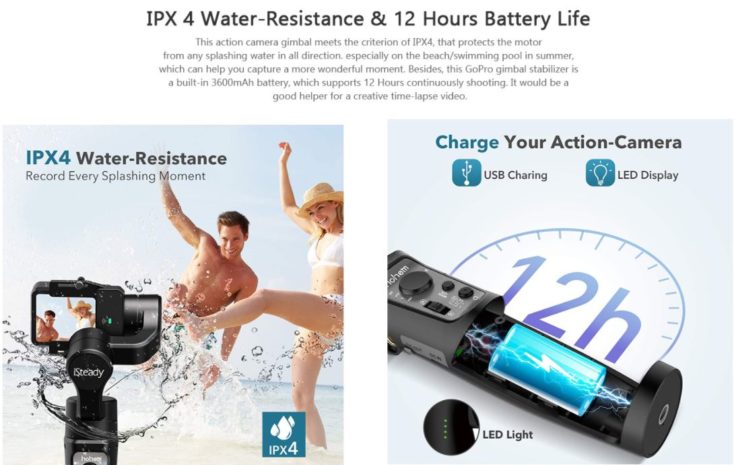 So actually most smartphones would fit in there, like the iPhone 11 series, Samsung Galaxy 10 series or the Huawei P40 series.

Most of the newest action cams will be compatible with the iSteady Pro3 gimbal, but only the GoPro action cams can be wirelessly connected to the gimbal. Other suitable action cams include the OSMO action, SJCAM or Yi Cams.

I think both gimbals offer you exactly the right amount of functions for the money you have to spend on them. You’ll only have to decide whether you want a gimbal for your smartphone or your action cam. For what would you decide yourself?