2 Kommentare November 9, 2020by Thorben
Hey, guys! Just a heads up: The linked offer is already a bit older and the price of the gadget might have changed or it might not be available anymore.

In the area of fitness trackers for under $40, the Mi Band has been stealing the spotlight from the competition for several generations now. The Honor Band has always been very strong and the Honor Band 6 finally gets a redesign, which makes it much more modern. So far it has only been presented in China. 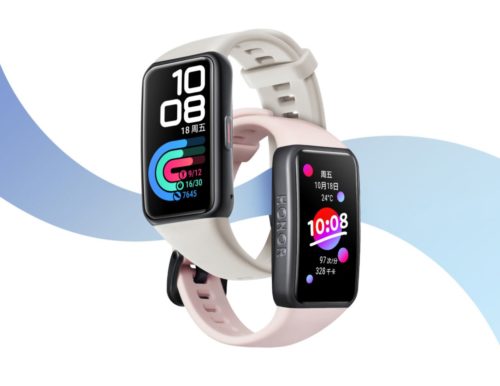 Technical data of the Honor Band 6

The Honor Band 4 and the Honor Band 5 were hardly distinguishable from each other optically and therefore looked a bit old-fashioned. The Honor Band 6 is clearly based on the Honor Watch ES and could also be called Honor Watch ES Lite. After all, the Huawei subsidiary now largely dispenses with the thick screen edges and implements a 1.47″ AMOLED display with a resolution of 194 x 368 pixels, in which the glass is slightly rounded towards the sides. However, the pixel density remains the same as in the predecessor. This also eliminates the touch button, which was otherwise positioned underneath the display, and relies entirely on touchscreen operation. At least a function key is still used on the right side. 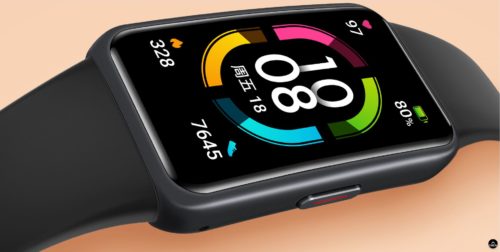 The housing of the Fitness Tracker remains black in all three color variants. With the color selection, you only have the power of decision over the silicone strap, which is optionally black, gray or coral. Without it, the Fitness Tracker weighs 18g, which makes it particularly light. The band closure does not look like the standard pin, so changing the bracelets might be a bit more difficult. On the bottom side, strap 6 is equipped with an optical heart rate sensor and is also protected against water according to the ATM 5 classification. Showering and swimming should not be a problem, but diving should be avoided. 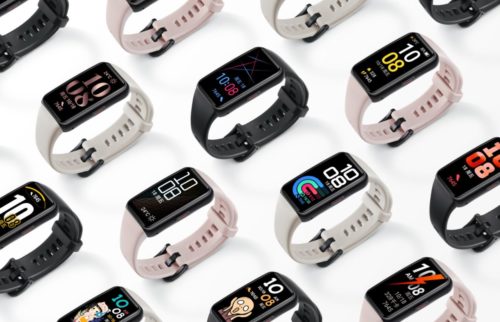 Inside, the changes are not quite so decisive for this. There are still 10 sport modes that should cover the most popular individual sports. But GPS is not on board, so you have to use the Huawei Band 4 Pro or the Huawei Watch Fit. Instead, the permanent heart rate measurement is on board again, with which Huaweis TruSleep sleep tracking also works. In addition, there is the possibility to track the female cycle, but this works more via the Huawei Health App than via the band itself. And as in the previous version, it is also possible to measure the blood oxygen saturation, i.e. to determine the SpO2 value. This is one of the most requested features at the moment, but it was already possible in Honor Band 5. 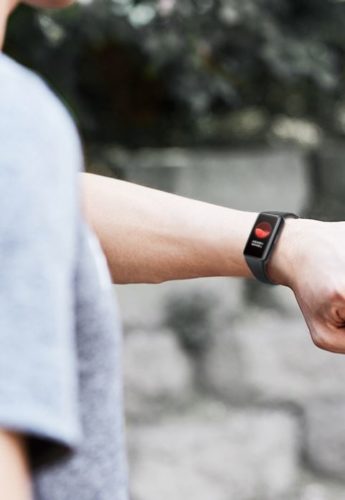 In addition there are so far known functions like weather forecast, music control, notification functions, camera trigger and of course alarm clock, timer and stop watch. In China there is also a version with NFC, which can be used for public transport. In the Global version, Honor will probably delete this feature. For connection with the cell phone Bluetooth 5.0 is integrated. 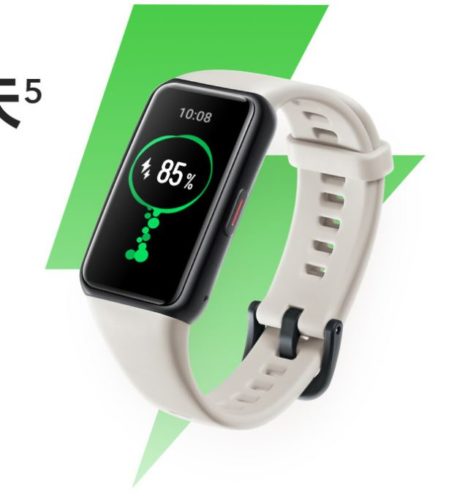 Honor integrates a battery with a capacity of 180 mAh, 80 mAh more than the predecessor. Nevertheless that flows according to manufacturer in the same battery life of 14 days, which is to be explained by the larger display. In the scope of supply a pin magnet cable for charging the Fitness Tracker is included.

Fortunately, Honor Band 6 stands out from its predecessor much more than its predecessor stands out from its predecessor. However, this is largely due to the design, which is more modern and looks much more contemporary. The range of functions, however, is again very similar. However, I suspect that we are slowly reaching a limit and a device in this price range can hardly offer more functions.In China, the fitness tracker costs the equivalent of $38, the NFC version $44, and the price for a global version is estimated to be around $45, although this has not been announced yet.

Do you currently have an Honor Band in use and if so, how do you like it?