5 Kommentare November 5, 2018by Thorben
Hey, guys! Just a heads up: The linked offer is already a bit older and the price of the gadget might have changed or it might not be available anymore.

We have 2018 and slider smartphones feel like the big, new thing. The Oppo Find X has made a first attempt in this direction. The new Xiaomi Mi Mix 3 has solved it rather classically. Now the next big smartphone manufacturer has presented his interpretation. The Honor Magic 2 offers more than just the slider mechanism. 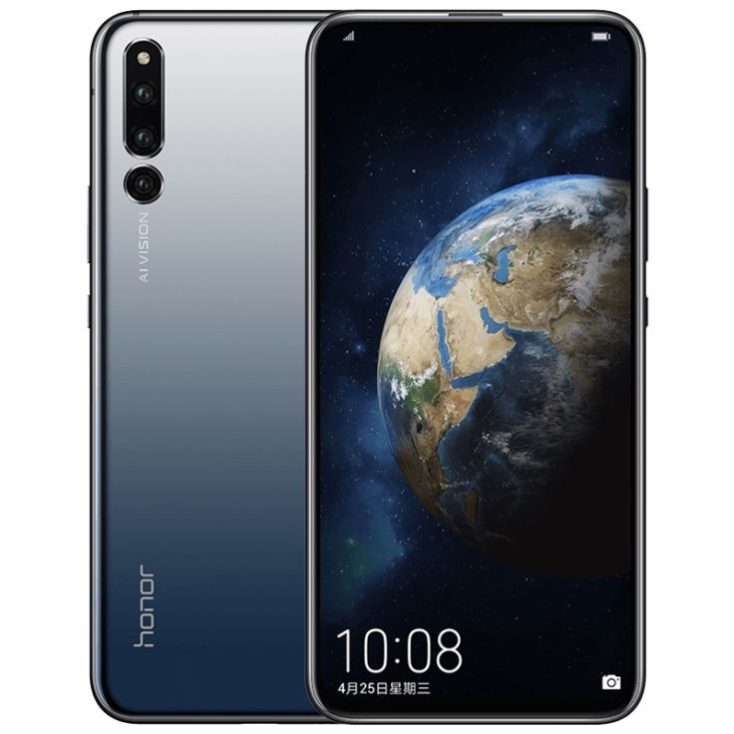 During the IFA 2018 the subsidiary of Huawei announced the Honor Magic 2, but only revealed some information. The Honor Magic could not really assert itself despite or because of its extraordinary design two years ago. Now the manufacturer is making every effort to change this. 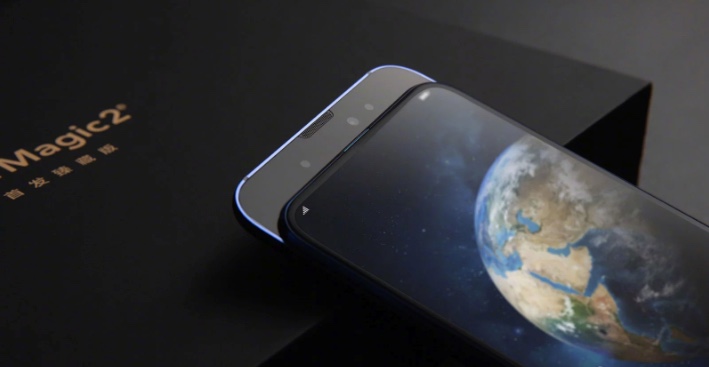 Honor hasn’t spared superlatives in the run-up to the event, as the manufacturer spoke of a 100% rimless design. How one interprets the “borderlessness” of a smartphone actually varies. In my opinion, this value would only be achieved if the display “arches” over the actual edge on all four sides, as in Samsung’s Infinity Displays. A step in this direction is at least the fingerprint sensor in the display, which you also get with the OnePlus 6T, for example. 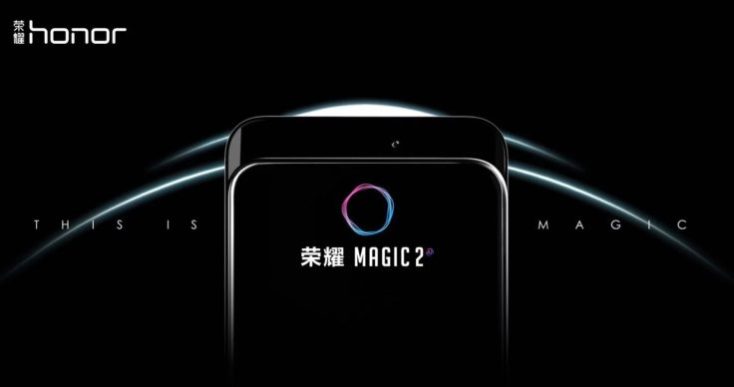 Honor means rather that there is no Notch and the front camera is hidden in the case. As with the Xiaomi Mi Mix 3, Honor also relies on a slider mechanism. This works manually as with the Xiaomi model, so the user has to push the display down himself. Thus, the front cameras can only be recognized in the extended state and only come out when you need them. The display is a 6.4 inch screen that works with an AMOLED panel. The resolution of 2340 x 1080p is appropriate; exactly the same is the case with the Mi Mix 3.

As you know from the Huawei daughter, Honor also offers different color variations. The black Colorway is of course included, but the Magic 2 is also available in blue, red, silver and probably also in white. 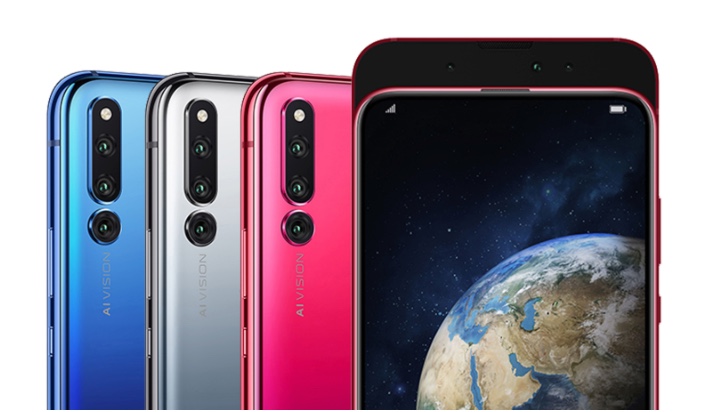 Inside it also goes a step forward. Here you use the brand new HiSilicon Kirin 980, which you also presented at the IFA. In the Geekbench 4 benchmark, the single-core benchmark achieved more points than the Snapdragon 845, which is known from current flagships such as the Xiaomi Mi 8. It is also the first SoC to be manufactured in the 7nm process, optimizing the power consumption of the eight cores. In the recently introduced Huawei Mate 20 this was used for the first time. The GPU is the Mali-G76 MP10.

Honor also provides a proud 8 GB of RAM and 128 GB of memory. A combination that, at least in flagships, slowly replaces the 6/64 GB variants. On the internal memory Magic UI is pre-installed as surface, whereby it is a slight modification of EMUI, which in turn is based on Android 9! Another feature: Magic Charge. This is Honors adaptation of the fast charging, which should work with 40(!) watts. Considering that the most common Quick Charge 3.0 standard works with 18W, this is an ambitious goal.

Honor’s CEO didn’t get tired of emphasizing that the Magic 2 also places a lot of value on the topic of “artificial intelligence”. This was already a much sought-after feature in Honor 10, but it mainly related to the camera. Honor also attaches a lot of importance to the cameras here, as six of them are directly installed in the new flagship. But three of them are on the front, the other three are on the back.

On the back we have two 16 Megapixel cameras and one 24 Megapixel camera. The main sensor is a 16 megapixel sensor supported by the 24 megapixel monochrome sensor. The keyword here is probably portrait mode again. This was the case at least with the Honor 10. The third sensor offers a smaller focal length of 17 mm, so we are dealing with an (ultra-)wide-angle camera. So you get a lot “more” on the picture, because you have a larger picture detail.

A 16 megapixel sensor is also used on the front, which is supported by a TOF sensor to enable a better face unlock. We already know this from the Xiaomi Mi 8 Explorer Edition. In addition, there are two more 2 megapixel sensors that are probably responsible for better selfie portraits and should collect additional information. Would that be necessary? No, definitely not!

The Honor Magic 2 actually sounds a bit like magic, especially because of the Magic Charge and the slider mechanism. In addition, the hardware is really strong, since this CPU is also used in the Mate 20 Pro, the more expensive flagship from Huawei. The triple camera is also cool, I think an additional wide-angle camera is useful, whereby a tele-camera would also be interesting. However, the three sensors on the front are a gimmick, in my opinion they are a bit over the top. However, the Honor Magic 2 definitely plays in a league like the Xiaomi Mi Mix 3 and the OnePlus 6T – this will be an interesting comparison.

The Honor Magic 2 goes on sale in China on November 6th. The smallest version with 6/128 GB is available in China for the equivalent of $480, the most expensive version with 8/256 GB costs more than $600 in China.

Which smartphone launch do you like best? Mi Mix 3, OnePlus 6T or the Honor Magic 2?