2 Kommentare January 27, 2020by Alex
Hey, guys! Just a heads up: The linked offer is already a bit older and the price of the gadget might have changed or it might not be available anymore.

It is nothing new that Honor, as a subsidiary of Huawei, produces not only smartphones but also wearables. Strictly speaking, the Honor MagicWatch 2 is hardly new, but rather an almost identical clone of the Huawei Watch GT 2, but since you have to spend less on the Honor watch, it has aroused our interest. Can one really get the “same” watch for less money? 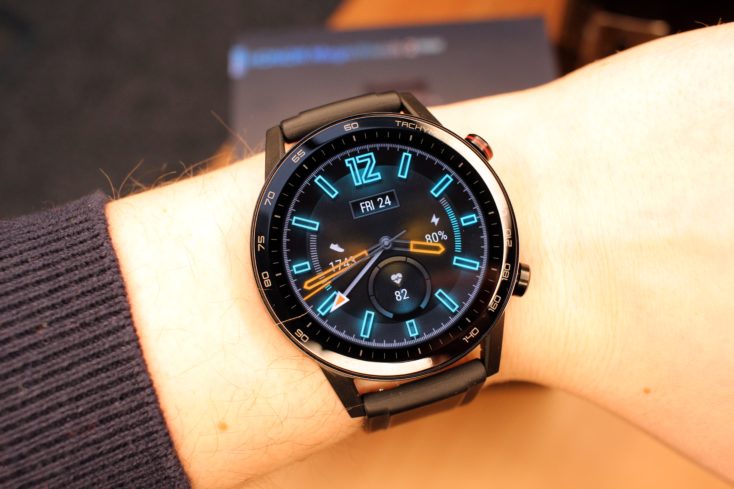 Technical data of the Honor MagicWatch 2

Like the Huawei Watch GT 2, the Honor MagicWatch 2 is also available in two sizes. We were able to test the larger 46 mm version, which is available with a black or silver (with a brown synthetic leather strap) case. In both cases, the case is made of stainless steel (316L) and the 22 mm wide straps can be easily replaced. The same applies to the 20 mm wide straps of the two smaller 42 mm watches. This one is aimed more at women and therefore offers a gold version in addition to the black one.

The display in our large version has 1.39 inches diagonally, the small watch still offers 1.2 inches. However, due to adjusted resolutions, both watches have a high pixel density of 326 pixels per inch. There are differences in the battery life, in which our 46 mm watch lasts 14 days, but the small 42 mm version unfortunately only 7 days. If you use the always-on display, the battery life is halved again. Furthermore, only the large MagicWatch has a loudspeaker and a microphone integrated for making Bluetooth calls.

The Honor MagicWatch 2 is a Huawei Watch GT2 only just under the Honor brand and therefore available at a lower price. All features are completely identical in both watches, which is why I refer you to the test of the Huawei Watch GT 2 at this point, if you are looking for a detailed report and test of the watch’s functions.

Since I have already tested the Huawei Watch GT 2, I immediately notice the strong similarity to it. The exact same dimensions, the same placement of the two buttons and the 3D glass, which covers the dial and bezel. However, this glass doesn’t fall to the edge as much in the Honor MagicWatch 2 as in the Huawei watch. Accordingly, the “edge” in the glass is not really noticeable. Moreover, in Huawei’s case, the 24 hours scale is engraved in the glass, but in Honor, the tachymeter scale is under the glass. The tachymeter for speed measurement is already known from the first Honor Watch Magic, but at that time the word “TACHYMETER” was still written in red, now it is uniform with the rest of the scale in plain white. 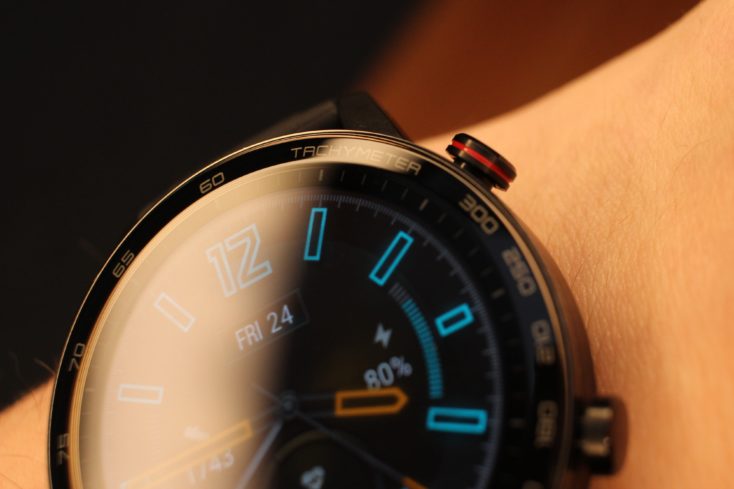 The bezel is also smaller this time and the display no longer has a black border, but goes directly into the bezel. As a result, the display takes up more of the watch’s entire surface, giving it a modern look – similar to smartphones. The only difference in the buttons is that the upper one of the Honor MagicWatch has a red ring, while the buttons of Huawei are completely black. 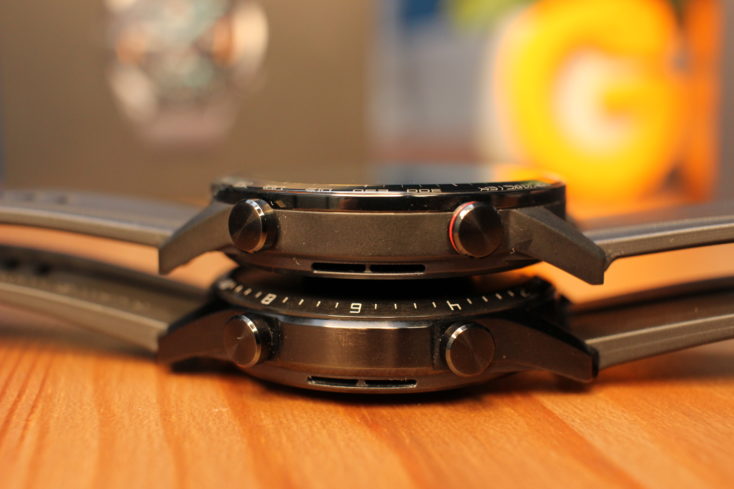 Also the case is slightly different, with Honor it is divided into two parts, with Huawei it is made of shiny black stainless steel. The upper quarter of the case of the MagicWatch 2 is made of black plastic, but the lower three quarters are also made of stainless steel, which is however matt black. The last difference is then the bracelet, which is made of black rubber (fluoroelastomer), but has a slightly different design and the respective brand is written on the clasp. 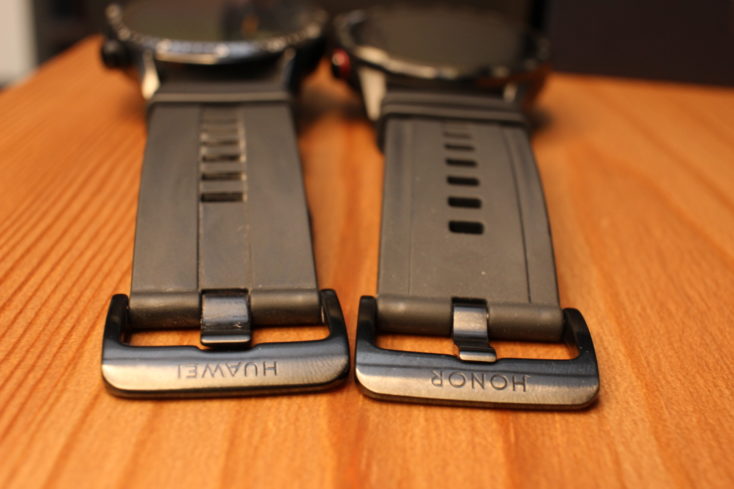 With all these smaller and larger differences, the general design remains the same. So if you didn’t like the Huawei Watch GT 2, you probably won’t be happy with Honors MagicWatch 2 either. However, if the watch meets your own taste, you will get a pleasantly flat Smartwatch with a modern design, many features and good usability.

Although the Huawei Watch GT is the more expensive of the two twin watches, the Honor MagicWatch currently offers ten more Watchfaces in the Huawei Health App (Android/iOS). The Huawei has 25 dials to choose from, of which 24 are also available on the Honor watch. In the MagicWatch, there is one more Watchface pre-installed on the watch and nine more in the app. But I can well imagine that Huawei will soon make these Watchfaces available for the GT 2, too.

That was already all the differences between the two watches, the rest is completely the same, which is absolutely nothing bad. The software runs just as cleanly, the Bluetooth connection to the mobile phone is stable and has a long range, showers and baths have survived the MagicWatch without any problems so far, and the loudspeaker and microphone work well during phone calls over the watch.

Also the storage of music files or podcast sequences works perfectly, so I can leave the smartphone at home for running without having to do without music. The GPS fix and the subsequent tracking also work very well. In comparison with a much more expensive Garmin Forerunner 645, the Honor MagicWatch 2 is only 120 meters short for a distance of about 5 kilometers, which is a very good result at half the price.

Finally, the battery life is also right again. With 14 days of normal use with GPS tracking, notifications (WhatsApp, Skype, calendar), step, pulse and sleep tracking as well as the smart alarm clock, MagicWatch 2 easily outruns all WearOS watches. Even with the always-on display, it lasts a full 7 days before it needs to be charged for an hour and 15 minutes.

The similarity between Honor MagicWatch 2 and Huawei Watch GT2 is so strong that I would choose Honor MagicWatch at any time, simply because it can be much cheaper depending on the offer. The still unsupported emojis as well as the missing Strava integration remain as points of criticism for me. But that’s all I have to criticize, which is why I can recommend the Honor MagicWatch 2 without reservation.