0 Kommentare November 13, 2019by Thorben
Hey, guys! Just a heads up: The linked offer is already a bit older and the price of the gadget might have changed or it might not be available anymore.

As a subsidiary of Huawei, Honor has slightly more freedom than the parent company. That’s why many innovations and new features are first found in the Honor devices. Before the annual flagship the newest device of the V-series will be released, in Europe it is the View-series. The new Honor V30 is the successor of the Honor View 20/V20 and focuses on the cameras. 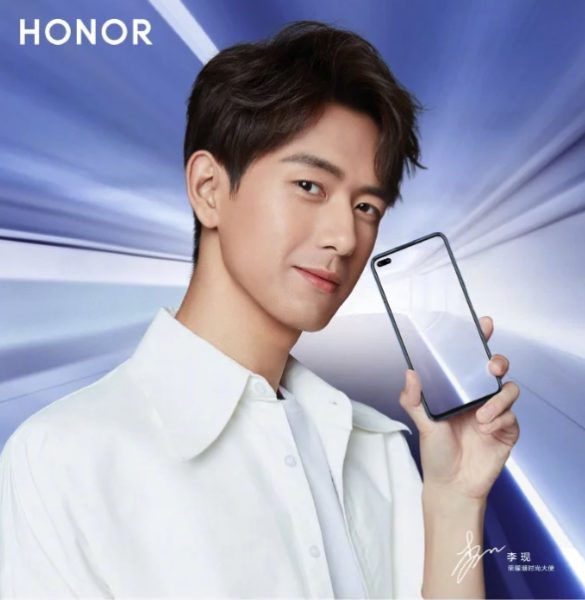 It’s not quite clear yet how many cameras await us on the back. There is talk of both a triple and a quad camera. Since there will probably be a normal and a pro version, both scenarios are conceivable. It is relatively probable that the main sensor offers a resolution of 60 megapixels. A new algorithm, the “Camera Matrix” technology, will be used. Currently, the Mate 30 Pro from mother Huawei is probably the best camera smartphone on the market, hopefully the V30 will also get some of the software optimization here.

The additional sensors will probably be a combination of wide-angle and telecameras. Depending on the version, the fourth sensor could also be used as a time-of-flight sensor or macro camera. Unfortunately, there is no more detailed information on this yet. It is clear that there will be a dual front camera, but the resolution and the sensor used is still unknown.

On an official teaser photo you can see the front of the Honor V30. There a young gentleman poses with the rimless smartphone, which, like the Honor View 20, uses a hole punch display. This means: The notch is located in the display, i.e. a small section in which the front camera sits. In this case there are even two front cameras, just like the Samsung Galaxy S10+. This is a popular way to avoid the “normal” Notch at least a bit. 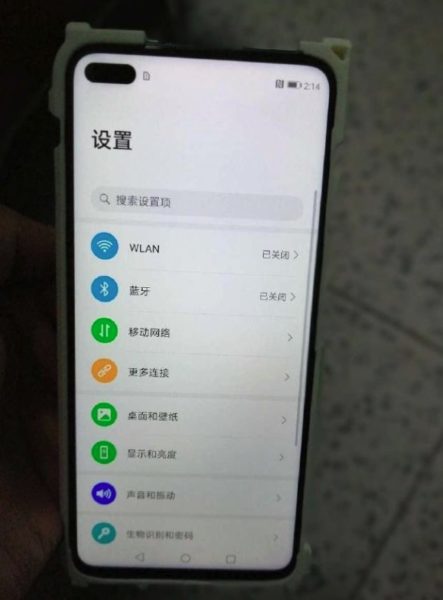 Unfortunately, it is still unclear what kind of panel will be used and what size it will be. The V30 Pro is supposed to be equipped with an OLED display and the V30 with an LC display.

Same CPU as in the Mate 30 Pro

It gets exciting with the hardware. The board contains the brand new HiSilicon Kirin 990 processor, which comes in two versions: one with and one without 5G support. This, of course, invites speculations that confirm the assumed two versions of the Honor V30. So far, the CPU is only used in the Mate 30 Pro just mentioned and, thanks to 7nm production technology, is relatively energy-efficient, optimized for photography and gaming and equipped with improved AI capabilities. Thanks to the CPU, we can also expect 5G in the Honor V30 (Pro).

We don’t have any information about the memory combinations yet, but the battery should be large on average with a capacity of 4,000 mAh. What’s special about it is that the V30 probably supports 40W fast charging and the Pro version can supposedly also be charged wirelessly. In addition, certain features like NFC and USB Type-C are a matter of course. The smartphone also runs the EMUI operating system, an adapted interface based on Android.

Not much is known yet, but the new top model will be presented on 26 November. Until then, new information will probably come to the surface every day, and the article will be updated accordingly. But it will be exciting to see whether the Honor View 30 for Europe will be announced shortly afterwards or whether the US sanctions will prevent a global launch. However, a European launch would not be conceivable until 2020, which would be exactly one year after Honor View 20. We also keep you up to date!