5 Kommentare January 26, 2021by Thorben
Hey, guys! Just a heads up: The linked offer is already a bit older and the price of the gadget might have changed or it might not be available anymore.

Rumors are persistent that Honor smartphones will soon be equipped with Google services again. This is theoretically possible after the separation from the parent company Huawei. The Honor V40 is at least the first smartphone after the Huawei separation in China. 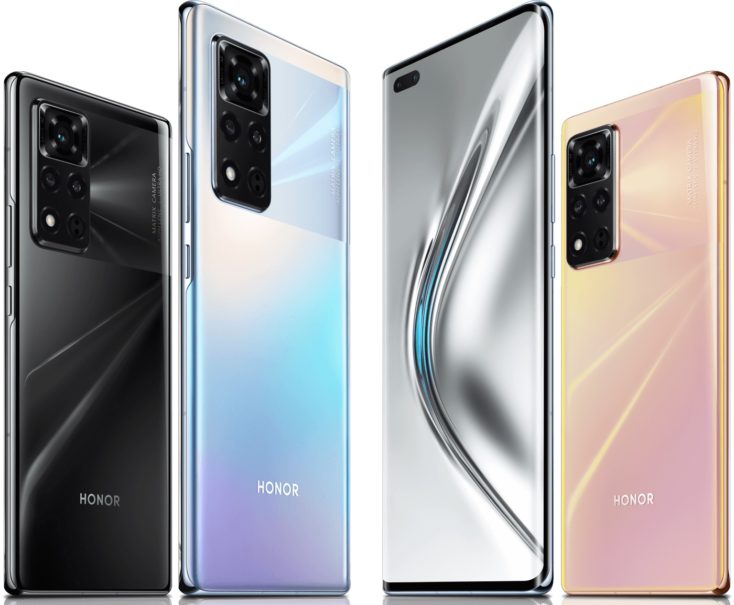 While Huawei smartphones have been equipped with AMOLED displays for quite some time, the former subsidiary still had to resort to LCDs. That is now changing with the V40, the V series integrates an OLED display for the first time! This is directly a 6.72″ OLED panel with a FullHD+ resolution of 2676 x 1236 pixels, which results in a slightly above-average pixel density of 438 ppi. The Honor V40 also offers a 120 Hz refresh rate and a 300 Hz touch sampling rate, which means that inputs are implemented even faster than usual. Thanks to the OLED technology, the fingerprint sensor also fits into the display. Like many flagships at present, the display of the V40 is curved, i.e. curved at the sides. 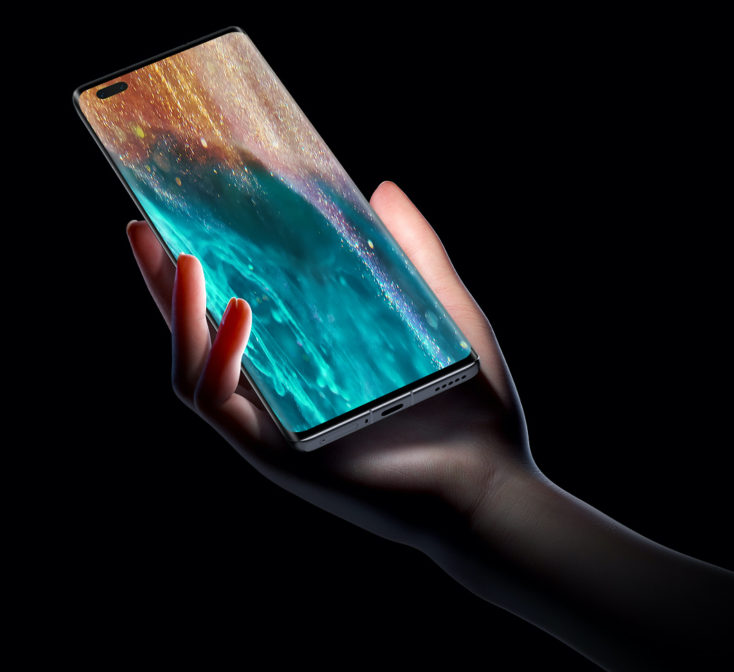 Honor also attaches importance to a stylish build. Like the Xiaomi Mi 11, the top model measures just 8.04 mm in thickness and even comes to a low weight of 186g. The back is made of glass, is supposed to be relatively resistant to fingerprints, and is available in three different colors: black, titanium silver, and rose gold. The elephant in the room, however, is the camera module, which claims a large part of the upper left corner. The rectangular module combines three sensors and is reminiscent of the Vivo X51 5G and Mi 10T Pro, although it seems to be a bit bigger. 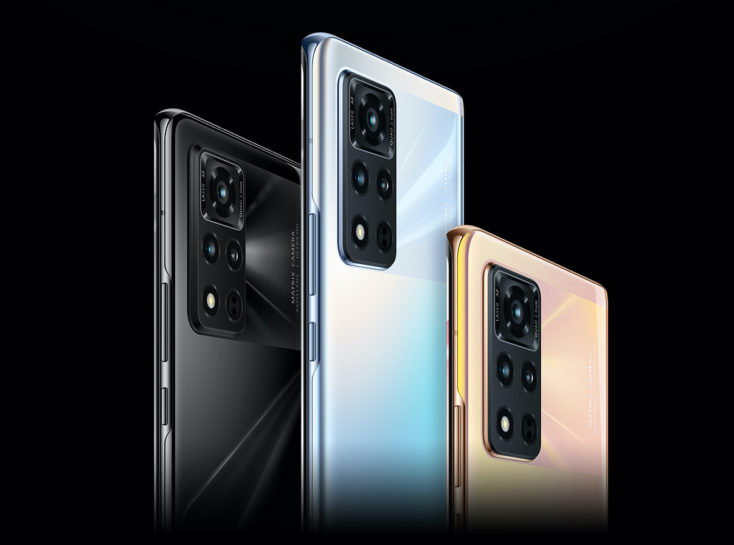 Without Huawei behind it, the manufacturer also no longer has to rely on the HiSilicon chips. The heart of the top smartphone is the MediaTek Dimensity 1000+ processor, which not only brings 5G support, but also a 2.6 GHz clock speed. In addition, there is 8 GB of LPDDR4X working memory and 128 GB or 256 GB of UFS 2.1 mass storage. It is a pity that the newer storage standards are not installed here. However, the 120 Hz refresh rate and the Magic UI operating system based on Android 11 should still ensure a fast performance. 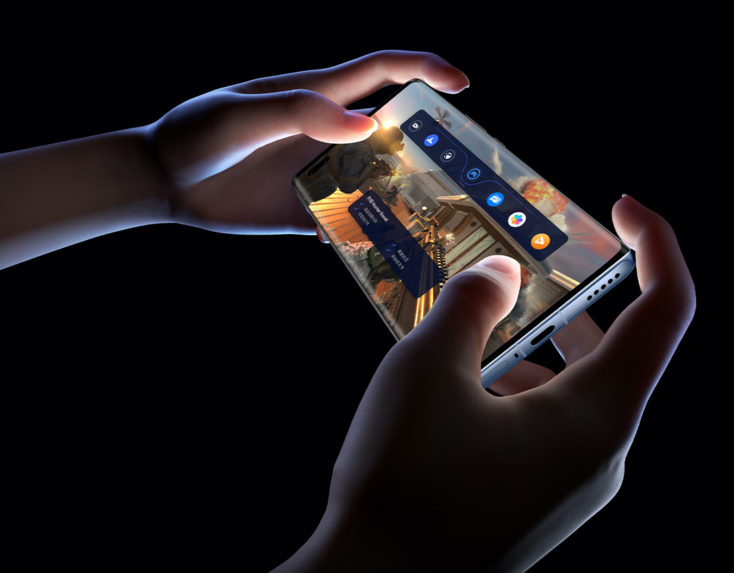 When you look at the battery capacity, you realize how the phone can be so thin. 4,000 mAh capacity is rather below average for 2021 and should ensure a moderate runtime at most, especially in combination with 5G and the 120 Hz display. On the other hand, the Honor V40 can not only be charged with 66 W wired, but also with 50 W wirelessly. Thus, it catches up with Xiaomi’s Mi 11. The ac Wi-Fi, Bluetooth 5, NFC and GPS are also wireless. 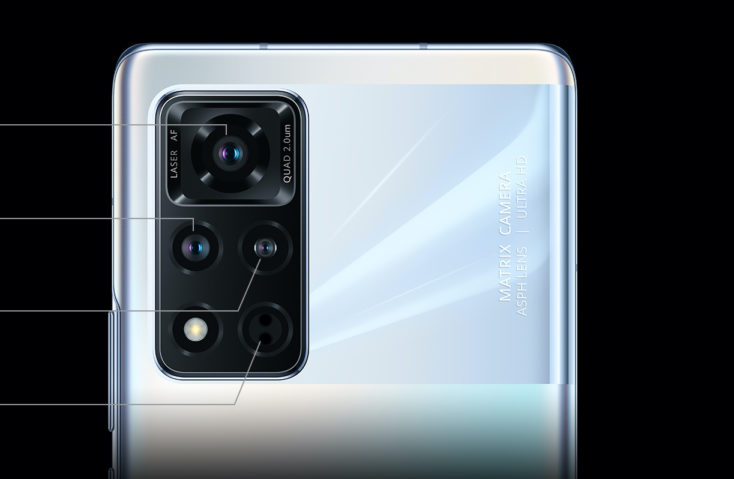 The triple camera consists of a 50 megapixel main sensor, which sounds relatively promising due to the 1/1.56″ sensor size and ƒ/1.9 aperture. In addition, there is unfortunately only an 8 megapixel ultra-wide-angle camera and a 2 megapixel macro camera. However, the camera module still has room for a laser autofocus and an LED flash. A 16-megapixel camera and a time-of-flight sensor are found in the Honor V40’s punch-hole recess.

The V series is usually only reserved for China, but the devices come to the West as Honor View smartphones. The last one was the Honor View 20, which convinced us in our review. Since Honor is no longer part of Huawei, they are allowed to work with Google again and could use the Honor V40 as the Honor View 40 as a comeback for the Western market. The device would have the potential for that. After all, it is not an expensive flagship, but a premium device like we saw last year in the form of the OnePlus 8T or the Galaxy S20 FE. It also offers a 120 Hz display and a probably good camera, but it has a unique selling point with fast wireless charging.In China, the V40 starts at around $500, but we would expect at least $100 more for us.

Would you like to see the device and a general comeback of Honor on our market?