9 Kommentare January 27, 2019by Thorben
Hey, guys! Just a heads up: The linked offer is already a bit older and the price of the gadget might have changed or it might not be available anymore.

Is this already the trend for 2019? Apparently the motto is: “The more megapixels, the better”. After Xiaomi has teased a smartphone with a 48 megapixel camera, the Honor View 20 with 48 megapixel sensor and in-display camera follows! We have the first impressions of the View 20 for you. How well has the new design concept been implemented? 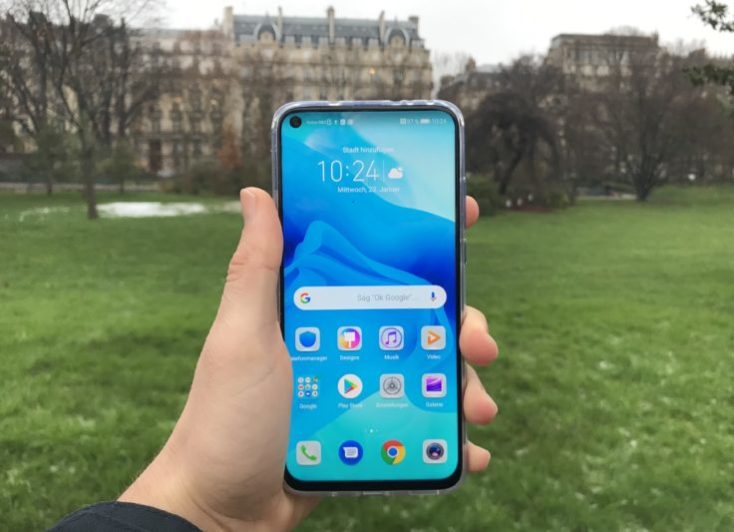 The Honor V10 was released in late 2017 and flew slightly under the radar. It offered top hardware and was the pioneer for Honor 10 and Honor Play. In Europe it came onto the market a little later called Honor View 10. The same game again! The V20 was introduced in China already in December, the global release took place now on 22.01.2019 in Paris under the name “Honor View 20”.

After the Notch comes the hole

Like its predecessor, the new Honor figurehead does not need a notch. This is because the front camera is in the display! Something similar awaits us with the Huawei Nova 4 and the Samsung Galaxy A8S, which was also presented in December. 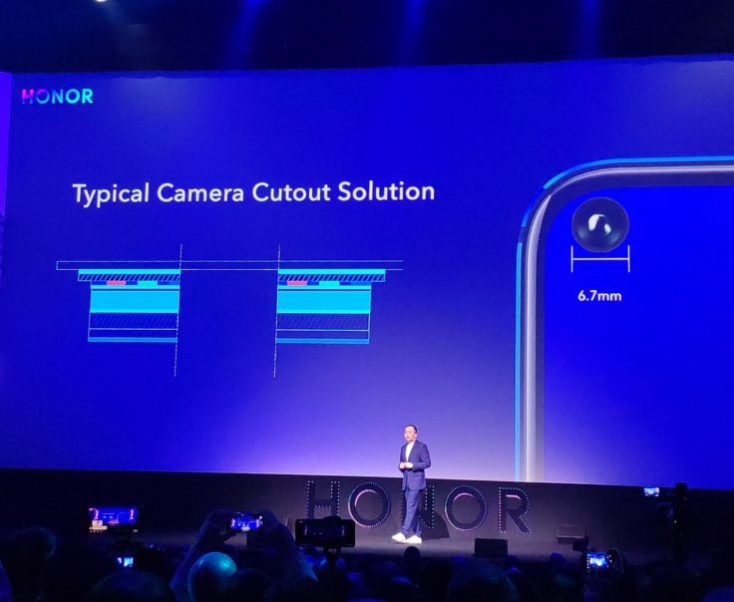 The front camera appears as a “hole” located in the upper left corner of the front. The recess has a diameter of 4.5 mm, in which the lens finds its place. And especially for the notch-haters among us this is an interesting alternative. Honor really succeeds in implementing this “pinhole” camera very well! A short habituation phase is necessary, but then this small hole integrates much better into the overall design than a notch.

But the smartphone is still brand new. That means: not all apps have been adapted to this in-display camera app. Some applications simply cut off the entire bar at the top and “color” it black. Some apps have text right there, so it looks a bit off. But with the right wallpaper you can easily conceal this hole!

The front camera with a proud 25 megapixel resolution is located in this hole. After the first selfies, it can be said that the sensor is powerful and can still produce relatively bright photos even under extreme conditions. However, this naturally affects the sharpness, but photos still look very useful. Only the typical soft focus is a bit annoying.

It doesn’t always have to be AMOLED

As with the Magic 2, Honor uses a 6.4 inch screen diagonal. However, you use an LC display and no AMOLED panel as with the slider smartphone. But there isn’t much to do with the resolution. The View 20 works with a Full HD+ resolution of 2310 x 1080 pixels, resulting in a pixel density of 398 ppi.

At first glance, I really, really like the big screen here. The colors are strong, the brightness is above average and there’s nothing to criticize about the functionality. But I still have two small points of criticism. Even though the front camera is seamlessly integrated into the display, the pixels around the recess are somewhat darker than the rest. A similar thing can be seen at the lower edge of the display, where the brightness is visibly lower at the chin.

Not only the camera and the in-display camera are innovative. No, even the back was probably never seen before. Honor spoke at the event of an “Aurora Nanotextur Design”, which is available either in Sapphire Blue, Red or Midnight Black. Thereby a “V” is first indicated, which becomes recognizable with the correct light irradiation. In addition, with the right irradiation, eye-catching light effects can be produced. 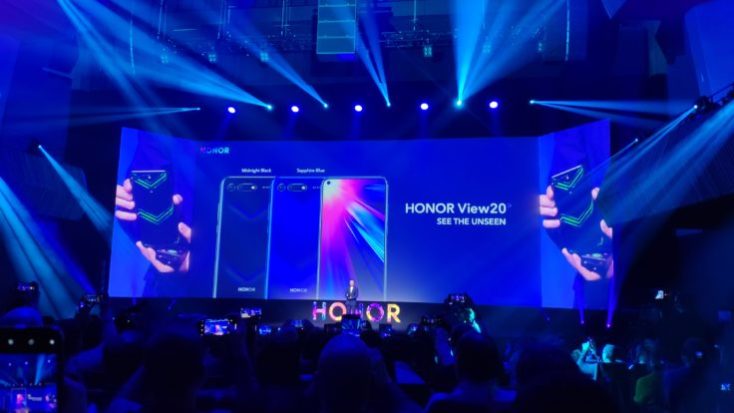 However, this is a plastic back, which is slightly rounded towards the sides. With a thickness of 8.1 mm it’s also not the slimmest smartphone, but the thickness is reasonable due to the large battery. In the hand, it definitely feels very high-quality and is a real visual eye-catcher! 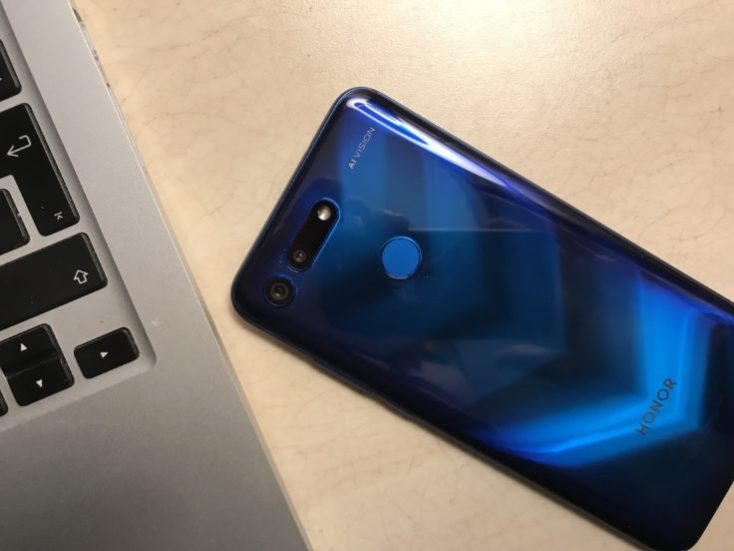 On the back there is another highlight: the 48 megapixel main camera. As with the possible Xiaomi Mi 9, either Sony or Samsung are currently available as manufacturers of the sensor; however, the Honor View 20 gets the Sony IMX586 sensor. Honor thus relies on a single “normal” camera sensor. 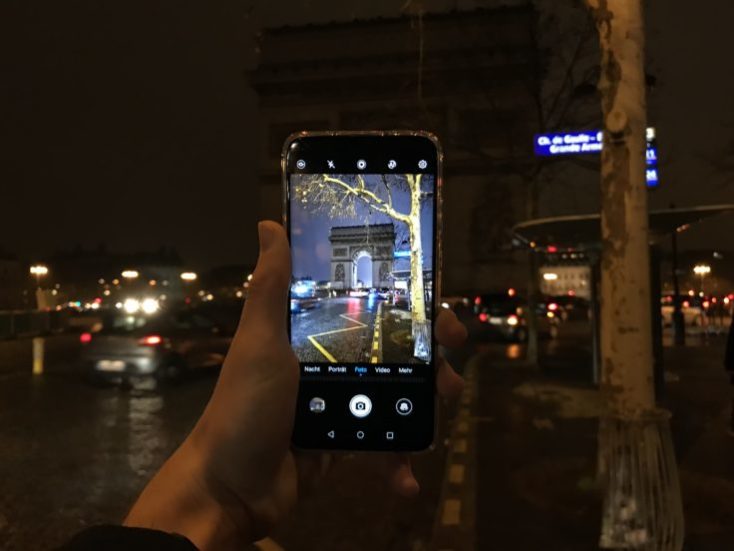 Next to it is a 3D camera with ToF sensor (Time of Flight), which is very useful for AR applications. When it comes to video, Honor also relies on a strong slow-motion mode. With 960 fps, i.e. frames per second, you can achieve a 32-fold slow motion. Samsung implemented this for the first time in 2018, but we were also able to try it out for the first time in the Xiaomi Mi Mix 3. 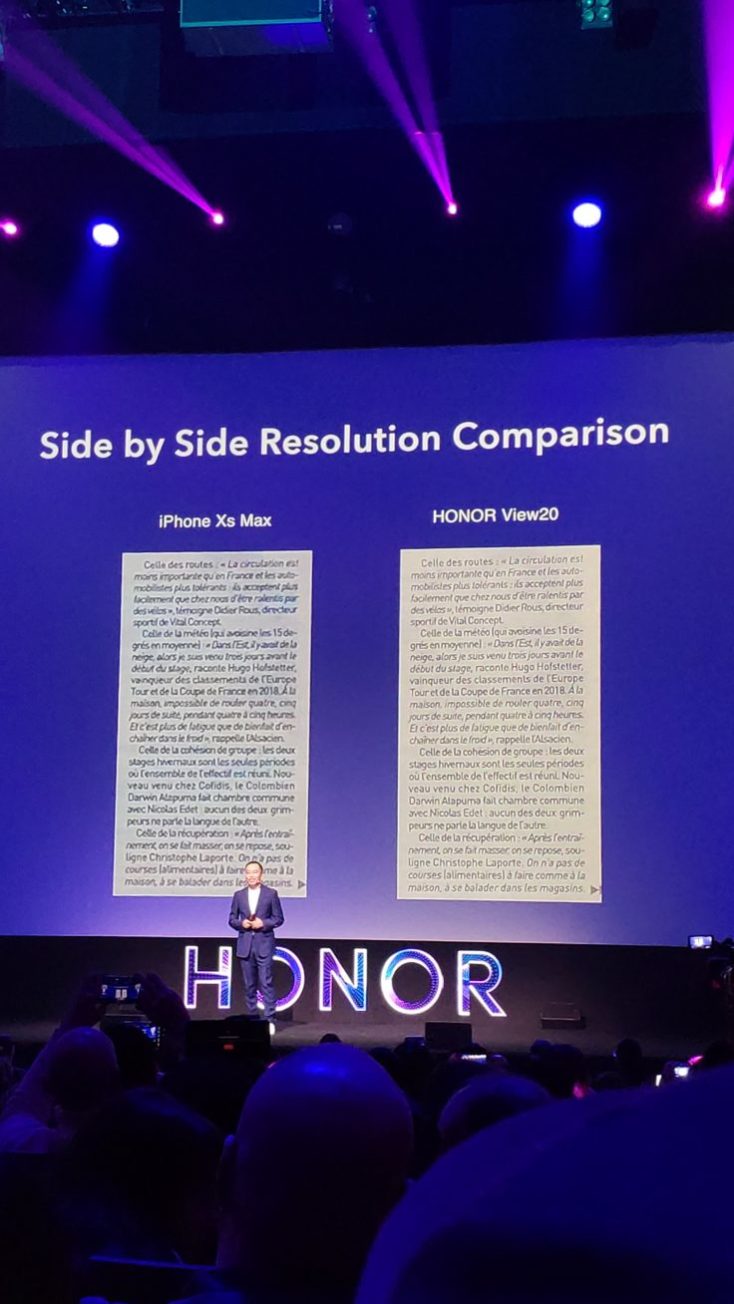 Honor didn’t shy away from attacking the iPhone directly during the launch event. The comparison between View 20 and iPhone XS didn’t quite work in practice, but they are proud of the device’s great camera. But after the first test photos of the Eiffel Tower after the event, the camera leaves me a bit perplexed. Because it can be good, if you want. But you have to set different things beforehand.

As always with EMUI, the camera app is not at all to my liking, but you have a lot of functions. Simply take out the camera and press the shutter button was not enough for me to take a good picture. With the 48 megapixel resolution and the AI scene recognition it worked better for my sensation. A few more details, better brightness and a bit richer colors. 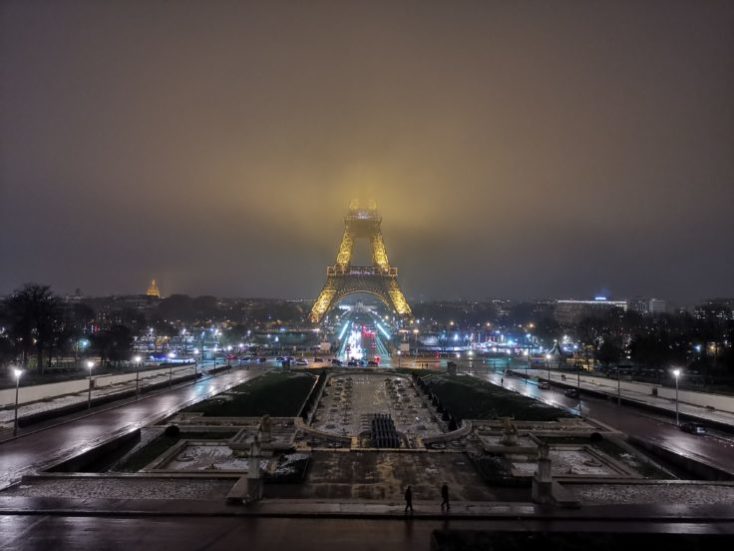 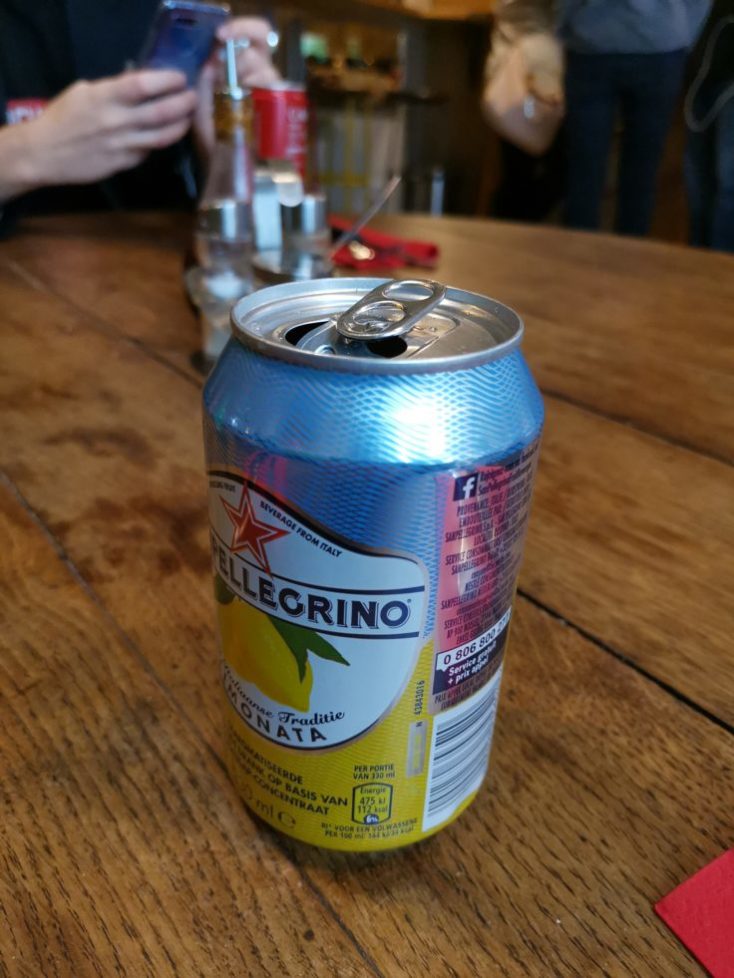 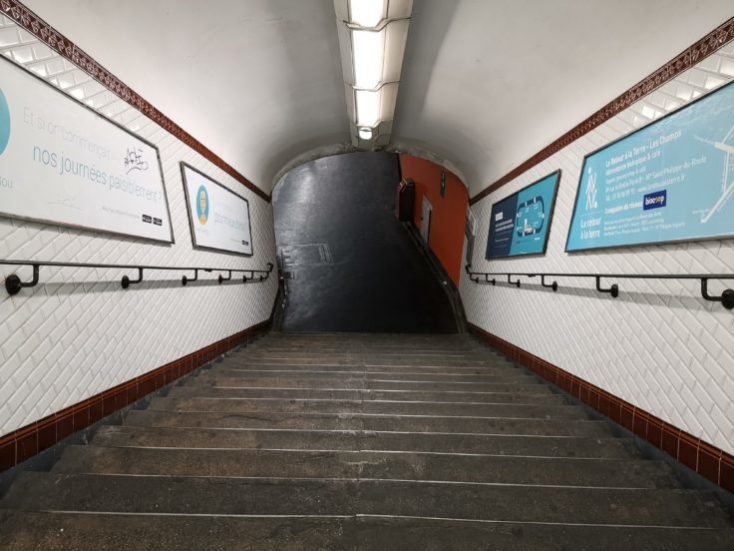 With better light conditions, you have to help with the autofocus, then you get nice photos. I really like the result with the can (picture 2; see above), but out of the box the autofocus didn’t work well, so you got a strange blur. 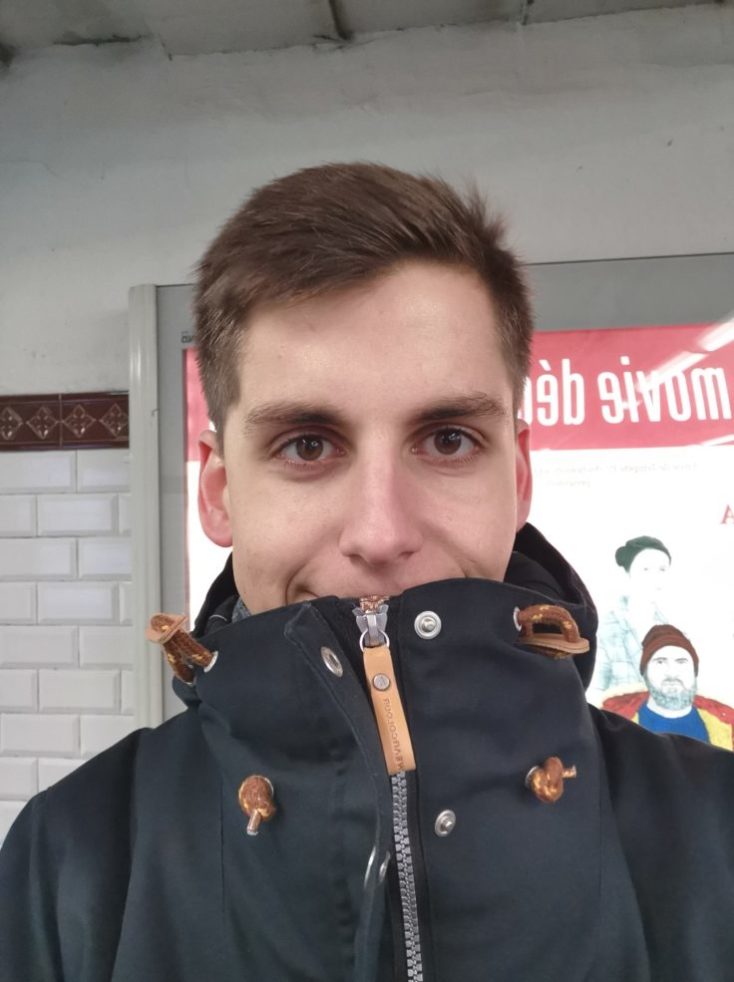 So: I’m looking forward to the next test photos, but that should be a little insight first!

Top performance thanks to Top-Chip

The Honor View 20 gets the necessary power from the currently best processor from HiSilicon. The Kirin 980 also sits in the Huawei Mate 20 Pro and is very energy efficient thanks to its 7 nm production technology. This includes at least 6 GB RAM and at least 128 GB internal memory. But you can also have 8 GB RAM and twice as much internal memory if you pay the necessary surcharge.

And what can you say: the View 20 runs. I already liked the 980 processor very much in the Magic 2 and here, too, there’s nothing else to say but that the Honor View 20 is very fast. So far I couldn’t push the CPU to its limits and doubt that I’ll be able to do that in the course of the test. 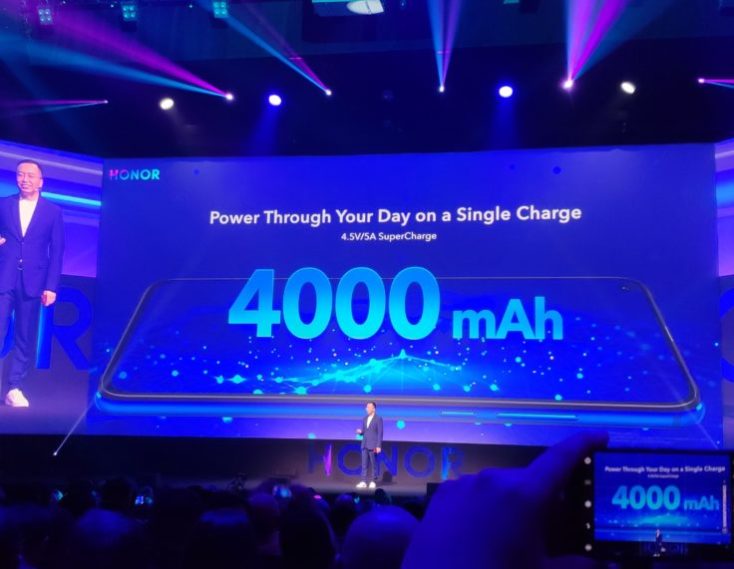 The battery size is above average at 4,000 mAh. Especially in combination with the processor, a strong battery life should result. According to the Chinese certification authority, the Honor View 20 is equipped with 22.5W Fast Charge. Honor also relies on its new technology called Link Turbo. An AI can see how good or bad the Internet speed of the V20 is and accordingly switch between WiFi and mobile data or combine them!

The View 20 has now been launched in Paris and will be available in Europe from 29 January. The recommended retail price of $644 for the 6/128 GB version shows that it is a top model. And the first impression leaves no doubt. The performance is strong, the innovative design concept does its job, by the way. As always at Honor, the EMUI operating system is for me a subjective argument for or against the device that should not be despised. Only with the camera we are still uncertain whether it does justice to this price.

At this point we would like to thank Honor for the invitation to the launch event and ask you: What do you think of the “hole” in the display? Better or worse than the Notch?