7 Kommentare May 20, 2020by Thorben
Hey, guys! Just a heads up: The linked offer is already a bit older and the price of the gadget might have changed or it might not be available anymore.

Yes, finally! Huawe’s subsidiary Honor is now entering the tablet market outside of China. During the Honor All-Scenario Smart Life Products Launch Event, a lot of new products have been introduced, including the Honor ViewPad 6 tablet with 5G & own stylus, which should annoy Samsung and Apple.

In terms of design, manufacturers’ hands are still a little more tied with smartphones than with smartphones. Thus, the Honor ViewPad 6 also looks like most tablets at first glance, looks modern due to relatively narrow screen edges and rounded corners. Due to the ever increasing size of smartphones, one chooses a 10.4 inch display with a brightness of 470 nit and a resolution of 2000 x 1200 pixels in 16:9.6 aspect ratio. This results in a pixel density of 281 ppi. The display was also certified by TÜV Rheinland. It also gets exciting on the back, where Honor offers three different colors: Titanium Silver, Midnight Black and Emerald Green. Even if it’s a matter of taste, there’s finally some color on the tablet market. The dimensions are 245.2 x 154.9 x 7.8 mm and with 475 g the Honor ViewPad 6 is about as heavy as a 11″ iPad Pro 2020. With a powerful processor

By the way, the Honor ViewPad 6 was introduced in China under the name Honor V6. It is pleasing that Honor opts for the HiSilicon Kirin 985 processor here, which offers up to 2.58 GHz clock frequency and even 5G support. The CPU is said to be inferior to the Kirin 990 from the Huawei P40 Pro in terms of performance. The SoC is equipped with the Mali-G77 GPU for graphic applications. There is a choice of 6 or 8 GB RAM, as well as 64, 128 or 256 GB mass storage. However, this can be expanded via microSD card. 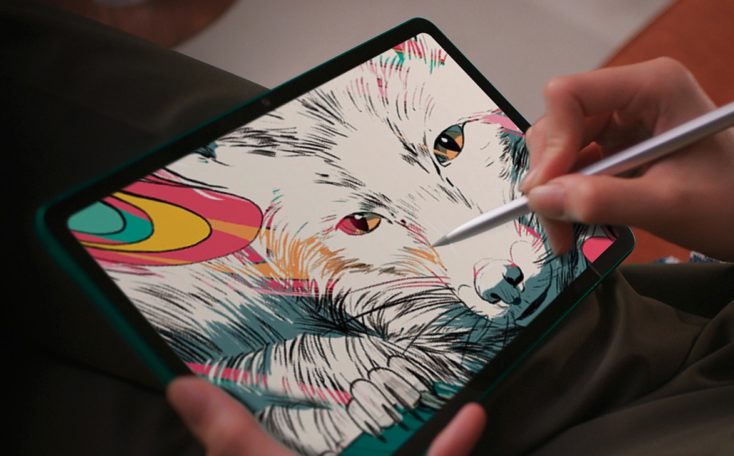 The battery turns out a bit larger with a capacity of 7,250 mAh and can be recharged relatively quickly with 22.5W. The USB type-C port on the bottom is used for this. There is also a 13 MP camera on the back and an 8 MP camera for video telephony on the front. 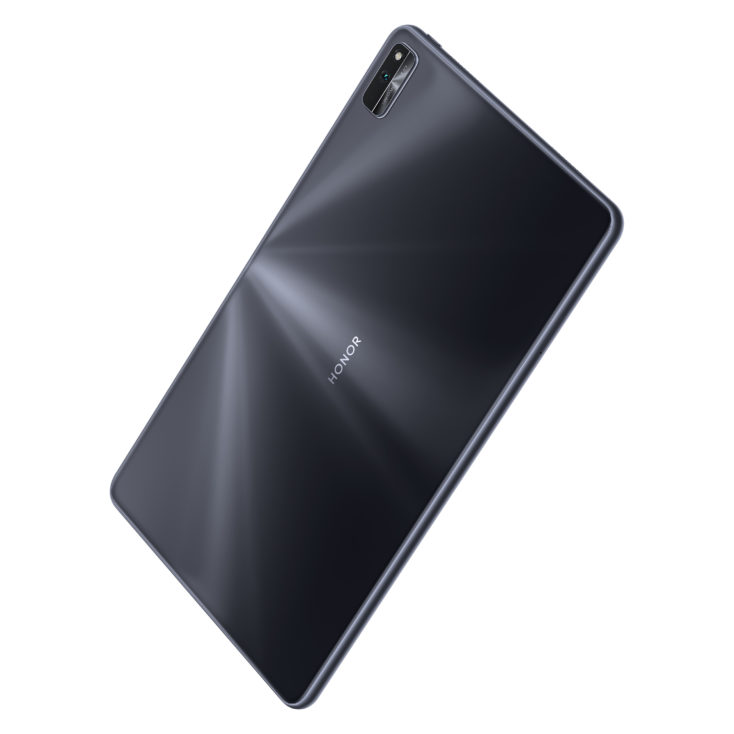 The other equipment is also impressive: Dual Band ac-WiFi and WiFi 6, Bluetooth 5.1 as well as a USB-C port. Interestingly, a jack plug isn’t integrated, but Honor does supply a corresponding adapter for this. Honor also releases a Honor Magic Pencil Set, a stylus with 4096 pressure levels, which apparently has to be purchased separately. Also a Honor Smart Keyboard with Bluetooth connection seems to be available as an accessory.

Finally, a new tablet from a renowned manufacturer has arrived. And the Honor ViewPad 6 really reads very well on paper: a large display, a strong CPU, enough memory as well as a large battery in a modern design give hope. The most obvious point of criticism is probably the lack of Google services, although I think you can get over this more easily with a tablet than with a smartphone. After all, you can also get many apps via the app search.

The tablet should be available from June 2020. Do you currently use a tablet and what do you think about the ViewPad 6?