0 Kommentare September 24, 2021by Thorben
Hey, guys! Just a heads up: The linked offer is already a bit older and the price of the gadget might have changed or it might not be available anymore.

HOTO is now known as one of the small production companies of the Xiaomi universe, we have already reported about the rangefinder, the hot glue gun and a small cordless screwdriver. This time we are talking about the HOTO LED flashlight with a range of 200 meters and 1000 lumens. 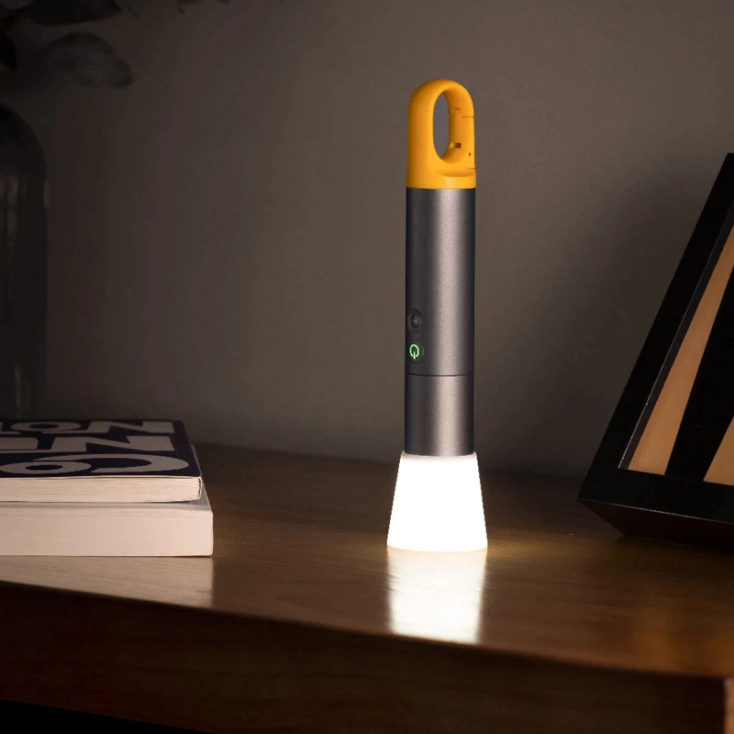 Not just pretty to look at

The HOTO LED flashlight measures 164.5 x 30 x 30 mm and weighs a pleasantly light 160 grams only. The anthracite aluminum housing has a matte finish and is said to be very comfortable to hold. On the end piece is also still an orange hook, with which the flashlight can be easily attached. 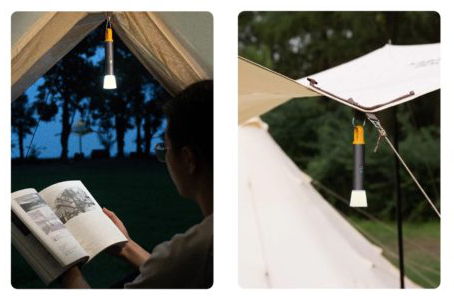 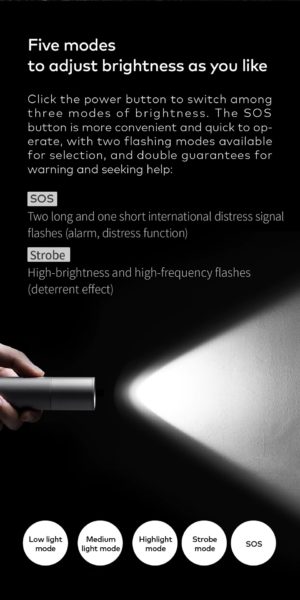 Two modes can be selected via the SOS button. On the one hand, the standard SOS light alert and a strobe mode in which the light simply flashes conspicuously. This can be very handy in an emergency. Especially if you might put the flashlight in your car as an emergency device anyway. It can not only signal distress, but likewise illuminate any repairs that may be needed.

For this purpose, you can also attach a so-called diffuser to the flashlight. This provides a very pleasant light, which illuminates the immediate surroundings and is not intended for long distances. The flashlight only reaches these distances without the attachment. Then the range goes up to 200 meters. In addition, the light beam can be narrowed or enlarged by turning the headpiece.

As already mentioned, the HOTO LED flashlight has three or 5 light modes, even if two of them are only for emergencies. How big the distinctions of each mode are, we don’t know yet. But on the highest setting, the 200 meter range and 1000 lumens will probably be reached. The 2600 mAh battery (18650 lithium battery) will of course run the longest on the lowest setting. 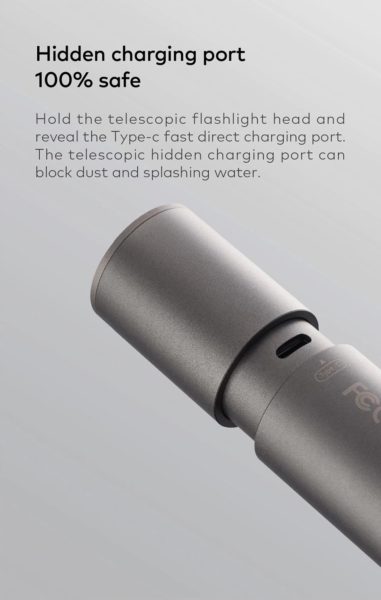 It can be charged via a USB-C port that is protected from dust and splash water. This is located in the telescopic neck of the flashlight, which is also used to adjust the light beam. The power button then shows the current charging status via different colors.

Successful combination of design and functionality?

HOTO has been known for developing and launching very stylish devices until now, and they follow Xiaomi with their very puristic and simple design. The HOTO LED flashlight joins there of course. 200m range, 1000 lumens, we get that in other flashlights, not least the very popular Nitecore and Olight variants, but each flashlight has its own extras. The HOTO LED flashlight belongs for me to the “I can store it neatly and have it ready for smaller things” flashlights, unlike Olight and Nitecore, which have very specific and usually also more outdoor-heavy areas of application, where robustness, water resistance and burn time play a much larger role.