1 Kommentare May 16, 2020by Thorben
Hey, guys! Just a heads up: The linked offer is already a bit older and the price of the gadget might have changed or it might not be available anymore.

Huami is internationally known as a wearable manufacturer, among other things through the production of Xiaomis Mi bands. The Amazfit models also always perform well in our reviews. On May 19 Huami will be releasing a new Smartwatch and possibly starting a new series: the Huami Amazfit Ares. 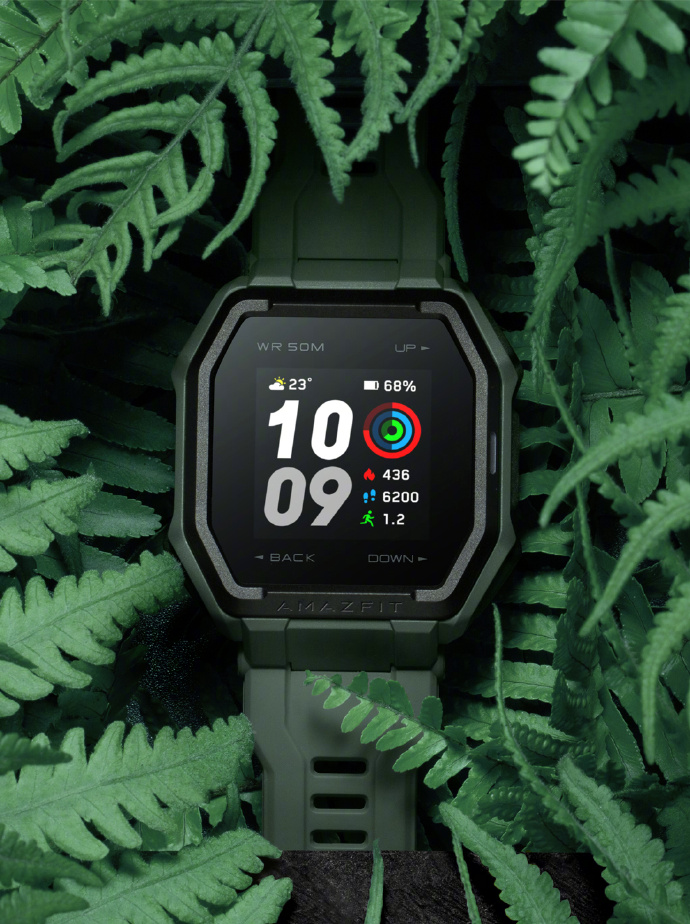 The design already suggests that this could be a “best-of-both-worlds” product. Amazfit opted for an octagonal design, which virtually rounds off the square design of an Amazfit Bip S. Although we don’t yet know how large the square display of the watch will be, you can see that the edges of the screen are a bit thicker. This implies that it could be a kind of outdoor smartwatch like the Amazfit T-Rex. Not only the “jungle” background in the teaser photo is a clue. Around the watch there is also a somewhat thicker plastic case, which is probably available at least in dark green or black. The Amazfit logo can be seen on the underside and the strap is made of silicone. On the right and left side there seem to be function keys, the T-Rex was directly equipped with four buttons.

The display is probably a transreflective color display as in the Amazfit Bip S and not an AMOLED as for example in the Amazfit GTS. It could be the same display panel as in the Bip S, where we would then work with a 176 x 176 p resolution, but apparently there are new watchfaces. There are also supposed to be over 70 sports modes integrated and you use the FIRSTBEAT sports analysis. The high number of sport modes suggests that, similar to the Huawei Watch GT2E, there aren’t “real” sport modes, but only different names of the always same mode. 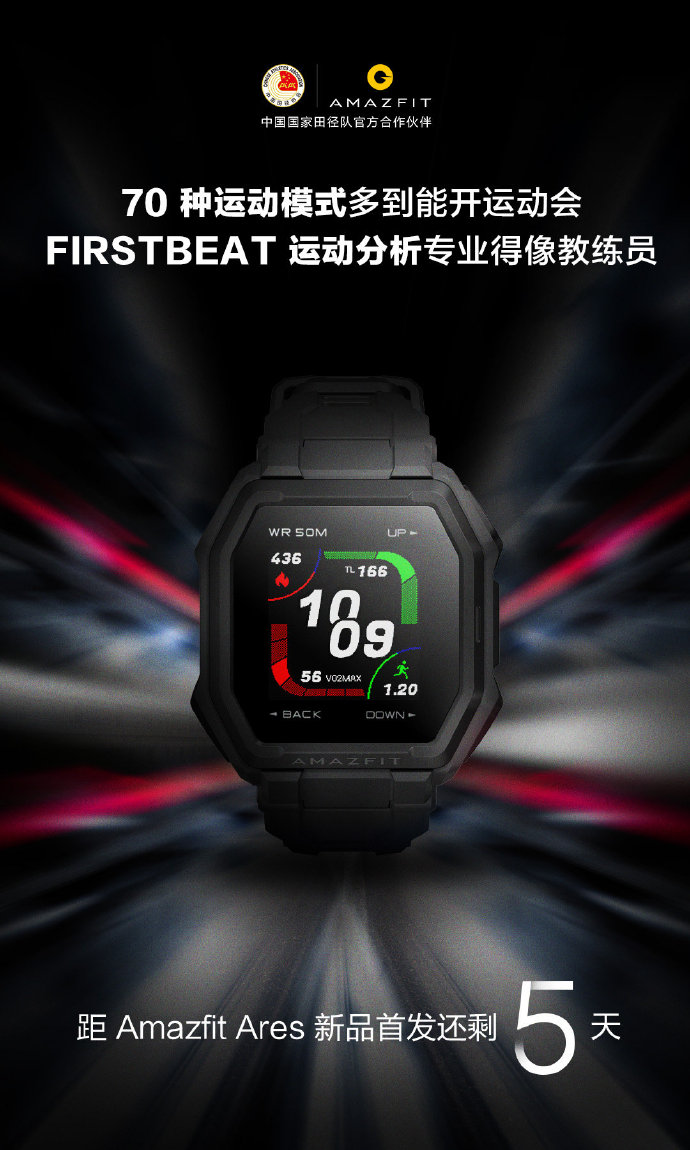 Due to the octagonal design, the transreflective display and the outdoor appeal, we think that this is an affordable alternative to the Amazfit T-Rex, which takes over the hardware of the Amazfit Bip S. Therefore I also assume a price of under $100. I assume that GPS is integrated, since the Bip S and the T-Rex are equipped with it.

How do you like the new design of the Huami Amazfit Ares?