The Amazfit GTR 2 has now also been officially introduced as a global version and is also starting at a price of  $212 (179,90€). The Classic Edition on the other hand costs around $234 (199€). It is basically the same equipment as the GTS 2 and can be pre-ordered from now on and will be on the market as early as the beginning of November!

In addition to the Amazfit GTS 2, the manufacturer has also introduced the Huami Amazfit GTR 2. The GTR 2 also picks up on the design of its predecessor, but unlike the GTS it features longer battery life and an even more refined design. 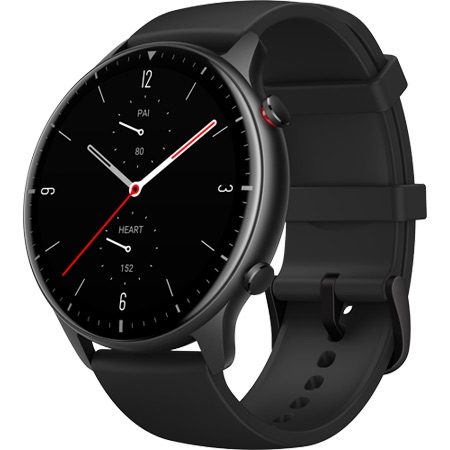 In order not to confuse the GTR and the GTS, you just have to remember that the “R” probably stands for “Round” and the “S” for “Square”, i.e. rectangular. This is why the Huami Amazfit GTR 2 once again shines in a classic, round watch case. The main focus is on the 1.39″ AMOLED display, which offers a resolution of 454 x 454 pixels. This adds up to a pixel density of 326 ppi, making the screen sharp, but not quite as sharp as in the GTS 2. The AMOLED panel also supports an always-on display, but this reduces the battery life. In addition, there are many watchfaces via the Zepp app (formerly Amazfit app), but the watch also supports custom watchfaces. The new Huami Amazfit GTR 2 looks more elegant than its predecessor, which is probably due to the fact that the manufacturer has minimized the screen edge or bezel. The bezel is smaller and the bezel appears to be directly on the glass, making the transition between the display and the bezel very smooth. The watch case is made of either aluminum or stainless steel, depending on whether you choose the sports or the classic version. The aluminium Sport version weighs 31.5 g, the stainless steel version 39 g without strap. On the right side there are two function keys, this was also the case with the predecessor. 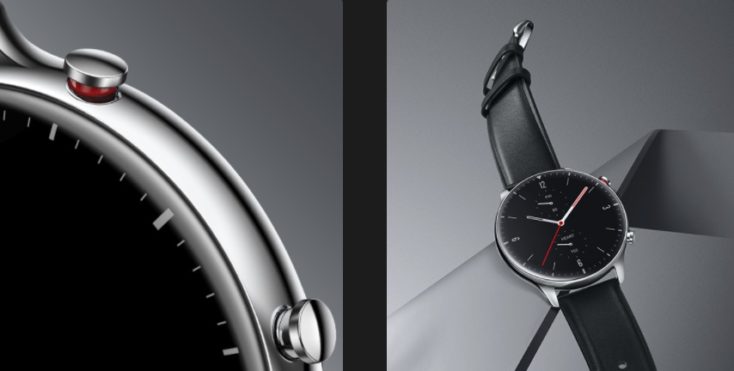 The Amazfit GTR 2 Sport version is equipped with a 22 mm silicon strap, while the Classic version uses a leather strap of the same thickness. Both versions, however, are protected against water in accordance with the ATM5 classification. So you can shower or swim with it without any problems, but it is not recommended to use it with a leather strap. In this generation there seems to be only one version and no smaller 42 mm version.

Like the GTS 2, the GTR 2 is equipped with the new in-house BioTracker 2 PPG heart rate monitor for permanent heart rate measurement and blood oxygen saturation measurement. By measuring the heart rate 24 hours a day, the Smartwatch can also detect heart arrhythmias. In addition, it reintegrates PAI, the personal health assistant, which evaluates your activities and your health in the form of points. Thanks to the heart rate monitor, sleep tracking is also possible again, which can now also detect naps. This is a practical feature, especially for people who work night shifts and only sleep at noon.

For athletes, Huami integrates the same 12 sports modes as in the GTS 2, including running (indoor/outdoor), cycling (indoor/outdoor), swimming, skiing or climbing. For this purpose, GPS is also on board, for example, to enable positioning when jogging. Hopefully we have improved the precision. In our review of the first Amazfit GTR, GPS tracking performed relatively poorly. There are also typical watch functions such as alarm clock, timer, stopwatch, notification function, weather display and the compass.

Like the GTS 2, the Amazfit GTR 2 now offers offline music playback with an internal memory of about 3 GB, which should be enough for 300 to 600 songs. However, this is combined with the NetEase cloud music streaming service, which can only be used in China. How to solve this for the global version is not known yet. The same applies to the integrated NFC, which can be used for public transport in China, and the Xiao AI voice assistant, which unfortunately only understands Chinese. With the Amazfit GTR 2 you can make Bluetooth phone calls. For this purpose a speaker and a microphone have been integrated. However, you need an active Bluetooth connection to your smartphone.

But the big advantage of the GTR 2 compared to the new GTS is the much better battery life. Thanks to 471 mAh battery this amounts to 14 days, thus twice as much as with the sibling clock. Thus are actually even 48h GPS use possible, with little use the battery life amounts to probably even more than one month! However, this is one more week less than the predecessor, which even offers up to three weeks battery life.

The Amazit GTR 2 and the Amazfit GTS 2 do not differ in terms of their range of functions. In addition to the obviously different design, the battery life is a big plus for the GTR 2, but it is also a little heavier and clumsier, even though I like the revised design very much. Unfortunately, the new GTR was only introduced in China for the same price of $150, so here too the question is how to implement the NFC function or music playback in a global version. As soon as there are new infos, we will let you know here.