0 Kommentare September 6, 2020by Thorben
Hey, guys! Just a heads up: The linked offer is already a bit older and the price of the gadget might have changed or it might not be available anymore.

Shortly after the news about the renaming of the Amazfit app to Zepp, a new Smartwatch of the Amazfit brand appears. The Huami Amazfit Neo is fully committed to retro design without sacrificing any smart features. 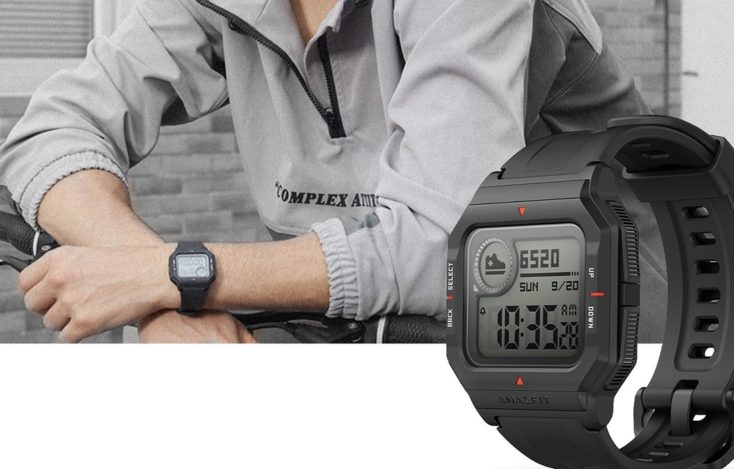 Anyone born before the 2000s will probably think of the Huami Amazfit Neo directly as a Casio watch. Amazfit has adapted the square design with rectangular screen and robust workmanship. The housing frame is somewhat thicker and thus somewhat reminiscent of the Amazfit T-Rex, the manufacturer’s first outdoor watch. The Neo is available in three different colors: black, red and green. The case frame remains dark gray, as do the four function keys on the left and right. Thanks to ATM 5 classification, the smart watch can also be used for showering and swimming. 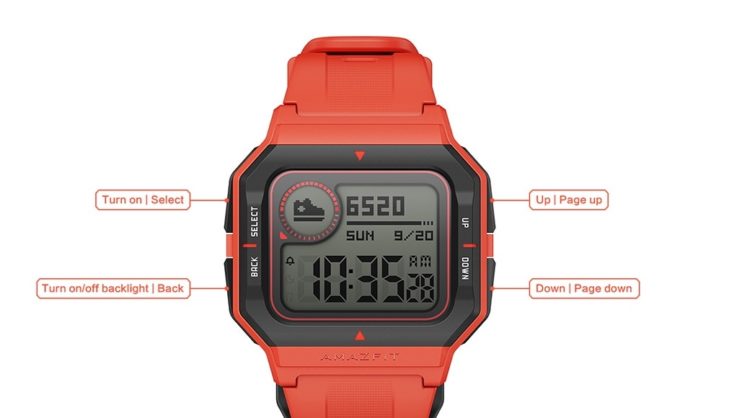 Apparently the manufacturer would like to build on the success of the Amazfit Bip. After all, they are processing a black-and-white always-on display with a 1.2″ screen diagonal. This transreflective display is really always on, so you can read the time at any time, although background lighting can also be switched on. The Polyeruthan wristband is 20 mm wide and seems to be easy to change. Overall, the watch weighs 32 g, which makes it almost as heavy as the Amazfit Bip S. 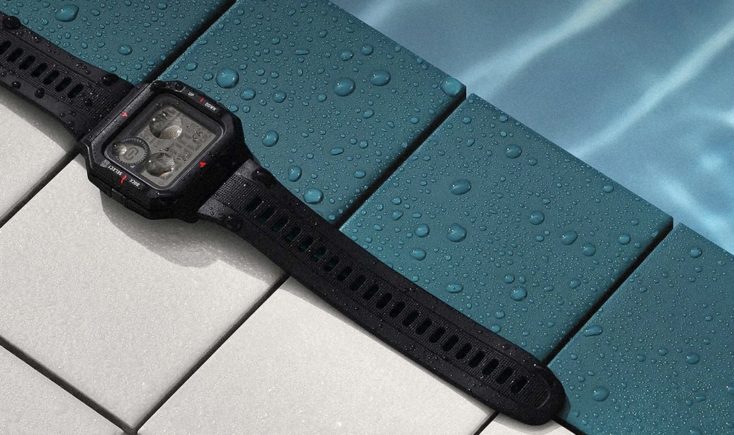 Whether the Huami Amazfit Neo is strictly speaking a “Smartwatch” is certainly a matter of definition. Similar to the Bip, it has a proprietary operating system and no large memory. But we don’t know yet if this is only usable in English or if it also supports other languages. The range of functions is limited to sports activities, for example, for which Personal Activity Intelligence is integrated, which probably also supports different sports modes. For this there is also a BioTracker heart rate monitor on the bottom side, which is also used for sleep tracking.

In addition, there is a notification function, including for calls. In addition, we can expect some typical clock functions such as a stopwatch or alarm clock. Via Bluetooth 5.0 BLE the connection is established with your own smartphone, on which you have to use the new Zepp app to read data and make settings. A highlight is certainly the 160 mAh battery, which should provide a battery life of 28 days, i.e. four weeks!

From a purely functional point of view, the Huami Amazfit Neo provides a similar experience to the Amazfit Bip, but without a color display and GPS. With its retro design, Amazfit can certainly provide a touch of nostalgia and is sure to secure some buyers. We do not yet know whether music control or other functions of the Bip S are also available, but we are trying to find a test device. What do you think of the Amazfit Neo?