11 Kommentare September 11, 2019by Thorben
Hey, guys! Just a heads up: The linked offer is already a bit older and the price of the gadget might have changed or it might not be available anymore. 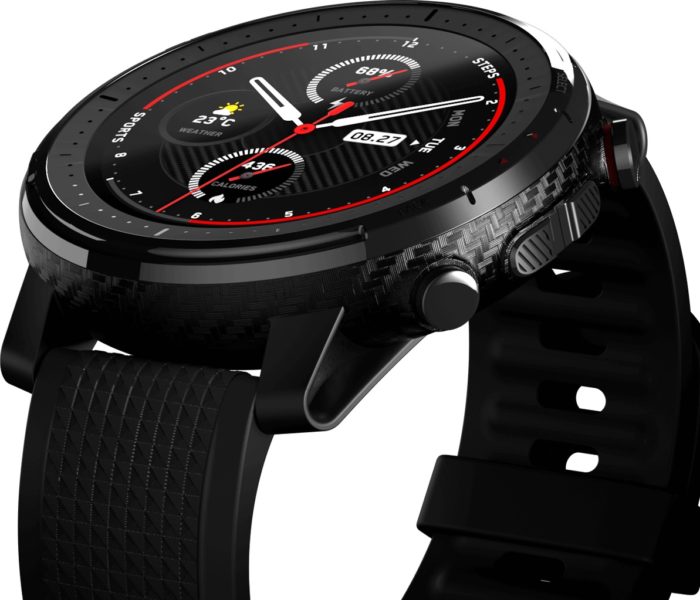 In this article we use different names for the Huami Amazfit Sports Watch 3. This is its real name in China, but this series is known as Pace (1st generation) and Stratos (2nd generation). Therefore we refer to the Stratos 3 or Pace 3 in the text. 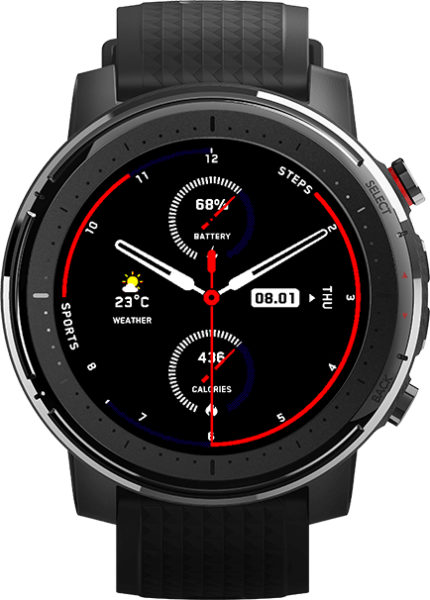 The so-called FullMoon display is therefore always on and even better readable in strong sunlight. This is also known from the cheaper Amazfit Bip. But here the resolution is a striking difference, the Stratos 3/Pace 3 offers a resolution of 320 x 320 pixels.

The watch case here again consists of a mix of metal and polycarbonate in a carbon look. With a weight of 59.6 g, it is somewhat heavier than the Amazfit GTR. Also the thickness of 13.4 mm is rather above average and comparable with the Verge Lite of the manufacturer. The Corning Gorilla Glass 3, which protects the display panel, certainly contributes to the weight. The Amazfit Sports Watch 3 Elite version is actually even heavier.

The bracelet is made of silicone as usual for a Sport-Smartwatch and offers the popular width of 22 mm. This is easy to replace if you want to wear a different strap for a more chic occasion. The watch is protected against water according to the ATM 5 classification, so showering and swimming should not be a problem.

The Pace 3 or Stratos 3 offers one more button on the side than in the previous generation. In addition to the touch screen, the four keys serve as a control element for the clock. This is certainly a practical advantage, especially during sporting activities. Between the two function keys on the right there are now navigation keys with “Top” and “Bottom” symbols.

4 GB memory for your music

Even though the Amazfit Stratos/Pace 3 focuses strongly on sport, it is still more “Smartwatch” than, for example, the GTR. After all, the manufacturer uses internal memory with an average capacity of 4 GB. In addition, there is 512 MB RAM, a combination that has already proven its worth at Amazfit. So yes, you can load music files onto the Stratos 3 and listen to music via paired Bluetooth headphones. After deducting the operating system, there is still room for about 380 songs. 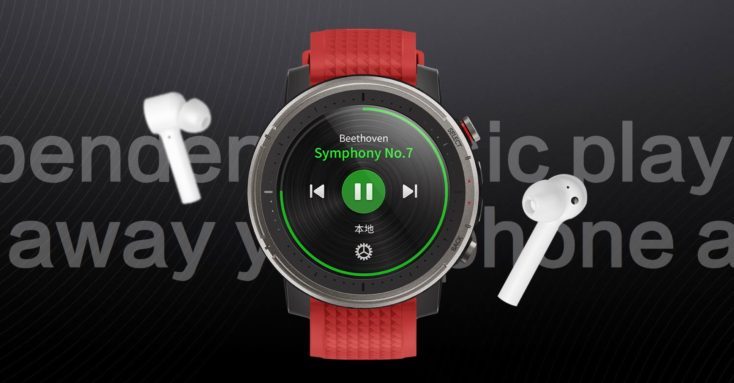 The 300 mAh battery in the watch can be used in two different ways. In the “Smart Mode” you get the full functionality and can use it for about 7 days, which of course also depends on the usage. In “Ultra Mode” the running time doubles to about two weeks, but then you have to cope with the standard settings, but at least you don’t even have to do without the permanent pulse measurement.

For sports modes, the Amazfit Stratos 3 integrates several sensors at the same time. As with the GTS, you get the optical BioTracker PPG sensor, an acceleration sensor, a gyro sensor, a barometer and a geomagnetic sensor. 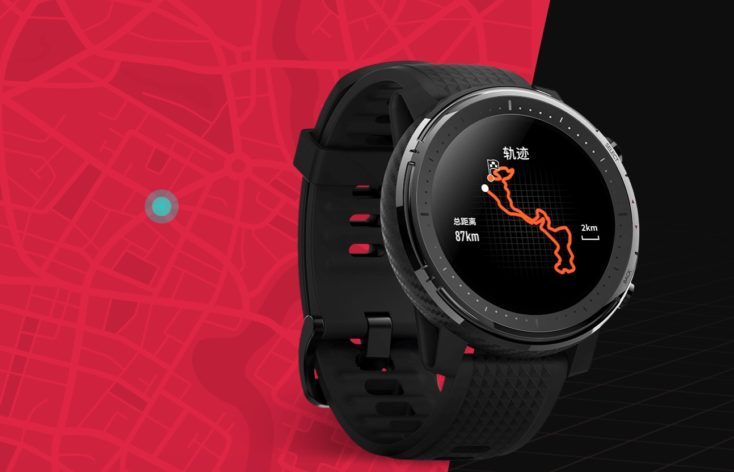 The number of possible connections is almost reminiscent of a smartphone. As mentioned before, Bluetooth 5 is of course also on board to guarantee the connection to the mobile phone, but also to headphones. The clock can also be integrated into the local network via 2.4 GHz 802.11 b/g/n WiFi. Huami implements GPS, GLONASS, Beidou and Galileo for location determination.

The range of functions of the Pace 3 also concentrates on sports. The manufacturer supplies a total of 19 sport modes, five more than the predecessor. In addition to the well-known modes such as jogging (indoor, outdoor), walking, cycling (indoor, outdoor), swimming, stepping, skiing and free training, there are dedicated sports such as football and tennis. For data analysis, the watch uses the FIRSTBEAT algorithm, which is also widely used by professional athletes.

In addition, there are common clock functions such as an alarm clock, timer, the weather display, but also the notification function. Currently only the China version is available, so there are no other languages yet, you have to make do with Chinese or English. Also the possibility to use the integrated NFC for public transport tickets is denied to our Asian friends. 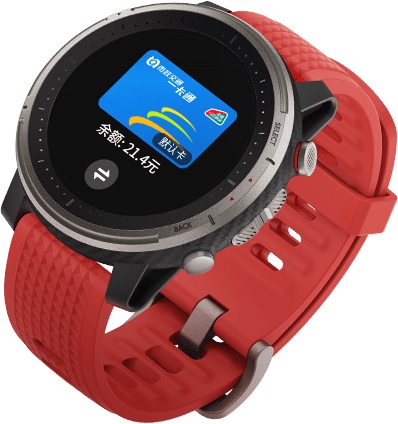 The Huami Amazfit Stratos 3 or Pace 3 seems to be a worthy successor. However, it doesn’t do much differently than the Stratos, except for a few new sports modes and the apparently improved battery life. We hope that the fourth key will prove useful as an additional control element.

Do you already have one of the predecessors in use? What improvements do you want?