[Update] 90 days postponement: Google may continue to do business with Huawei

7 Kommentare May 20, 2019by Thorben
Hey, guys! Just a heads up: The linked offer is already a bit older and the price of the gadget might have changed or it might not be available anymore.

The US government, more specifically the US Department of Commerce, has partially relaxed restrictions on American companies trading with Huawei. For 90 days Huawei may now purchase US products and work with US companies.
For Huawei’s smartphone and tablet division, this means that for 90 days they can once again cooperate with Google and provide their current devices with the latest updates directly from Google. However, new devices are exempt from the delay and may not be sold with Google services as long as they are not already on the market.

Bad news for all Huawei users. Due to the US telecommunications emergency, Google terminates cooperation with Huawei. This means that Huawei smartphones will no longer be provided with Android updates and will no longer be able to access Google services. App updates are not affected and the Android security patches can also be obtained from the Android Open Source Project (AOSP). 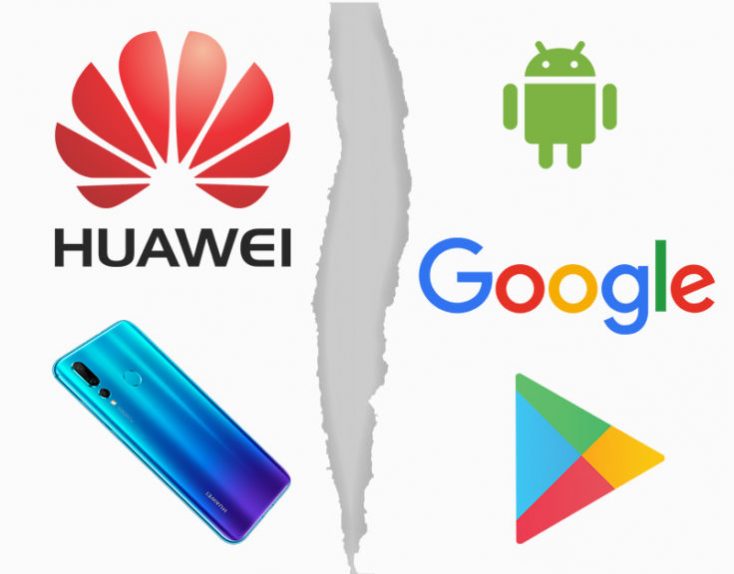 Huawei smartphones in the future without Play Store

The terminated cooperation covers all current smartphones as well as future smartphones. If you currently own a Huawei or Honor smartphone, you can still use the Android operating system including all Google services. However, these smartphones will no longer be provided with version updates! But at least security updates can still be distributed thanks to the Android Open Source Project. After all, this project is not affected by the terminated cooperation.

Even more serious is this drastic step for future Huawei smartphones. Google is no longer allowed to supply the world’s second largest smartphone manufacturer with hardware and software. Future smartphones from this manufacturer will therefore no longer be able to access the Google Play Store and the associated services, nor will they be able to access Google services à la Gmail or Google Maps. Although Huawei Android may continue to use as an operating system because it is open source, without the essential Google services such as the Play Store including Google Play Protect, this makes little sense.

Android without Google – does it work?

How Huawei wants to deal with it now is not yet clear. We have been working on our own operating system for quite some time, but it is doubtful whether it can be launched in the near future. After all, the manufacturer already has some of its own services that are pre-installed on the smartphones. Both its own app store and its own mail client etc. are available. This gives you at least a basic structure on which to build.

This is definitely a severe setback for Huawei, who are now under pressure to move because they can quickly lose many users. After all, this decision also concerns Honor, a subsidiary brand of Huawei that is equipped with the same hardware and software as the Huawei smartphones. In addition, other US companies such as Intel and Qualcomm have terminated their cooperation. Thanks to Huaweis’s own HiSilicon chips, this decision in the hardware sector is not quite as hard.

In the meantime, at least Huawei Germany has issued a statement on the current events.

“HUAWEI has made significant contributions to the development and growth of Android worldwide. As one of Android’s global key partners, we have worked closely with their open source platform to develop an ecosystem that benefits both users and industry.

HUAWEI will continue to provide security updates and services for all existing HUAWEI and Honor smartphones and tablets. This applies to devices sold and in stock worldwide.

We will continue to work on developing a secure and sustainable software ecosystem to provide the best possible user experience worldwide”.

This confirms that security updates will continue to be delivered for existing devices. It also shows that the devices produced to date and those currently being sold will also benefit from such updates. In addition, the company seems to be working on its own operating system in the long term so that it will no longer be dependent on Google.

At this point, many thanks to Huawei Germany, who could quickly provide us with a statement on the problem.

How do you think Huawei will react? Would you still get a Huawei smartphone?