0 Kommentare December 31, 2021 by Fabian
Hey, guys! Just a heads up: The linked offer is already a bit older and the price of the gadget might have changed or it might not be available anymore.

HUAWEI starts the new year with the MateBook X Pro 2022. Once again, they work on the display and now support a 90 Hz refresh rate and can reach a brightness of up to 500 nits. But things are also getting interesting in other areas. If you put the 2021 and 2022 versions of the MateBook X Pro next to each other, you won’t be able to see too many differences. 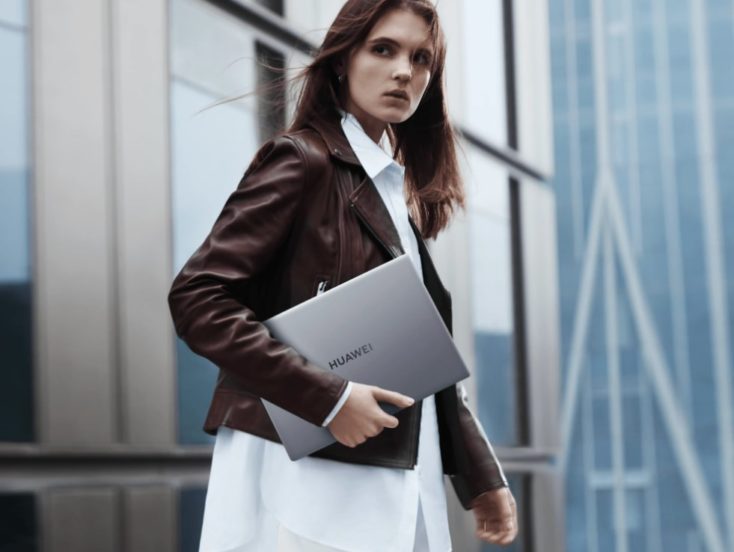 Unless you own the Emerald Green variant of the 2021 edition, because it will be omitted this time. The X Pro 2022 will only be available in the Space Grey variant.

Since it is currently still the Chinese version, the keyboard layout is QWERTY. The webcam has also been removed from the keyboard of the MateBook X Pro and is once again at the top of the screen. The large touchpad is once again underneath the keyboard, but it has new tricks in store in the 2022 variant.

You can now scroll through a video via swiping movements on the upper side of the touchpad, a swipe to the left increases/decreases the brightness and the volume on the right side according to the same principle. If you tap twice on the touchpad with your knuckle, you can take a screenshot and two fingers start a screen recording. I have to say, I find these functions very clever and they are certainly practical.

Improvements to the screen on all fronts

The display has been enlarged from 13.9 inches to 14.2 inches and the screen-to-body ratio has been increased at the same time. Therefore, you can probably install a larger display here without increasing the size of the notebook. The resolution also increases to 3120 x 2080 pixels, which is why HUAWEI no longer calls this a 3K, but a 3.1K display. 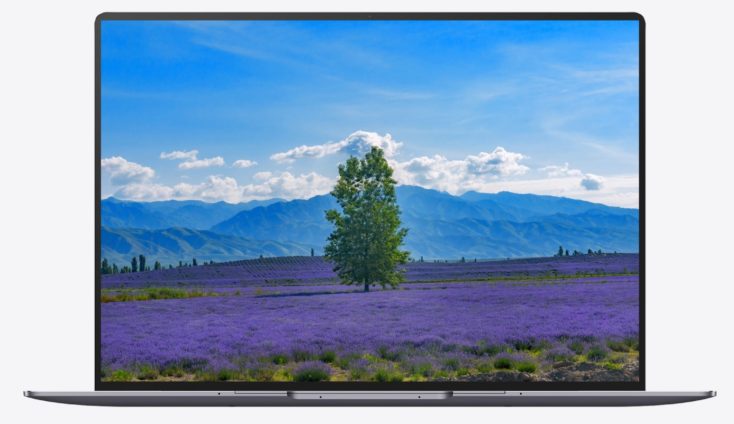 It is also again arranged in a 3:2 aspect ratio. There is no need to worry about color fidelity because the MateBook covers 100% of the sRGB and P3 color space with a Delta E < 1. The brightness has been increased even more from 450 to 500 nits. The increased refresh rate of 90 Hz is completely new.

An Intel processor is once again used. The Intel Core i7-1195G7 with four cores and 8 threads at a maximum clock rate of 5 GHz is installed. In addition, there is the integrated Intel Iris Xe G7 graphics card with 96 EUs (Execution Units). 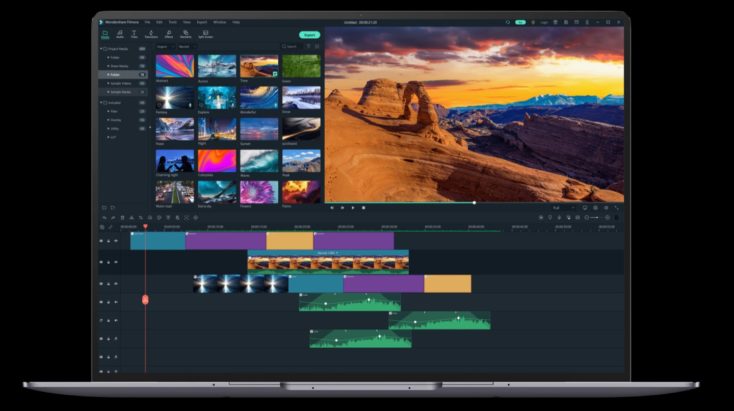 In terms of memory, there is 16 GB of LPDDR4 working memory and a 1 TB NVMe PCIe SSD. This is decent hardware for many productive purposes, but it is less suitable for gaming.

Four USB-C ports at once

Long live USB-C is what you think when you look at the ports. Besides the headphone jack, we only find 4x USB-C with support for data, charging & DisplayPort image transfer. There is no information about the specifications of the ports, at best it is USB 4 with Thunderbolt 4. 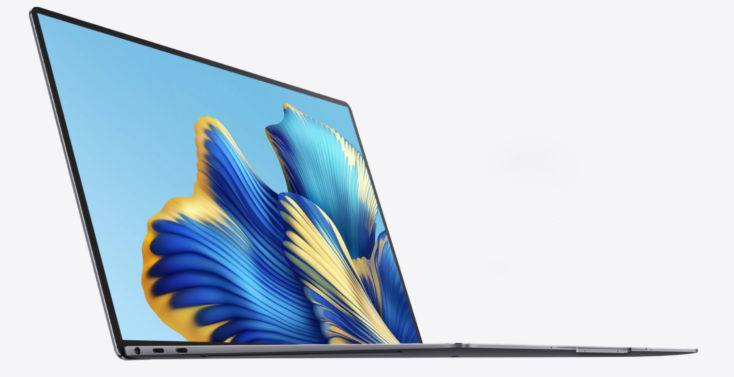 Besides the webcam, you also need a microphone for video conferencing. Four of them are installed and supported by an electronic noise suppression. This should make your voice louder and disturbing noises quieter. You can then listen to others via the Matebook’s 6 built-in speakers. Speaking of the webcam, it is supposed to be able to unlock the notebook with your face in addition to the fingerprint scanner. 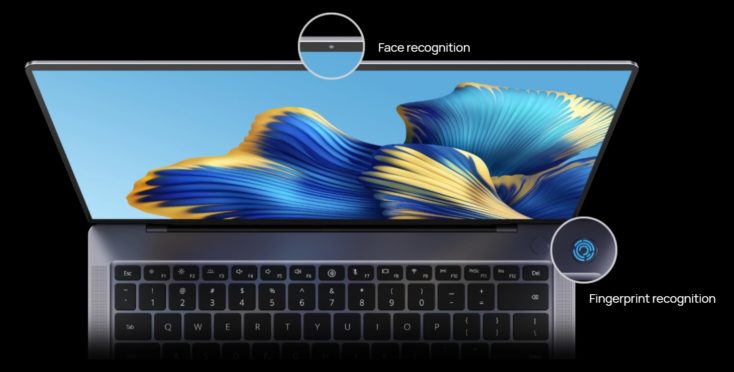 The notebook is shipped with Windows 11, the brand-new Windows version. This means that Android apps will also be available on your notebook in the future.

It wouldn’t be a HUAWEI device if they didn’t include the entire ecosystem as well. If you have a HUAWEI smartphone, you can mirror apps from it to your notebook or access the memory. The same applies to tablets, which you can use for drawing or as a second screen. 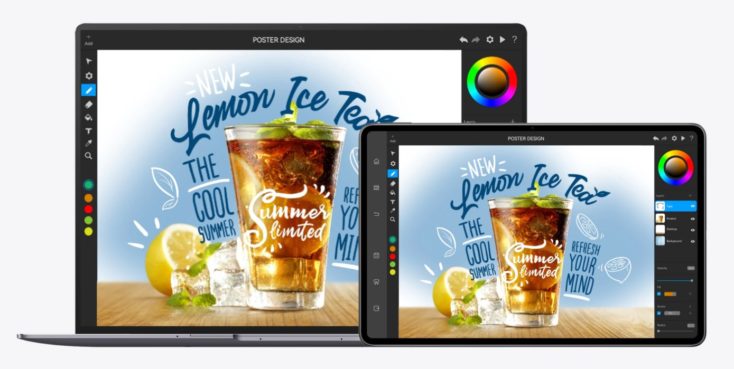 Of course, HUAWEI monitors are also compatible, and depending on the model, they can even be connected wirelessly. You even have HUAWEI headphones or the new Sound Joy? Of course, a pop-up asks you whether you want to connect to the device here as well. Meanwhile, you almost compete with Apple here with the number of possibilities.

HUAWEI’s PC manager software also gets company this time. New is the AI Search software, which searches your device memory, the Internet, and connected devices. As long as it works well and you get what you are looking for, it could be handy. However, Microsoft has already proven that this can backfire with its Windows 10 search.

Of course, the MateBook also needs power. Therefore, a 60 Wh battery is installed. Charging is done via the 65W SuperCharge charger with USB-C.

Is the MateBook X Pro 2022 worth it in your opinion?