2 Kommentare November 22, 2019by Thorben
Hey, guys! Just a heads up: The linked offer is already a bit older and the price of the gadget might have changed or it might not be available anymore.

There are already plenty of tablets, high-end tablets such as the iPad Pro or the new Samsung Galaxy Tab S6 have only been launched relatively recently. Now a Huawei MatePad Pro is being sent into the race, which is based on the new Kirin 990 processor and 5G and will be introduced on November 25th. We have summarized all previous info & leaks here for you. 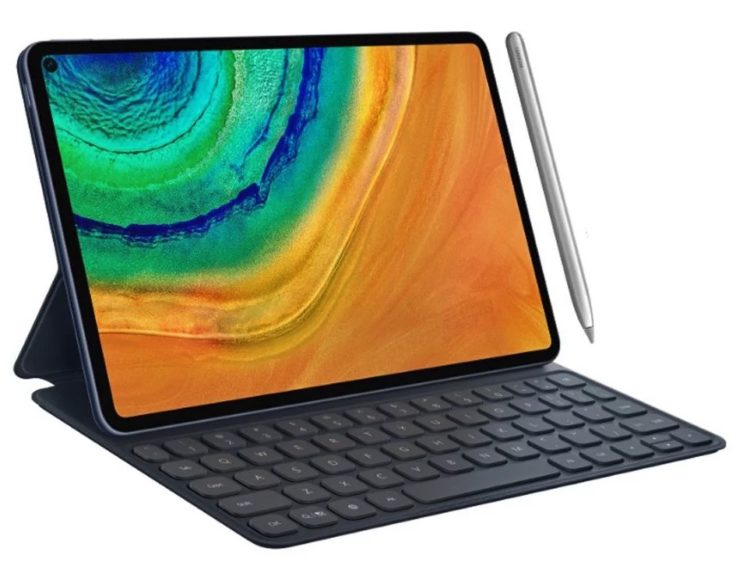 The first tablet with Hole-Punch Display

With the Huawei MatePad Pro, Huawei would create a whole new series, and a MediaPad successor has been expected. The MediaPad M6 in the China version was only tested in mid-2019, so a successor would have been a bit early. But it seems that you want to stand out from the crowd. The special feature of the display is supposedly the punch hole design. This means that the front camera is located in the top right or top left corner of the display, similar to the Honor 20 Pro for example. The tablet should also contain a fingerprint sensor in the display! 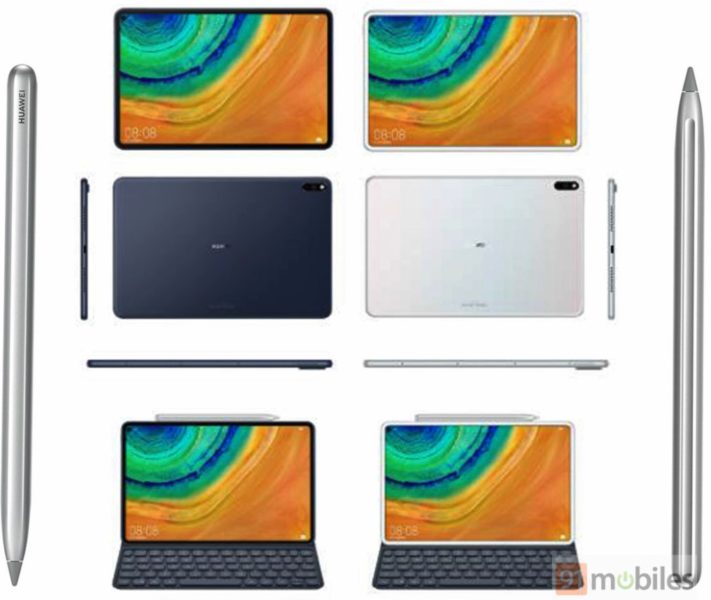 Huawei is still keeping a low profile, but it is rumored that the display of the Huawei MatePad Pro should offer a resolution of 2560 x 1440 pixels. The size of the diagonal remains a mystery. But it should support the M-Pen stylus and also offer a dedicated connection for a magnetic keyboard. There should even be a dual camera on the back, if you can trust the rumors. However, several leaks have already confirmed that the MatePad Pro is available in four colours: blue, white, green and orange. 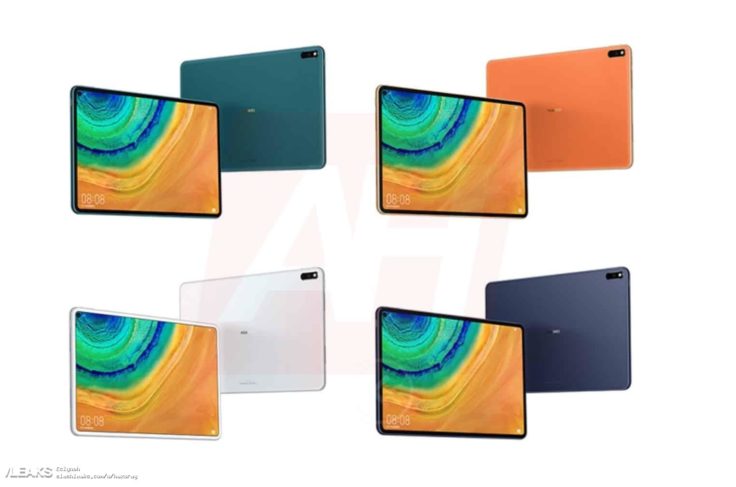 The first geekbench benchmarks that have already seen the light of day reveal that this is a high-end tablet. From the result and the clock frequency it can be concluded that the HiSilicon Kirin 990 processor should be used. It’s also in the new Huawei Mate 30 Pro and should find its way into the Honor V30. The Octa-Core CPU is currently the most powerful chip from Huawei. The Geekbench benchmark also reveals that the MatePad Pro should be equipped with 6 GB RAM, at least 64 GB of internal memory are probably more than likely, whereby there are certainly several memory variants. 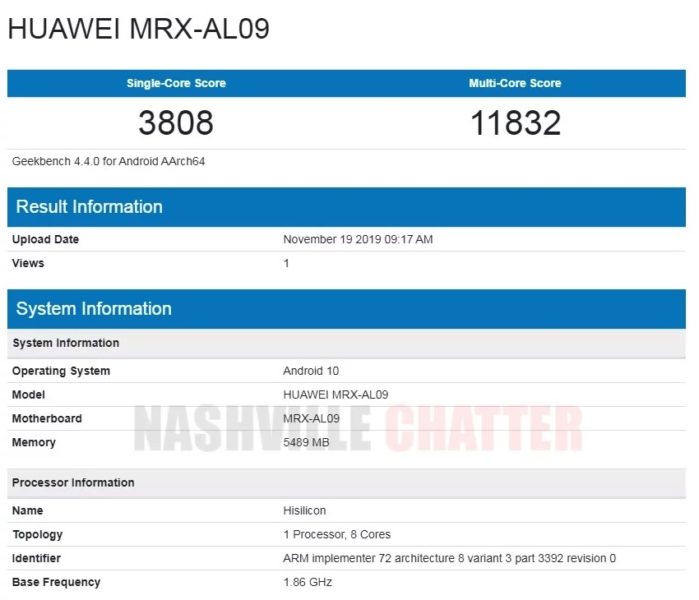 Unfortunately, it is also not yet known how big the battery should be in the end. A 40W charger should be included in the scope of delivery, so that the larger battery of the tablet can be charged at least relatively quickly. Moreover, it is clear that the device supports Bluetooth 5 and comes in at least different versions. So there is a WiFi version and of course also an LTE version.

There might even be a 5G version, but there is no confirmation yet. This would compete with the Samsung Galaxy Tab S6, which will get a 5G upgrade.

With the Huawei MediaPad M6 we have had our previous favorite among the China tablets in the test, here there is still a lack of a global version. Therefore, and also because Huawei still has to struggle with the sanctions of the USA, we are still sceptical if and when the MatePad Pro could come to Europe and if it integrates Google services. After all, the Mate 30 Pro with the same CPU did not succeed. If you ignore that, however, we are dealing with a very interesting tablet, which should definitely attract attention with Hole-Punch Display and 5G – even if the price will be accordingly high.

How do you see the need for such high-end tablets? Could they replace a notebook in the long run?