0 Kommentare June 13, 2019by Thorben
Hey, guys! Just a heads up: The linked offer is already a bit older and the price of the gadget might have changed or it might not be available anymore.

During the beautiful, warm season you also need beautiful decoration? But buy new tea lights every time? With wax that you can never really get out of something? This is no longer necessary with the Opple LED candle. You can find out in the test whether this is really so good. 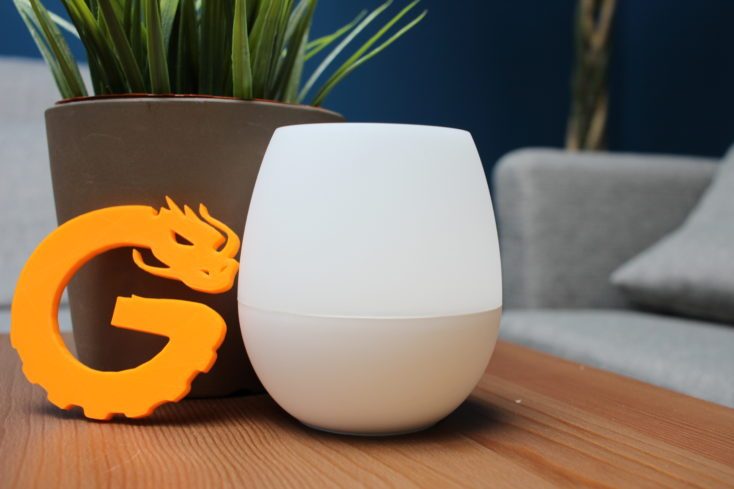 At GearVita the candle is called “Huawei Opple LED Candle Light”, which made us wonder. But a short Google search shows how this name comes about. Huawei and the Chinese company Opple, which produces lighting products, recently announced a cooperation in the Smarthome sector. At GearVita it becomes “Huawei Opple”. Actually this LED light has nothing to do with Huawei but is produced and sold by Opple according to our information.

Scope of delivery of the Opple LED candle

The gadget comes in a 9.0 x 10.0 x 9.0 cm box and weighs 182 g. The box contains a microUSB cable (without adapter), a Chinese manual and of course the candle itself. Very clear, but that’s all it takes.

The gap dimensions are all the same. Nothing wobbles or rattles. The buttons are well made and can be used sensibly. Also the microUSB connection is good. The cable is stuck in the slot, but can easily be loosened again. The LED candle has a nice, warm and quiet light. The LEDs of the battery indicator also work perfectly and do their job.

Opple LED candle and its operation

The Opple LED candle has a button for switching on and off. But the LED is not switched on yet! There is a button to switch through the three different light levels on the ground and last but not least a microphone next to the LED to “light” and blow out the LED candle.

After switching on the candle, you have to blow into the microphone or say something (in a louder tone). So the LED starts to “burn”. With the button at the bottom of the candle you can adjust the three different light levels to get the desired light. One press is enough.

As already written before, there are three different light levels to choose from. The fact that it is just a single LED is no problem in my eyes: The Opple LED candle serves as decoration for warm summer evenings or the dining table and therefore does not have to illuminate a room.

The charging time of the Opple LED candle is two hours. After two hours of use, the candle still has three out of four LEDs on that indicate the battery level. This is because the battery lasts six hours. If you really get to the six hours, one of the indicator LEDs will blink when the battery is empty. I.e. quickly to the charging cable with it.

Conclusion of the Opple LED candle

The Opple LED candle is a good decorative item, with which you can decorate your terrace, balcony or windowsill in the upcoming summer time. No more wax residues; you don’t have to drive around because you don’t have tea lights.

The price is a little too high for my feeling, but due to the good workmanship it is still ok. No too big gap dimensions, no button wobbles, the microUSB connection is not loose. In general I like the design because it is timeless and you can always use it.