0 Kommentare May 21, 2021by Tim
Hey, guys! Just a heads up: The linked offer is already a bit older and the price of the gadget might have changed or it might not be available anymore.

As you probably all know by now, Huawei is much more than just a smartphone manufacturer. The Chinese company even has a robot vacuum cleaner and a battery-powered vacuum cleaner in its range. Recently, the company’s smart bathroom scales have often come free with other products, but the Huawei Scale 3, which has now been launched in China, offers much more than the previous models. Finally accurate readings in the app? 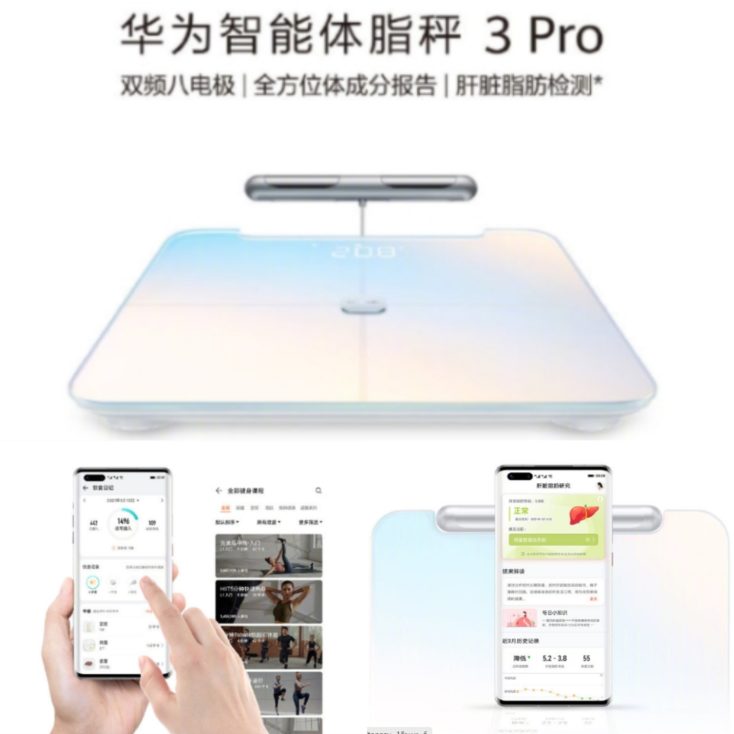 Is the Huawei Scale 3 Pro worth it?

Huawei has brought a lot of new products onto the market in a very short time, including in the smart home sector. The fact that there is also a scale is probably a surprise to only a few. Smart personal scales, such as the not quite direct predecessor model Honor Scale 2, record numerous measurements in addition to weight and display them in an app. In this case, in the Huawei Health App (Android, iOS). The shortcoming of the Scale 2 is that the sensors can only measure below the upper body, i.e. up to the torso. The missing values for the upper body are extrapolated using those of the torso. Clearly, not everything can be measured exactly.

Huawei also seems to have thought about the situation described and provides a handle with 8 electrodes that can also measure the upper part of the body with its sensors. This logically makes the values displayed in the app more accurate.

People of different body types between 6-80 years can use the scale, according to Huawei. It is not yet clear how many readings can be recorded, but you can expect 15 readings upwards here, as this is a normal value for smart bathroom scales without the measuring handle. Two AA batteries should be enough to keep the scales in operation for a year – calculated with one daily use. As is familiar from Huawei scales, there is an LED display at the top that only appears when someone stands on the scale. The weight is displayed there in the classic way, and possibly also other measured values. The Scale 3 Pro weighs an average of 2.2 kg and, measuring 32.0 x 32.0 x 7.9 cm, takes up about as much space as other commercially available scales.

In China, the launch price is 499 yuan, which is about 63€/$78. So it’s not too cheap, especially when you consider that the price in this country will probably be even higher. Do you think such a price is reasonable – provided it delivers what it promises?