0 Kommentare March 2, 2019by Jens
Hey, guys! Just a heads up: The linked offer is already a bit older and the price of the gadget might have changed or it might not be available anymore.

The Zino is probably the most eagerly awaited drone from Hubsan this year. Stable 4K videos at the usual low price also sound really tempting. Will the drone be the next big shot for Hubsan? 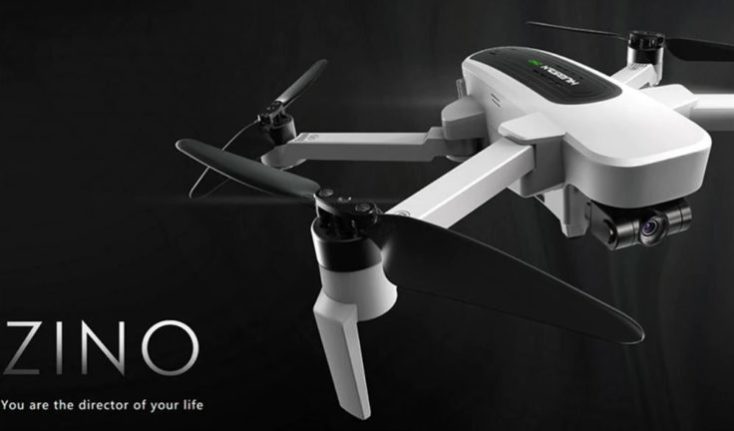 Hubsan also relies on the foldable arms, which are also used in the DJI drones. All four arms can be folded, which gives the otherwise 28 x 28 cm drone a compact size. Otherwise there will be no surprises. The drone, which is mostly white, makes a less “round” impression and has more corners and edges than the Mavic 2, for example. But that doesn’t stand out during flight anyway.

The camera is held by a 3-axis gimbal to stabilize the shots. How well this works can be seen in the video material published by Hubsan below. The maximum resolution is 4K at 30 fps. The camera has an f2.2 aperture and a shooting angle of 89°.

The Hubsan X App is then required for the flight. The smartphone is clamped into the remote control as usual and then serves as a display. Here also some adjustment possibilities and functions are offered. Since the drone supports GPS, it naturally masters automatic RTH and can fly waypoints. With the tracking function an object or a person can be tracked.

The Zino will go up to 60 km/h fast and should be able to fly 23 minutes. The range is specified by the manufacturer as one kilometre. 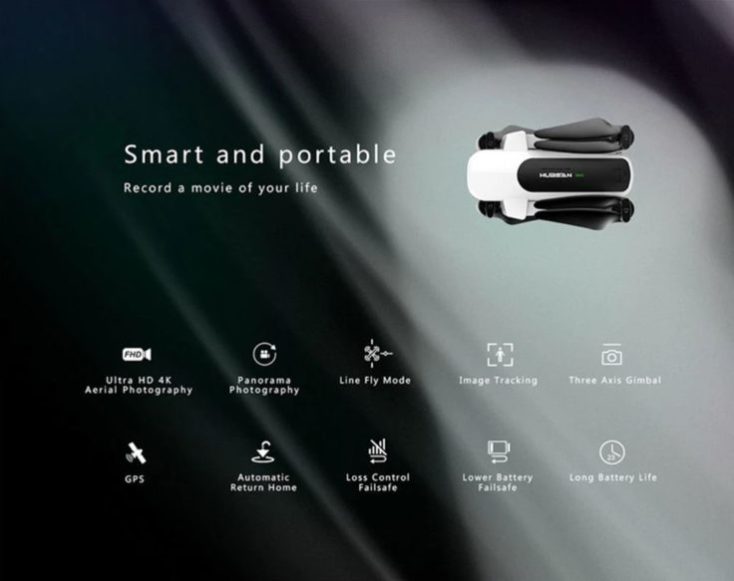 Overall, the Zino sounds promising, especially since the price is pleasingly low. Can Hubsan provide an alternative to the more expensive DJI models? What do you think of the Zino? Is it potentially on your shopping list?