0 Kommentare September 5, 2019by Jens
Hey, guys! Just a heads up: The linked offer is already a bit older and the price of the gadget might have changed or it might not be available anymore.

After the quite popular Zino H117 Hubsan is now launching a Pro version. But apparently not much has changed. What awaits you with the Hubsan Zino Pro? Is it an alternative to the very good FIMI X8 SE? 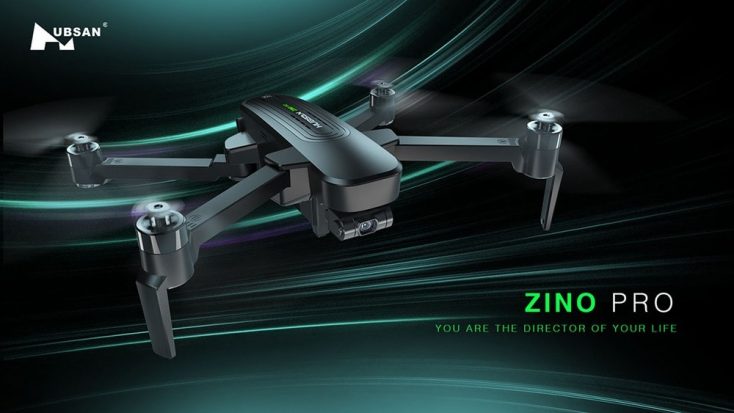 A successor in a new guise?

The first thing you notice is the new color. The Hubsan Zino was mostly white, the Hubsan Zino Pro is only available in black. In addition, the lettering on the top indicates which model it is. In white and green we find “Hubsan Zino Pro” printed here.

Apart from these two features, both drones are completely the same on the outside. The dimensions are the same and the arms are of course foldable again. The weight of the new drones is apparently not mentioned anywhere so far, but there should be no differences here either, because the battery also has the same capacity of 3,000 mAh. Hubsan himself mentions on his own website a maximum speed of 9 m/s, a little over 30 km/h, while the Zino often has 60 km/h in its description.

Not too much seems to have happened here either. On paper, almost all numbers are the same. The battery is the same size and provides up to 23 minutes flight time again. A first difference is the stated range of the drone. According to Hubsan, the Zino Pro can fly up to four kilometers, in contrast to “only” one kilometer with the Zino. This of course opens up new possibilities, but it must be remembered that in Germany you can only fly on sight and ranges of over 500 meters can therefore not be achieved anyway. 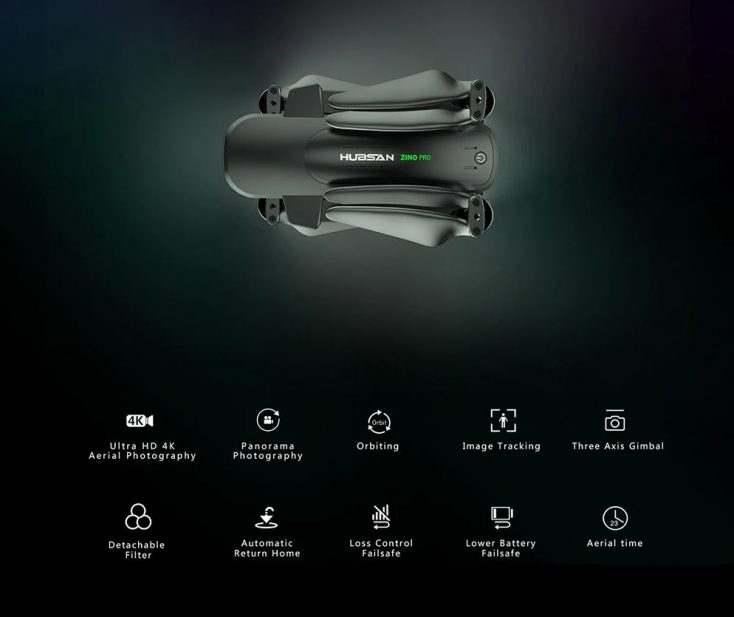 The camera is also the same at first glance. Again we have the possibility to record 4K videos with 30 fps. The lens is interchangeable and can now be replaced with different filters that have to be purchased separately. The advertised features are panorama shots and the “usual” functions like tracking and POI. An RTH function is of course also on board. The automatic return to the start works at the push of a button or automatically if the battery level is too low.

The remote control is similar to that of the Zino, but is now also black/dark grey. In addition to the higher range of the signal, the sticks have also been improved for more precise control. As before, the smartphone is clamped under the remote control and connected to the spark via USB cable.

The Hubsan Zino Pro is a light upgrade to the original drone. You don’t really want to talk about a successor, the differences are too small. The higher range shouldn’t make any difference for most; how good the filters are for the camera remains to be seen. For that you currently pay a good 100 bucks more for the new drone. So far not a very promising deal. Or are we missing something? What do you think of the new Zino?