0 Kommentare December 28, 2020 by Maike
Hey, guys! Just a heads up: The linked offer is already a bit older and the price of the gadget might have changed or it might not be available anymore.

Anyone who has watched a Twitch stream or YouTube video in the last few months has probably come across them. Colorful, triangular and in various constellations, Nanoleaf’s light panels can be found in the background of many influencers and creators. So it was only a matter of time until a Chinese company wanted to follow up on this success. The manufacturer HUIZO is now trying it on Xiaomi’s crowdfunding platform YouPin. A cost-effective alternative? 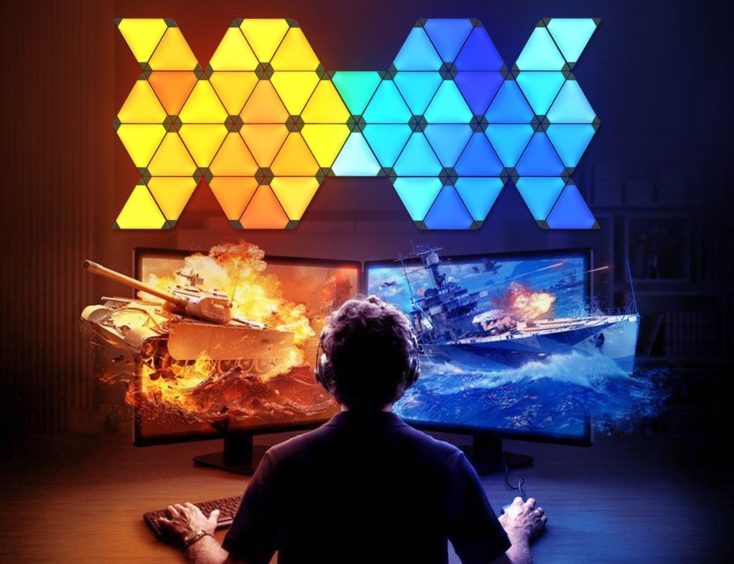 Nanoleafs? What the hell is this?

For those of you who haven’t seen these light panels in action yet. They are triangular panels that can be plugged together in any way depending on your desire and creativity. 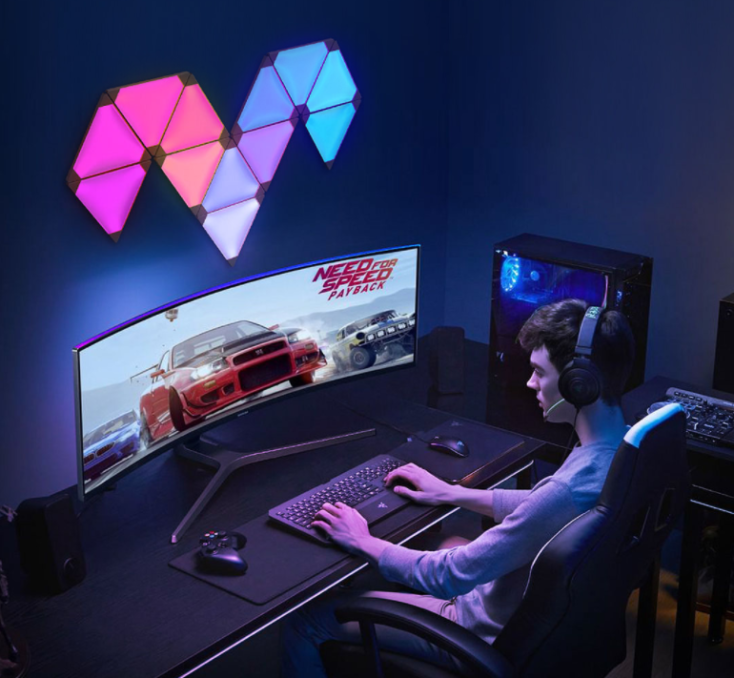 So you can beautify your wall with a colorful glowing motif. The manufacturer Nanoleaf was successful with this and HUIZO has also taken its cue from them.

One of the HUIZO panels measures 250 x 218 x 8 mm, weighs 200 g and consumes 2W. All values that, with little deviation, can also be found in the Nanoleafs. Also the same is the RGB coverage of the two models, as both can display 16 million colors. They are also mounted and connected similarly. With a suitable wall with a flat surface, a double-sided adhesive strip from 3M is all that is needed to hold each panel to the wall.

If your wall is uneven, the Nanoleafs will have to be screwed down after all. The HUIZO panels will probably work in a similar way. They are powered by a controller, which is attached to one of the light panels, the others are then also powered by a connector on the bottom.

With several light panels you can then form all kinds of shapes and thus individualize your wall. In the crowdfunding campaign on YouPin, special emphasis is placed on star signs. 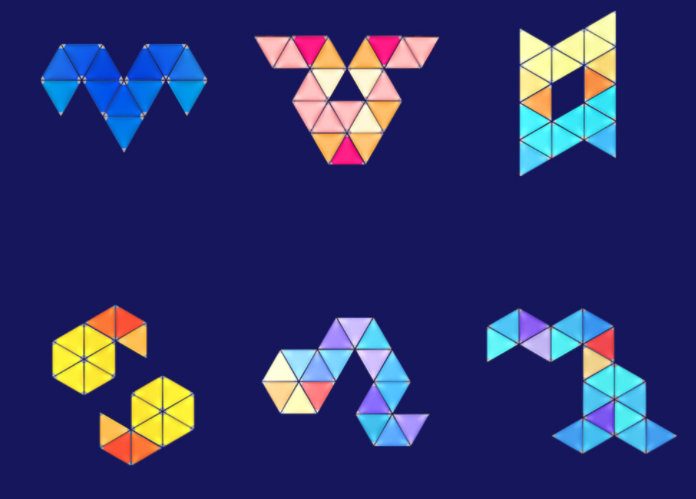 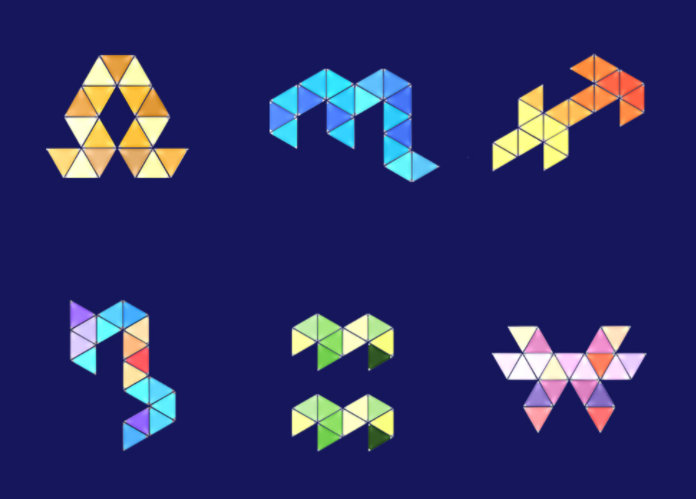 However, you can also form other shapes, such as a strawberry. Ultimately, it’s up to your creative skills or ability to follow a tutorial as to what your wall will end up looking like.

To control the panels, there are some buttons on the controller that are used to adjust the color or brightness. Of course, there is app support here as well, though, and Xiaomi’s Mijia ecosystem is used here. Thus, the lights are probably found in the Xiaomi Home App (iOS / Android). To be able to connect to the app, one uses a WiFi connection with the HUIZO panels. 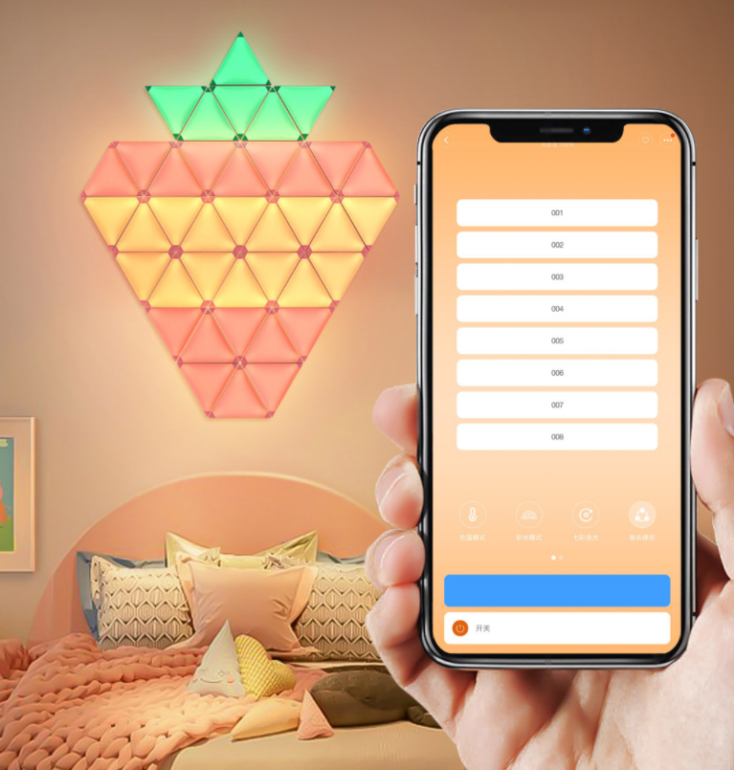 Through the app, you can then also set the color, but also use, for example, a music mode, with which the light panels react to the music playing in the room. They also support a voice assistant, but it is XiaoAI, which probably few can use here, as it only speaks Chinese.

Pretty similar the two products, so why buy in China? If you get a starter set with 9 Nanoleafs for $199.99 here, you only pay 699 yuan (~$107) for 6 HUIZO light panels in the crowdfunding campaign. At YouPin, you can already get 18 pieces for 1599 yuan (~$245)! Of course, you can’t compare the crowdfunding price with the ones you probably pay when importing from China. However, there is still enough room here, so there is probably savings potential anyway. I don’t think a release of these panels outside of China is too likely at the moment, but I’m happy to be surprised.

Credit must be given to the Nanoleafs, however, that they offer a much broader connection to Western ecosystems. You can’t control the HUIZO panels with Alexa, Google or Razer Synapse. But what’s not there yet may yet come. For a long time, Yeelight products have worked with Google Assistant, Alexa, and Siri, but Razer Synapse has also recently joined the mix. To be honest, I’m surprised we don’t have a Yeelight competitor product on the market yet.

What do you guys think of the light panels? Would you hang it on your wall and how much are you willing to pay for it?